For the three Inter-Ac League schools located on this side of the Schuylkill River, points were hard to come by last Saturday at the 2022 track and field championships. 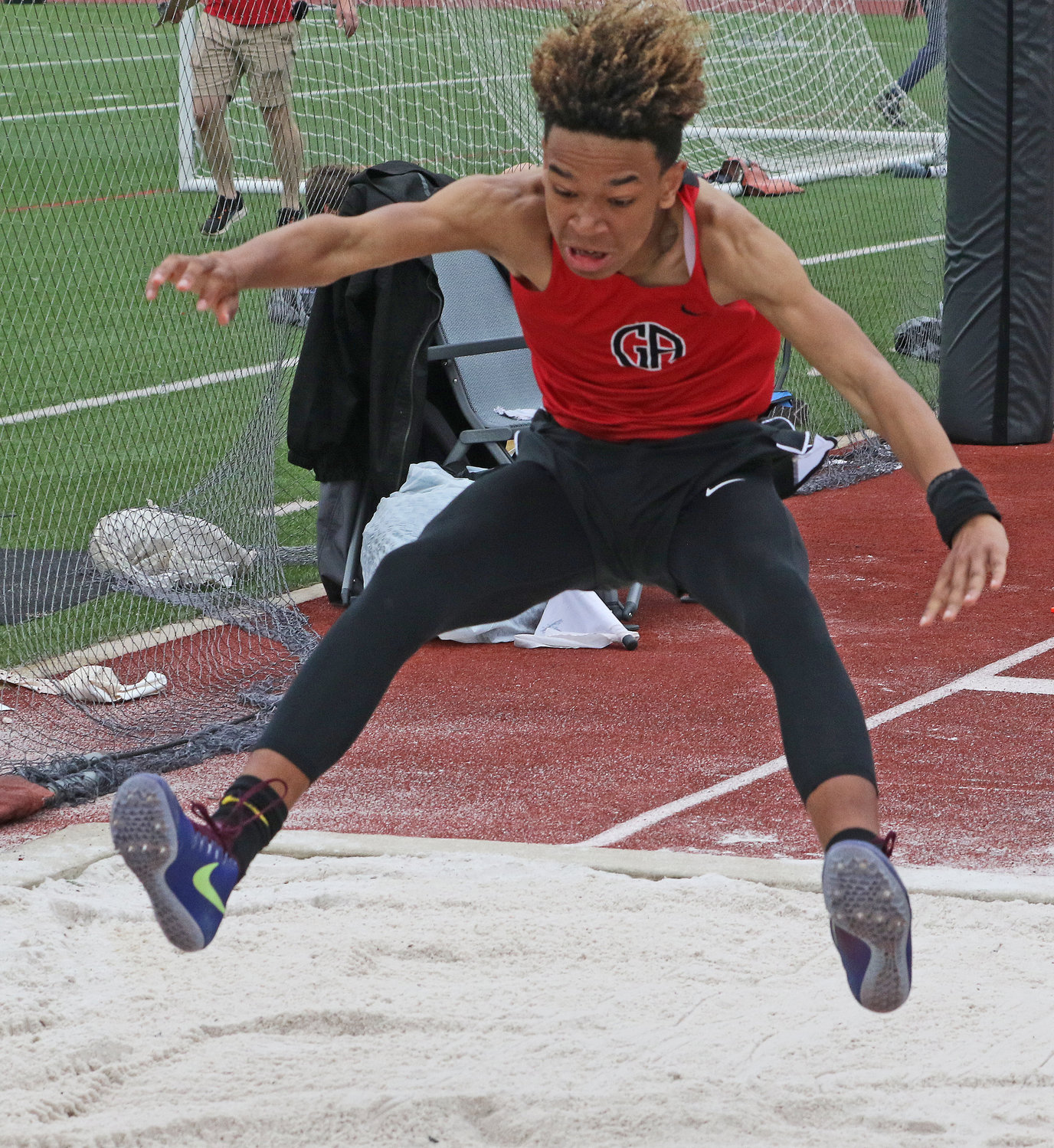 In the long jump, GA sophomore Blake Brown is cleared for landing.  Photo by Tom Utescher 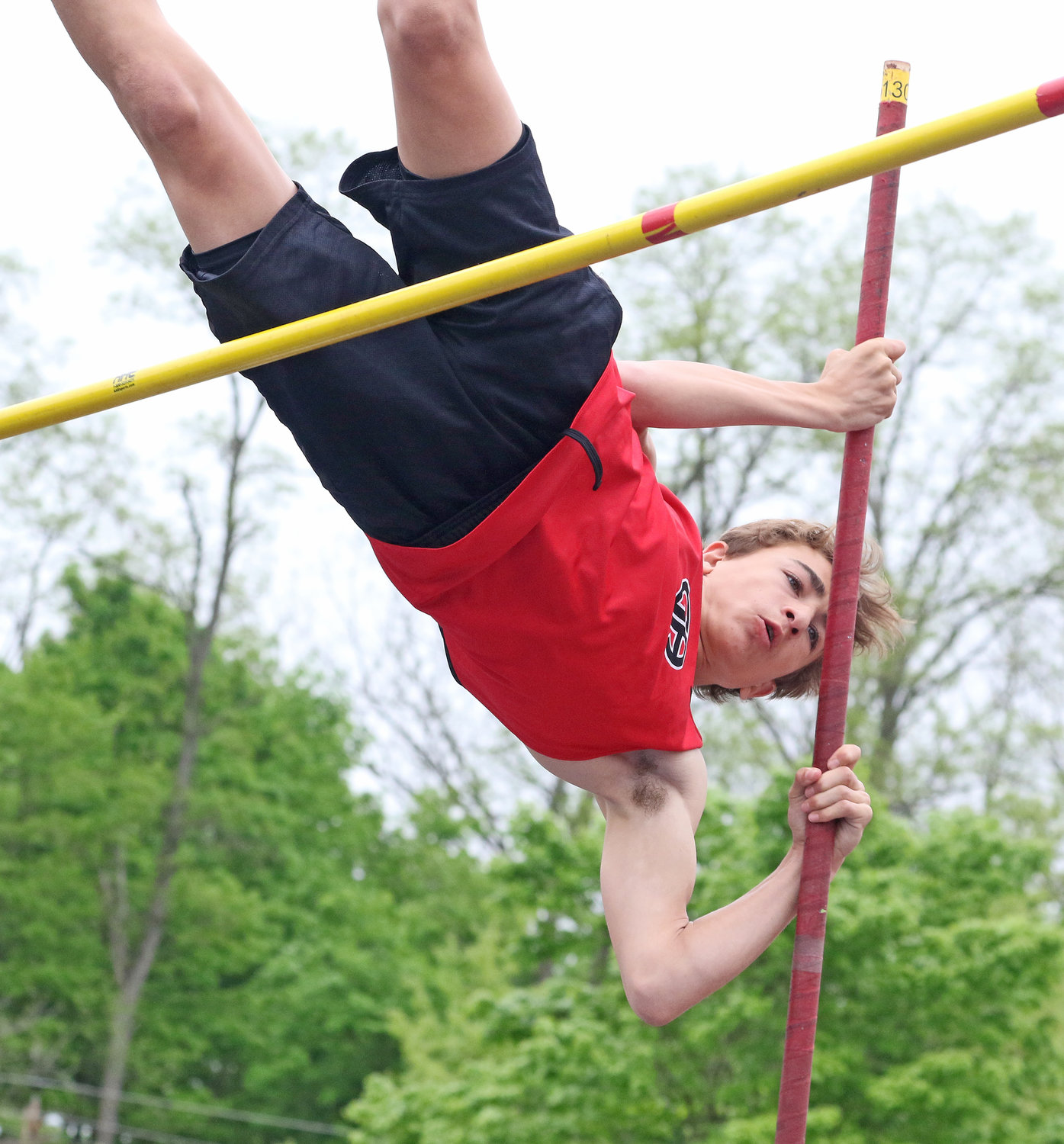 On his way to a fourth-place finish in the pole vault is GA freshman Robby Bright.  Photo by Tom Utescher 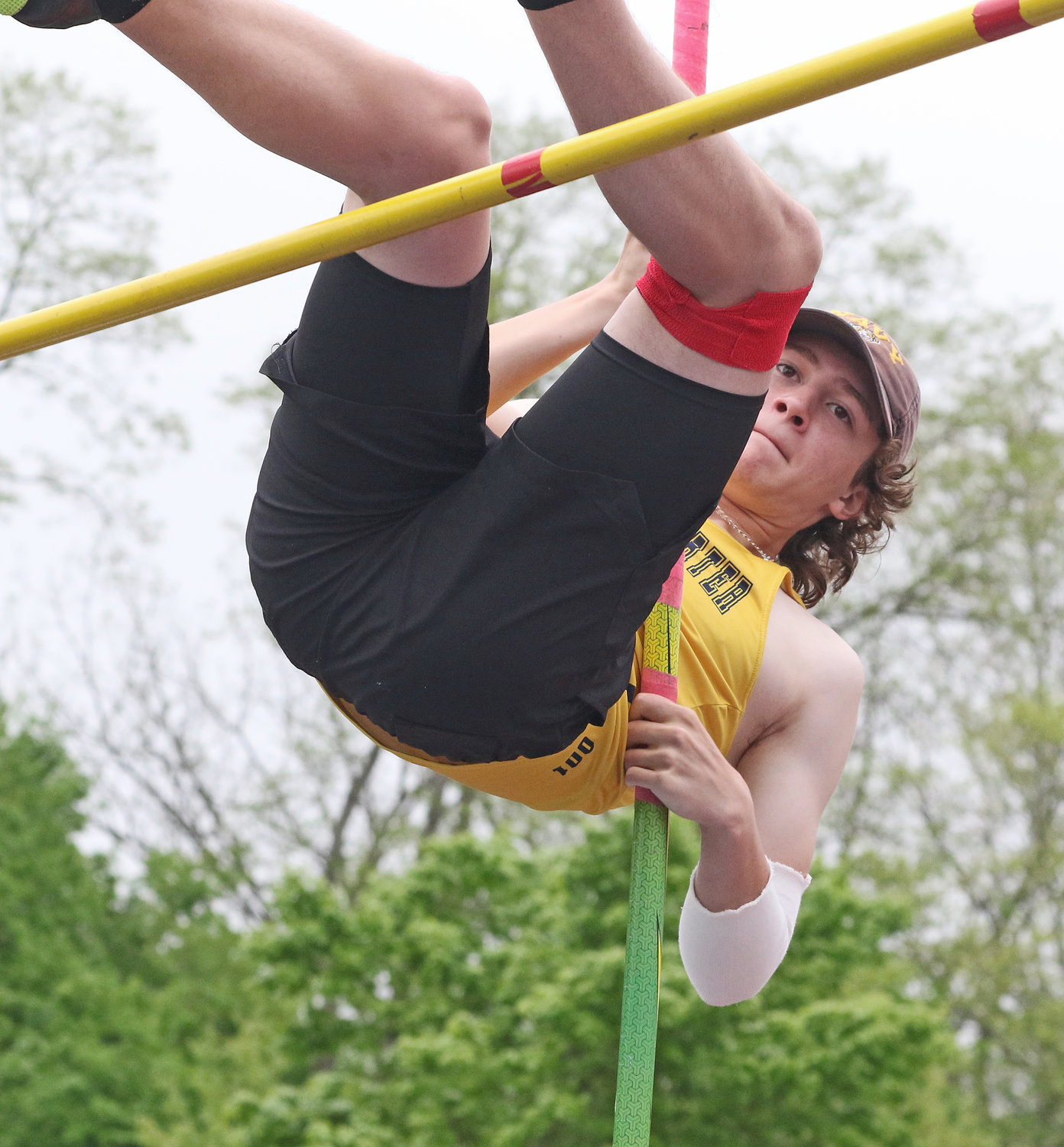 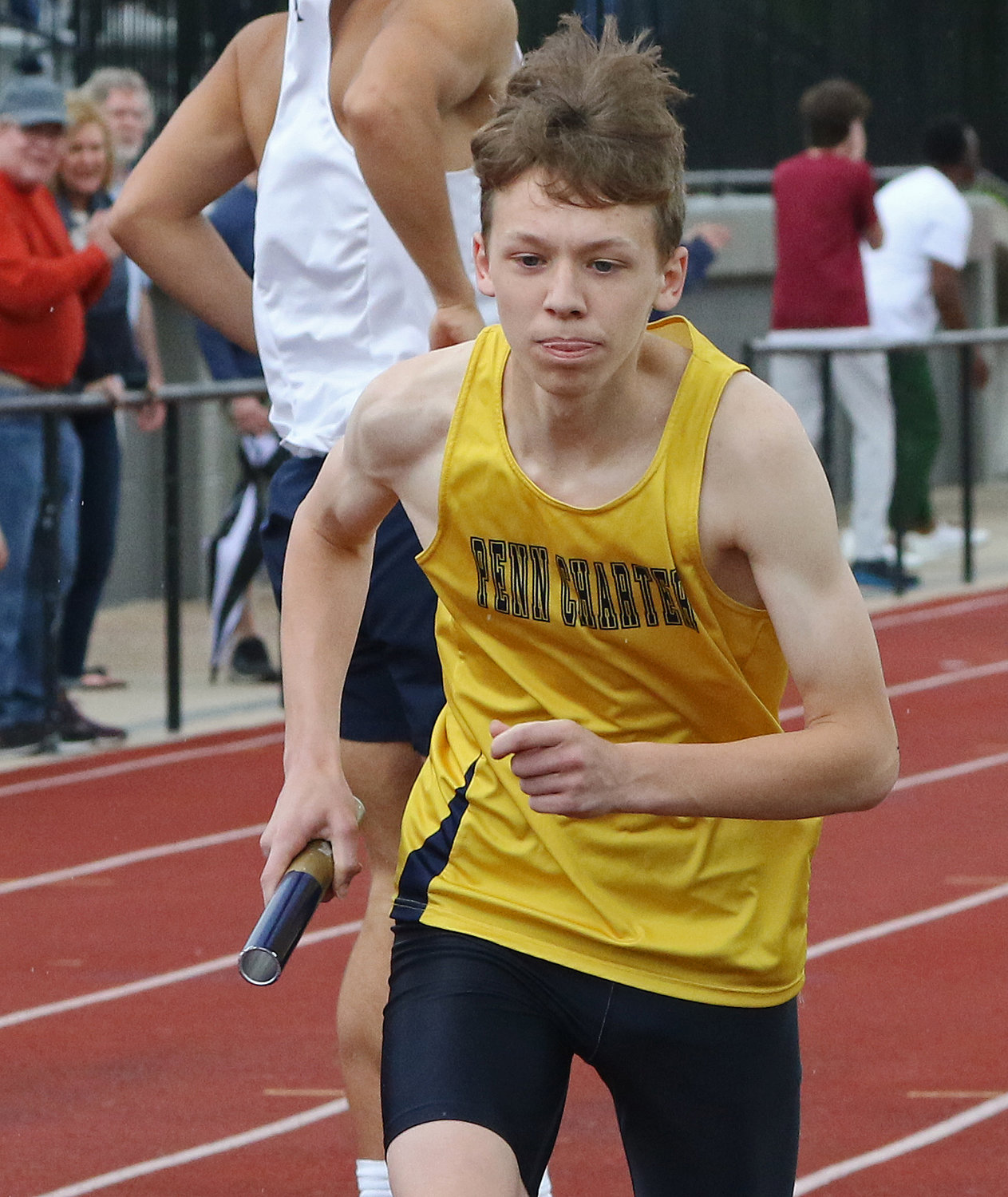 Freshman Nate Johnson was past of Penn Charter's winning 4 x 800 meter relay team.  Photo by Tom Utescher
Previous Next
Posted Wednesday, May 18, 2022 10:13 am
by Tom Utescher

For the three Inter-Ac League schools located on this side of the Schuylkill River, points were hard to come by last Saturday at the 2022 track and field championships.

In the final point tally for the six league schools, Episcopal Academy took the Inter-Ac title in convincing fashion with 184.25 team points, while Malvern Prep was runner-up with 98.75 points and Haverford School came third with 79. Meet host Germantown Academy was fourth in the final standings with 49 points, followed by Springside Chestnut Hill Academy (42) and Penn Charter (37).

The three Main Line squads enjoyed similar success in 2021, although an official champion was not named since the teams were just getting back to normal after the COVID-related cancellation of the 2020 season. In the last official meet in 2019, PC and GA had placed second and third, respectively, after the champions from Haverford.

Although they finished sixth this time, the Quakers did earn the distinction of being the only team from this side of the river to win an event. With a race order of junior Jack Frank, senior Liam McLafferty, freshman Nate Johnson, and senior Nate Luzzi, Penn Charter won the 4 x 800 relay in eight minutes, 29.13 seconds, beating the runner-up quartet from Episcopal by 15 seconds.

Charter placed fourth in the 4 x 400, where senior Liam McLafferty led off ahead of Luzi, Frank, and Johnson.

Individually, the Quakers had sophomore Eddie Kennedy finish second in the 300-meter hurdles while senior Christian Black got third in the triple jumo. Some fifth and sixth-place outcomes completed PC's total.

Accounting for almost half of Springside Chestnut Hill's team tally was senior Henry Brandstadter. He started out earning second place in the high jump and long jump, then added a fourth-place result in the 100-meter dash later on.

Freshman Tony Hicks had a good day with the hurdles, capturing second place in the 110 high hurdles and fourth in the 300's. His classmate Matt McTamney placed third in the shot put.

Like the other schools, Germantown Academy benefitted from athletes who turned out points in more than one event. Junior Vance Thorpe started out with fifth place in the long jump, then added second place in the 100-meter dash and fifth in the 400 when the action moved to the track. He also anchored for the Patriots' fourth-place 4 x 100 relay, following junior JJay Ordillas, and seniors Jacob French and Julian Wilson.

At longer distances, senior Alex Badami came in fourth in both the 1600 and 3200-meter runs.

In the field events, sophomore Blake Brown travelled to third place in the long jump and rose to fourth in the high jump. Also furnishing fourth-place points for the Pats were sophomore shot putter C.J. Mersky and freshman pole vaulter Robby Bright.