How to handle being mistaken for Bernie Sanders

In this, a first installment of The Dude, or “Tales from the Pre-Crypt,” the author considers the everyday slings and arrows of advanced age.

How to handle being mistaken for Bernie Sanders 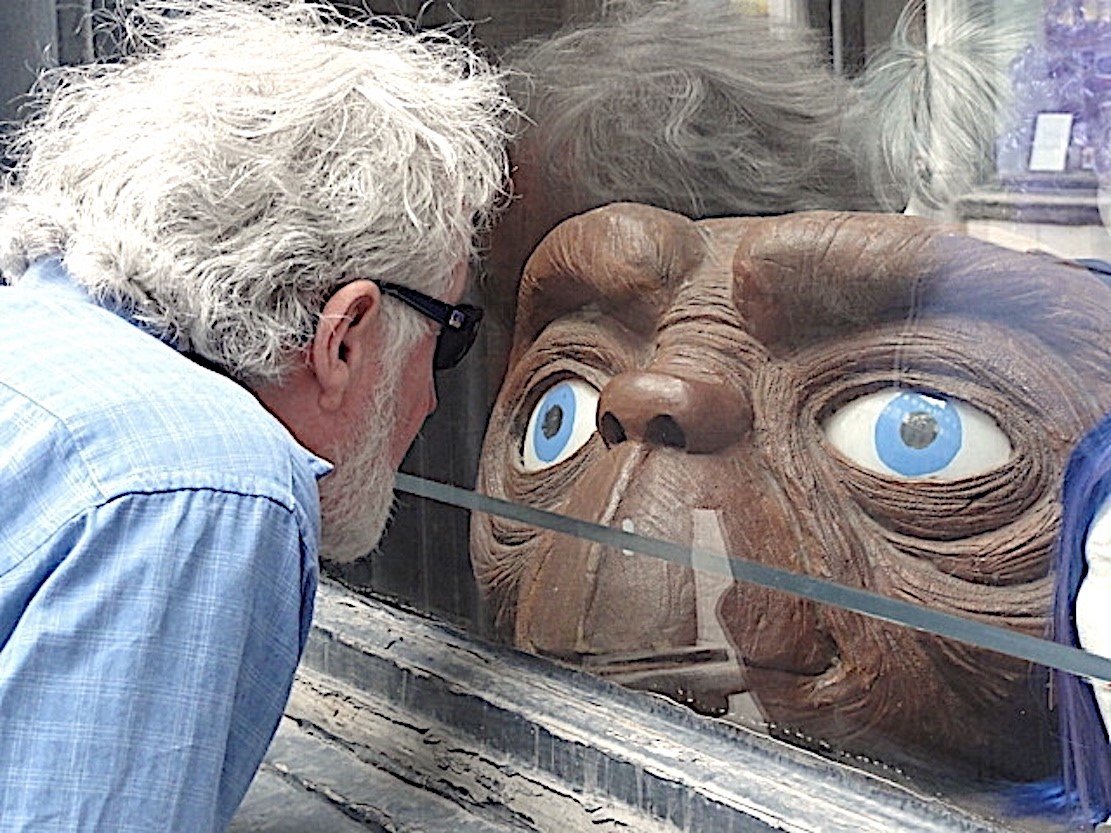 In this, a first installment of The Dude, or “Tales from the Pre-Crypt,” the author considers the everyday slings and arrows of advanced age.

The Dude was on his way, looking his best, cool to the bone, ready to deal and not to get dealt.  He was rockin' his brand: plaid flannel dorm pants (so casual, droopy, elastic waist-banded, just, you know, drapin' the lower). Also low-cut Nike sox – the swoosh dead-reckoned to the ankle angle. Don't believe? Lift his trou and see. While you're there, check the gray Brooks Ghost 7 runners. Serious footwear, his ENT doc had told him. For sure. And also check his looser-than-a-scarecrow's-tux T-shirt. Veterans of the sun wars, those arms he totes with, never without a new flake or browning eruption. The crown atop his princely head: a Phillies cap grown vintage-wear during its tenure there. Overall: Like he says, "If you're gonna go out, go OUT!" Spicy.

Okay, admittedly this gear was just to go to post office and get receipted for the smartly wrapped package he was parting with, but he knew he looked good and everyone else prob'ly knew it too. And if you look good to start with, you gotta dress the part. Show that good bone structure, as the runway folk say. The mask? The bespoke surgical blue mask? Hey, "Love enters through the eyes," as the poets might say. All those years of Sheik of Araby flicks had not been wasted on the Dude. He knew he had it – from the bridge of the nose on up to the brows – and oh those eyes! He'd never conjured pixels for a selfie he didn't like. Not as flattering as the main bathroom mirror, of course, but he knew that any gal who locked on was gonna get tranced and forget the way home. The glasses? Not a contradiction. They were rimless. Trifocals? Yeah, but graduated, so seamless you'd think they were just for show. Rimless, yeah, but Lennonish you'd have to say.

Anyway, he's a gent, too, when it comes to situations that welcome good manners. He gets to the post office, enters the lobby, goes to open the second door into the P.O. itself and sees a late-middle-age lady coming from the other side. He steps back and pulls the door open for her and she smiles and then steps into the vestibule and says to him, in a friendly, perhaps jocular (?) way, "Say, you're not Bernie Sanders under there, are you?"

This is the scene in the movie where the cartoon character sputters and spits out random upper-case keyboard characters like a blown utility pole transformer. Did she just say Bernie Blinkin' Sanders, the Vermont senator, the former presidential candidate, the ...the...old...guy? Heh, heh, the lady's off her rocker. Be careful. She may have a curare-tipped knitting needle in her handbag.

She pauses, turns around, and gives him a quick second look, saying, "No, you're younger than him," sort of chuckling to let the dude know she's been kidding all along, even though Bernie Blinkin' Sanders was obviously her first gestalt. She brushes by. He says, trying to Mahatma Ghandi-ize the dust of cosmic imbalance she just blew up his nose by being kinder to her (Why, Lord? Why?) than she'd been to him, "Say, you wouldn't happen to be Marilyn Monroe, would you?"

"Heh heh. No, but thank you." Step, push door open. "Nor would I want to be." The Dude doesn't believe in bantering towards someone's back, so that's it. Wow, he thought, never think you're home free just because you've reached the lobby. But why Bernie Sanders? Why not, eh, Ricardo Muti? Or Robert Redford before he pruned up, back when he was middle aged, like the Dude is now?  Why a random, appearance-based, duel-challenging, slap-in-the-face like saying he looked like Bernie Flippin Sanders? He's old. I'm the Dude. Only 40-something inside, under the mask beneath the mask.

Oh, well, rise above it all. There are some dumb people in the world. Shake it away, like acid off a duck's back. He'd do his business and get through the day with his usual aplomb. Tell his hot mama, old lady, girlfriend wife when he got home: "Hey wanna hear the crazy thing happened to me today?" Yeah. He and his babe would laugh it up over Metamucil cocktails at sundown.

But as he drove his errand rounds, his mental gear box kept shifting down to the scene of the slime back at the P.O. Too many little playlets like that one had been happening this year. At the Diagnostics Lab last week, for example, where he'd let the phlebotomist take a vial of his extra special, the 50-something lady in the blue lab coat said to him, "Those pants you're wearing look like you're in your pajamas."

He said, "You're the fourth person this year to say that. The catalogue calls them dorm pants." Silence. He adds, "They're comfortable, so I wear them. I don't like jeans anymore. You need a belt."

"That's right," the Dude said. (He was glad he'd stopped himself from saying dungarees.)

Now that they were friends again, he relaxed, except she said, standing over him, "You have really fine hair." He wondered, What did she mean? She was African American, and he'd seen Chris Rock's movie called "Good Hair" and he wondered if she'd paid him a compliment according to how she graded hair, or if what she was really noticing was how his once wonderfully thick and curly brown hair had silvered and thinned.

"Thank you," he said, leaving some of his blood behind.

"The Dude" will continue collecting Tales from the Pre-Crypt till next time he gets the mike.