In 2020 America everybody counts, even if they live under bridges

Friend-of-the-family Betsy Berk writes us very enjoyable emails from Congress Park in Denver, Colorado, a place, she says, where everyone smells like barbecued hams lately because of the drifting …

In 2020 America everybody counts, even if they live under bridges 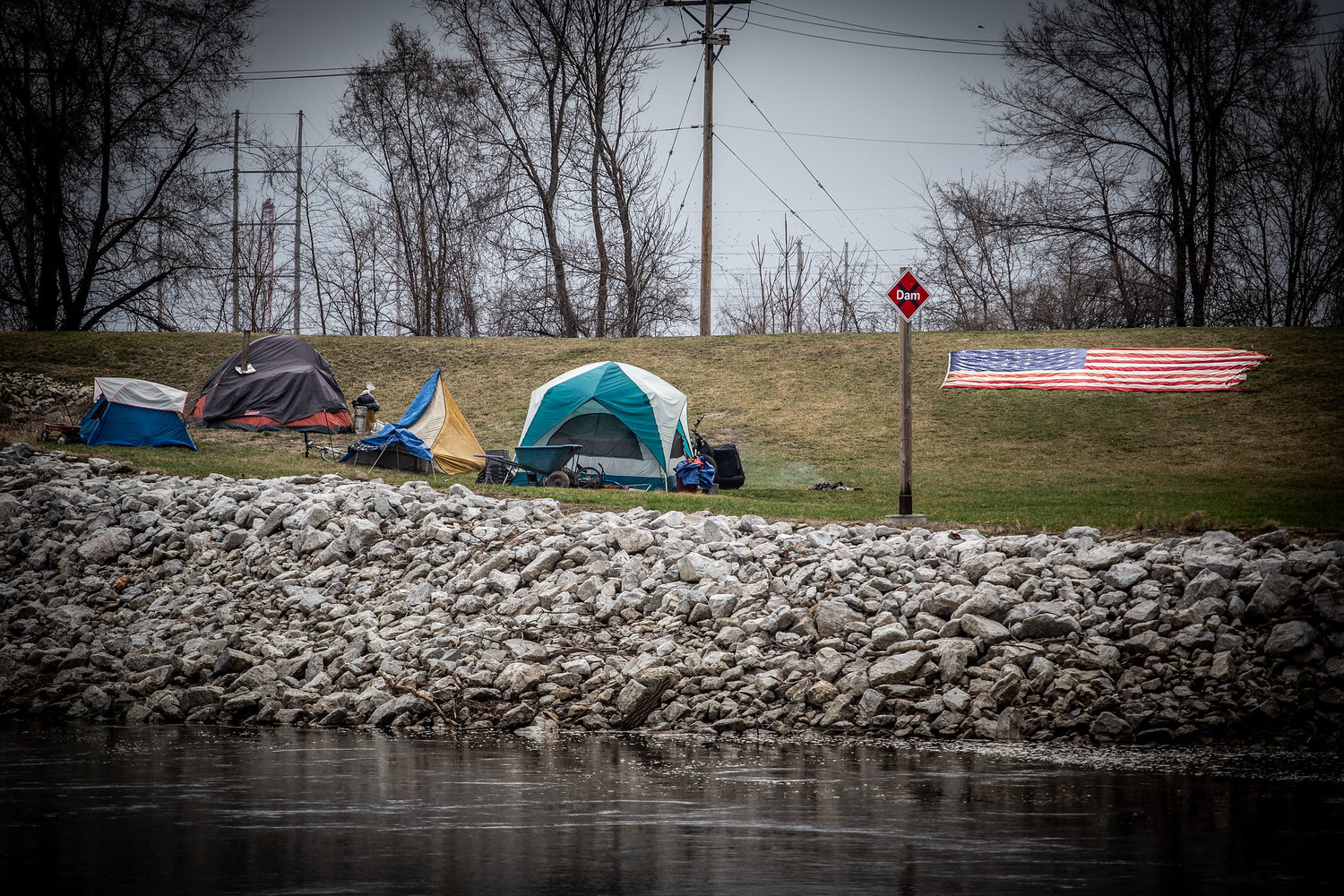 A homeless camp along the Raccoon River on the edge of downtown Des Moines, Iowa. The homeless need to be counted during the Census, regardless of where they live. (Photo by Phil Roeder)
Posted Friday, October 2, 2020 9:36 am
by Hugh Gilmore

Friend-of-the-family Betsy Berk writes us very enjoyable emails from Congress Park in Denver, Colorado, a place, she says, where everyone smells like barbecued hams lately because of the drifting smoke from the northern forest fires.

Betsy and my wife, Janet, became friends when they were both aerobics instructors at the Abington YMCA back in the early 80s. She lived in Jenkintown and was a surgical nurse at Abington Hospital for eight years. Since moving to Basalt, Colorado she's been a ski instructor, a snow cat operator for Winter X Games and helped develop an equine therapy program in 1990 that's still going.

This year she decided to be part of the United States Census 2020, and this past week she's been doing something most Americans don't know happens: Censusing the Homeless. Yes, those people living in tented communities, under bridges, in abandoned homes and wherever they can get in out of the rain. They matter too. The US Constitution stipulates that every person dwelling in America needs to be counted, even if the residence is not ideal. The Census numbers determine the allocation of federal and state funding assistance and the number of representatives that make up Congress.

The census was supposed to be a snapshot of the United States as of April 1, but Covid considerations have caused it to be postponed until October 31. Betsy has been alternating between the city of Denver and its outskirts as a census taker. The methods differ when you go door-to-door, as opposed to counting the residents of a tent camp.

Betsy's team's job in the city was to track down those who either neglected to reply to their Census request or gave incomplete information. She says it's a puzzle because they keep sending her back to the same addresses, where she gets the never-ending line, “I don’t want the government to know.” When she hears this refrain, she thinks to herself: "But the Government knows everything already."

Condo and property management companies, she says, are awful, unhelpful and just plain stupid. One concierge at a snooty condo building in Cherry Creek (Denver posh) told her, “Our property's got permission not to do Census." So, she questioned his knowledge of the Constitution and Title 13, and yes, he glazed over. She turned it over to her field manager to follow up. “They must like to pay extra taxes and not support services,” she said.

"My only real challenge is preparing for men and their lack of discretion in opening the door before their lack of pants crosses their minds.”

I asked if going door to door in the city really was that bad.

"No, not always, sometimes I meet nice people,” she said. “I went to a posh hi-rise condo in Denver, where a lovely older gent answered his door pleasantly – with pants and a shirt!  I gave him my 2020 Census spiel and offered to help him complete his census form. He said he had tried to file online in April but got stymied. I gave him some advice since he wanted to try again on his own. O.K., I told him I’d check back to see if he aced it and gave him my phone #. That evening he called excitedly, “mission accomplished”!  Hooray, I could close out my batch ‘Case List’ for the day to submit to 2020 Census. We continued an amazing phone visit. I learned of his lifetime in and around of Denver. He'd been a musician, sailor, traveler, skier, banker, father grandfather and alone after losing two wives. Our paths had crossed in the ski areas in different generations but we did know mutual ski town legends, both charters and areas. We have been staying in contact for several weeks: needs, news, groceries, etc. We share the adventure of Colorado, both old and new, stories and growth.”

What about the homeless? How do you get their information, I asked. She said that the next evening, they'd be counting homeless camps with a Census team south of Denver, near Colorado Springs. That area's cheaper than Denver for homeless. Officially they're called TNSOL: "Targeted Non-Sheltered Outdoor Locations." They'd also be canvassing some tent cities in Denver areas. That was tricky though, because of the street protests still going on.

The police identify the tent and camping sites where they are sent: train yards, homeless areas under overpass or under bridge camps, around the Platte River through Denver, and in unguarded lakes and camping areas.  (They do take census in the closed shelters or group housing. But with COVID, the shelters are limited or not in service.)
Census workers are not allowed to approach homeless people or go into camps, tent sites or groups living on the land. Census workers are in a small group of two to four and observe a tent area from the perimeter of the homeless site and count groups or clusters of tents and guesstimate numbers.

"The cops are tuned in; we are not. We're told tent cities can be booby-trapped. We are warned: they have guns and weapons and bury glass, needles and sharp things in the ground – keep your distance. Social service is tuned into children on sites – if we see children, we have to count them. There also have groups who try and find families living in their cars around the city...Most of the crazier areas are in the fringe of junk yards and industrial sites. We do lots of hiking into dicey, littered, rat-infested sites."

I wrote to Betsy that the whole idea of censusing the homeless sounded challenging.

"Hugh, I know you're interested in what I'm doing, but it is not exciting, it's tragic,” she said. “And during COVID, contact is forbidden, and we must view from afar. Although I worked with an idiot today who was determined to get names!  That’s something you do when you walk up to addresses, but the homeless tend to be aggressive, afraid, suspicious, and often drug, alcohol and mentally challenged. The cops are around when we count camps from the perimeter, and health social care workers are there too, in case of incidents. We are to observe and get approx. numbers. Names and ages not necessary.”

When counting the homeless, the real challenge can come from members of your own team.

"Yesterday, I was with a team that went to highway off-ramps and under bridges, down around Monument Creek, tricky climbing around but going no closer than 50 feet, tops,” Betsy wrote last Thursday.  “And most Census workers are physically challenged weight-wise...our team idiot, ‘M,’ who wanted names of drunk people, was massive and sweating profusely, panting, and couldn’t keep his soaked mask on! I spoke to our field super about his inability to recognize a jeopardizing situation for his team. We have to stay together, but he went off… When I told M he was making poor approaches for his team members, he didn’t get it.

"Then, we did a night-time count on Wednesday in Denver city 5 – 9 p.m. We have great supervisors and they are seriously cautious.  [The whole work is] just sad, tragic, inhuman... wish there were better options.”

She'll continue with the count till it ends, October 31.