In 2022, locals experienced both triumph and tragedy

This past year was packed with news for Chestnut Hill and surrounding communities. We looked back over the issues of 2022 and chose stories that stood out as most important.

In 2022, locals experienced both triumph and tragedy 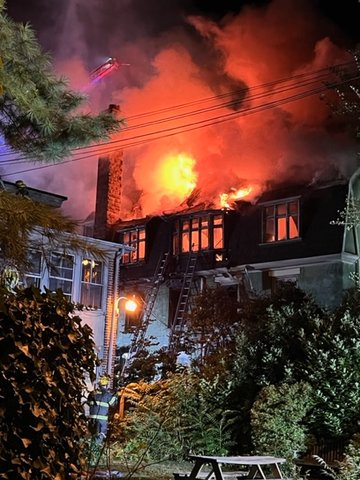 A fire tore through Hiram Lodge in the heart of Chestnut Hill in August.
Photo by Fred Holzerman 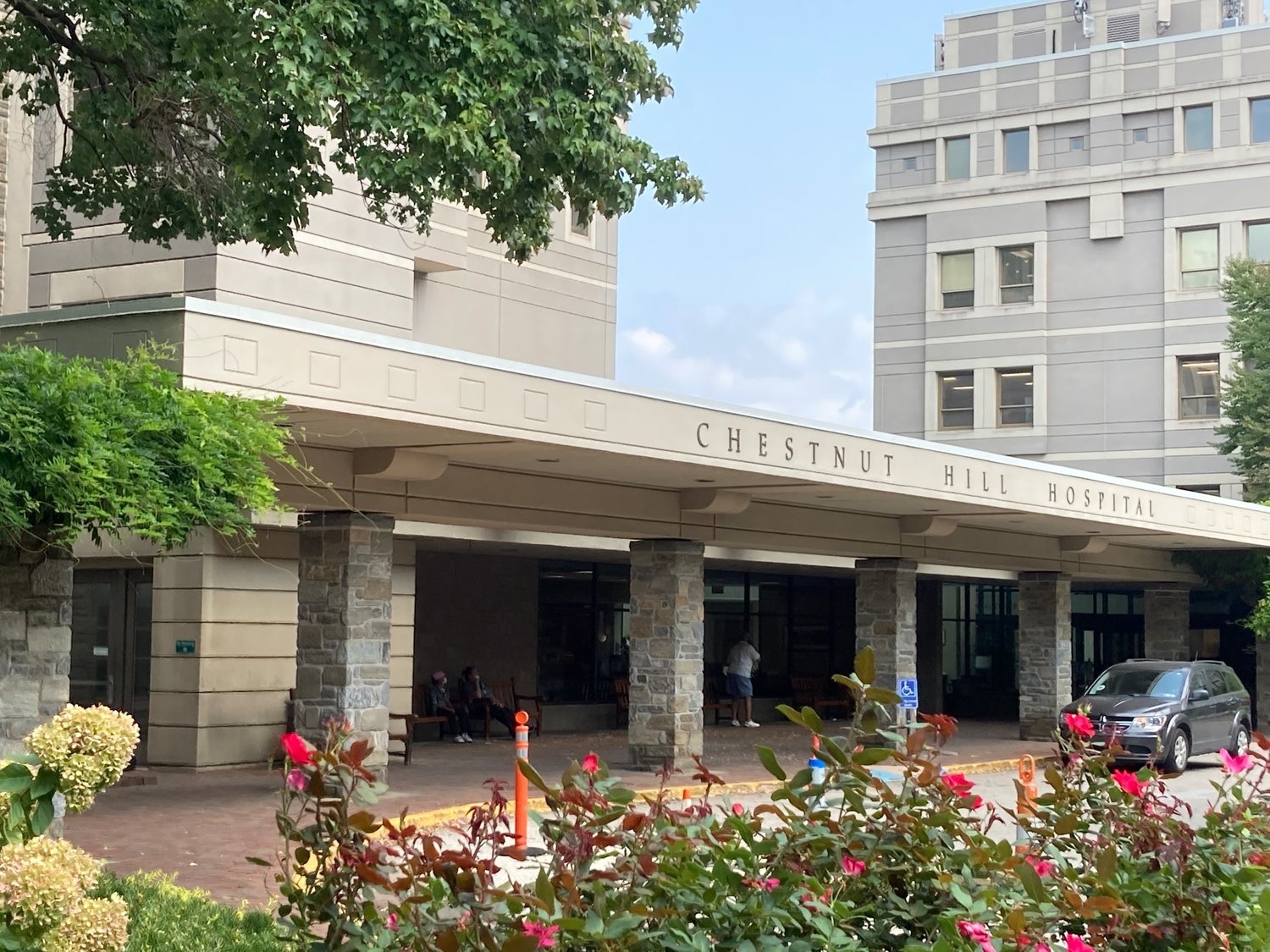 Chestnut Hill Hospital was purchased by a consortium led by Temple Health. 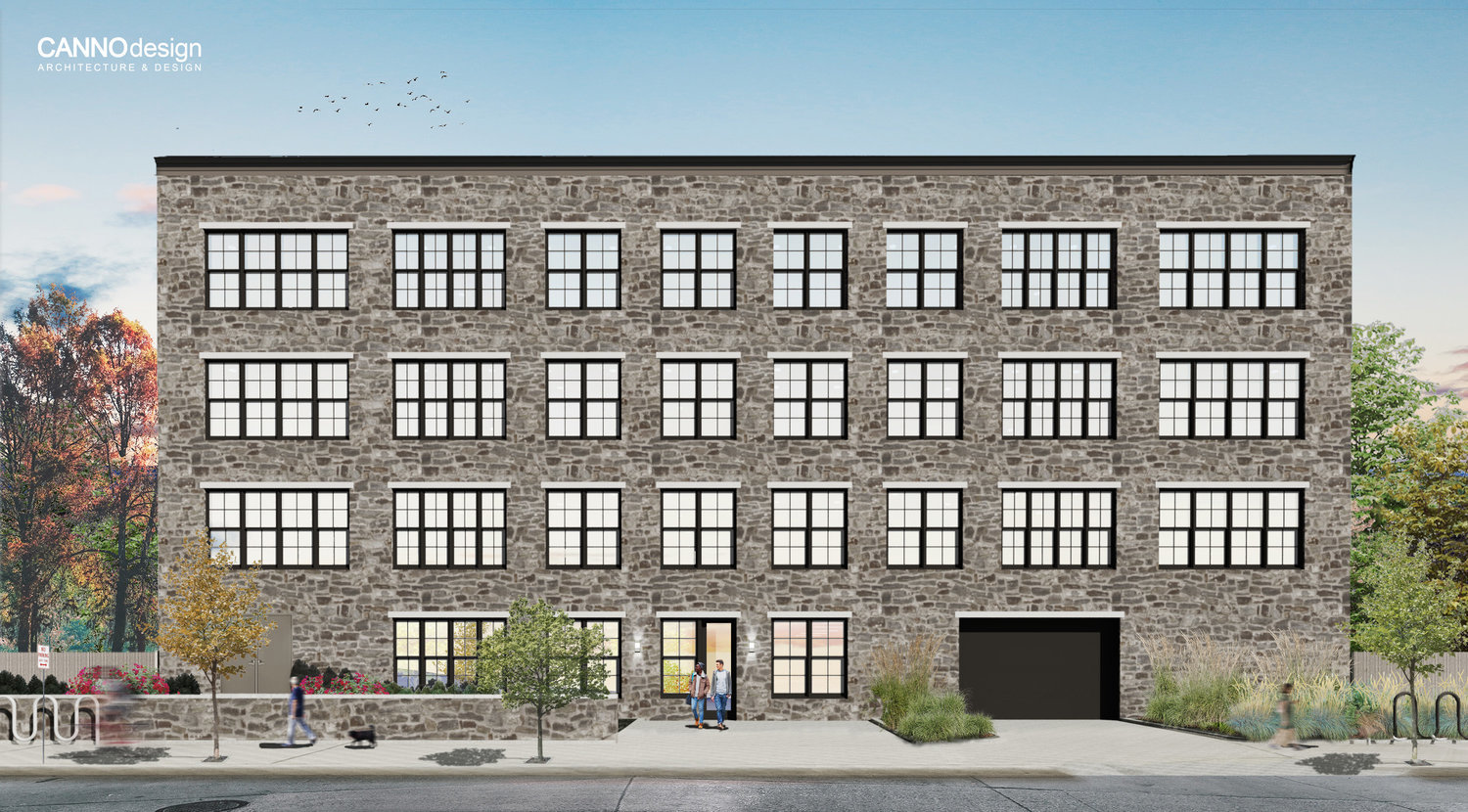 A rendering of the development proposed by Khosla Properties at 20-30 Allens Lane. 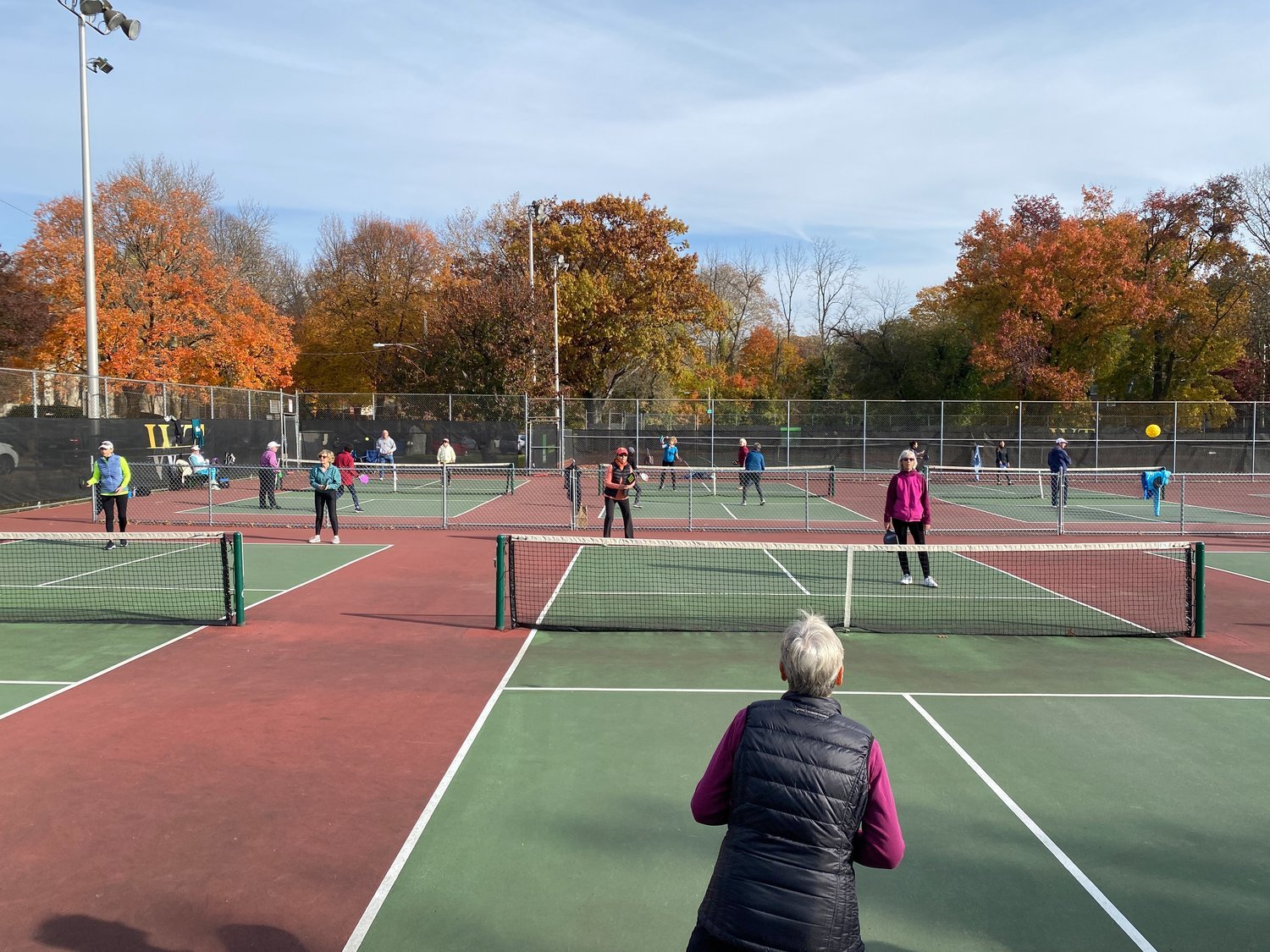 In the spring, Philadelphia Parks and Recreation cut available pickleball playing hours by more than 30 percent in response to neighbors' complaints about noise.
Photo by Tom Beck
Previous Next
Posted Friday, December 30, 2022 12:00 am
by Carla Robinson

This past year was packed with news for Chestnut Hill and its surrounding communities. We looked back over the issues of 2022 and chose those stories that stood out as being most important, both in our own editorial judgment and upon their performance online.

One of the biggest stories of the year happened over the summer, when the fire that raged through the Hiram Lodge building at 8425 Germantown Avenue in the center of the neighborhood’s commercial district broke out in the early morning hours of Aug. 16.

The blaze raged for hours, sending shooting orange flames up into the sky and pulling neighboring residents from their beds to stand and watch in horror as the beloved building was destroyed. The next day, as stunned residents milled about the Avenue and exchanged dramatic photographs of the event, a dusty, acrid odor wafted across the entire neighborhood, leaving little doubt about the size and the scope of the fire.

Carrie Slagle, a nurse who works at Chestnut Hill Hospital and lives two doors away, was the first to call 911. She had just gotten home from her night shift when she pulled into her usual parking spot behind the building.

“As soon as I got out of the car, I heard this loud ringing, that sounded like a security alarm going off,” she said. “I turned around to look and that’s when I noticed that the whole side of the building was lit up with orange flames. That orange color was not there when I first drove into the parking lot, and the alarm wasn’t going off either, so that’s how fast that fire got so bad – it was just the time it took for me to park my car and get out of it.”

While representatives for Hiram Lodge say they intend to rebuild, as of the end of this year, charred rafters are still jutting into an empty sky and a gaping hole where the roof once was continued to let rain pour through. El Quetzal, a popular boutique located on the ground floor, has been forced to relocate across the street and Hiram Lodge has temporarily relocated its offices.

In an announcement on Aug. 8, CHH President and CEO John Cacciamani described the deal as “the best possible solution” for the hospital. Michael A. Young, CEO of Temple Health, said “we view this as an investment - a good and wise investment. Not just in Chestnut Hill, but in Temple.”

A judge approved the $28 million sale in early December.

Another big source of news in 2022 was the ongoing story of postal theft, resulting in checks being stolen from post offices and blue collection boxes and then “washed” by thieves who made off with varying amounts of money they stole from their victims' bank accounts.

In a long series of articles by reporter Tom Beck, The Local documented multiple incidents of theft – with one victim being The Local itself.  Bookkeeper Jordan Demetris deposited 12 to 15 checks into the mailbox at the corner of Germantown and Highland avenues on Jan. 28, only to have them stolen.

This led The Local to file a Freedom of Information request to find out exactly how many checks had been stolen from city mailboxes – and discovered that half of all mail check theft in the entire state of Pennsylvania occurs somewhere in Philadelphia, a city which accounts for just 12 percent of the total population.

The Local also discovered that Northwest Philadelphia was one of three hotspots for mailed check theft in the city. Germantown, with 106 stolen checks, had the second highest rate of theft reported to the Postal Inspection Service over the last three years. Mt. Airy, with 87 stolen, had the fifth highest rate of theft. Chestnut Hill, meanwhile, ranked at about the middle of the pack – coming in at number 23 out of 53 zip codes, with 34 check thefts reported.

Partially as a result of all this news, U.S. Rep. Gerald E. Connolly, chairman of the Subcommittee on Government Operations, scheduled a congressional field hearing on the failures of the USPS in this city.

There were several important stories regarding development in the Northwest Philadelphia region.

In Chestnut Hill, the Chestnut Hill Community Association won a major legal battle in its effort to stop construction of a five story, 33-unit apartment complex where the old Sunoco station used to sit on Bethlehem Pike, right next to the Chestnut Hill Baptist Church. A ruling issued by Judge Ann Marie Coyle at the Philadelphia County Court of Common Pleas found that the city had “violated multiple Philadelphia Zoning Code provisions” when it granted developers a building permit without requiring neighborhood input. Developers have promised to appeal that ruling, but for now, anyway, it appears as though nearby residents may be getting an opportunity to review the plans – a fact which neighbor Jeff Duncan said is “really a vindication of the arguments that we’ve been making that this proposal didn’t comply with the zoning requirements.”

In Mt. Airy, The Local reported on two proposed apartment complexes that will bring 100 new units of housing to that neighborhood’s commercial section of Germantown Avenue, which is in addition to the 114-unit complex on the former site of the Trolley Car Diner, which is now under construction.

All three are drawing objections from neighbors who live in the less than one square mile area where they will be built. Developers of the largest of the two newly proposed developments, a 76-unit project at 20-30 Allens Lane, a site that was formerly an auto repair shop right behind the Wawa on Germantown Avenue, were told to amend their design by the city’s Civic Design Review board at a meeting on Sept. 6.

The second project, now being planned for 208 E. Mt. Airy Avenue, calls for 24 market-rate townhomes on the large site where Fred’s Mt. Airy Motors once operated.

In Germantown, conflict over the fate of the Germantown YWCA continued.

In late 2021, the Philadelphia Redevelopment Authority (PRA) promised to seek a new developer because of six years of inaction by Keith B. Key, who won the contract in 2016.  Nine months later, in September 2022, the PRA changed its position, saying the agency could not move forward because City Council member Cindy Bass would block the effort – a move which infuriated local activists who have been fighting to redevelop the building.

In Springfield Township, years of dispute over the fate of a 4.75-acre parcel of land known as Harston Woods appeared to finally be resolved in September, when township commissioners agreed to buy half and preserve it as open space. In exchange, the township promised not to block the developer’s plan to build 16 townhouses on the other half.

Other big news for Chestnut Hill in 2022 was the construction of the Chestnut Hill College’s SugarLoaf campus, which triggered some surprise and concern from nearby neighbors. Pickleball at the Water Tower Recreation Center was a big topic of concern as nearby neighbors complained about the noise, forcing the city to cut back on hours of play.  And, the city’s new LED streetlights triggered a significant reaction among Chestnut Hill residents who say they are much too harsh and bright.

The Frances Maguire Foundation gave two large gifts of $10 million each to two area institutions: The Woodmere Art Museum, which will use it to redevelop what had been St. Michael’s Hall into its newest building, Frances M. Maguire Hall; and Gwynedd Mercy University, where the money will be used to  develop the Frances M. Maguire Healthcare Innovation Campus.

And Weavers Way, the 20,000 member food co-op that was founded in Mt. Airy, and later opened stores in Chestnut Hill and Ambler, announced plans to open a fourth store in nearby Germantown.

There also was a series of significant personnel changes. Phil Dawson, former executive director of the Chestnut Hill Business Association, left that post to lead the Mt. Airy Business Improvement District, and Courtney O’Neill took his place. Chestnut Hill College and Springside Chestnut Hill each got a new head of school.

There also was some bad news, including the terrible shooting at Roxborough High School that left one football player dead and four others wounded. A once popular Springside Chestnut Hill math teacher who had been arrested for child pornography was discovered to have been targeting his own students. Ingrid Shepard, a former leader of the Germantown Special Services District (GSSD), was charged by federal investigators with fraud, and a series of shootings and break-ins in both Chestnut Hill and Mt. Airy rattled residents and business owners alike.