In ‘The Chairs,’ Old Man and Old Woman host party of the absurd

In "The Chairs," Eugene Ionesco helped transform farce comedy into the modern genre we now call theater of the absurd.

In ‘The Chairs,’ Old Man and Old Woman host party of the absurd 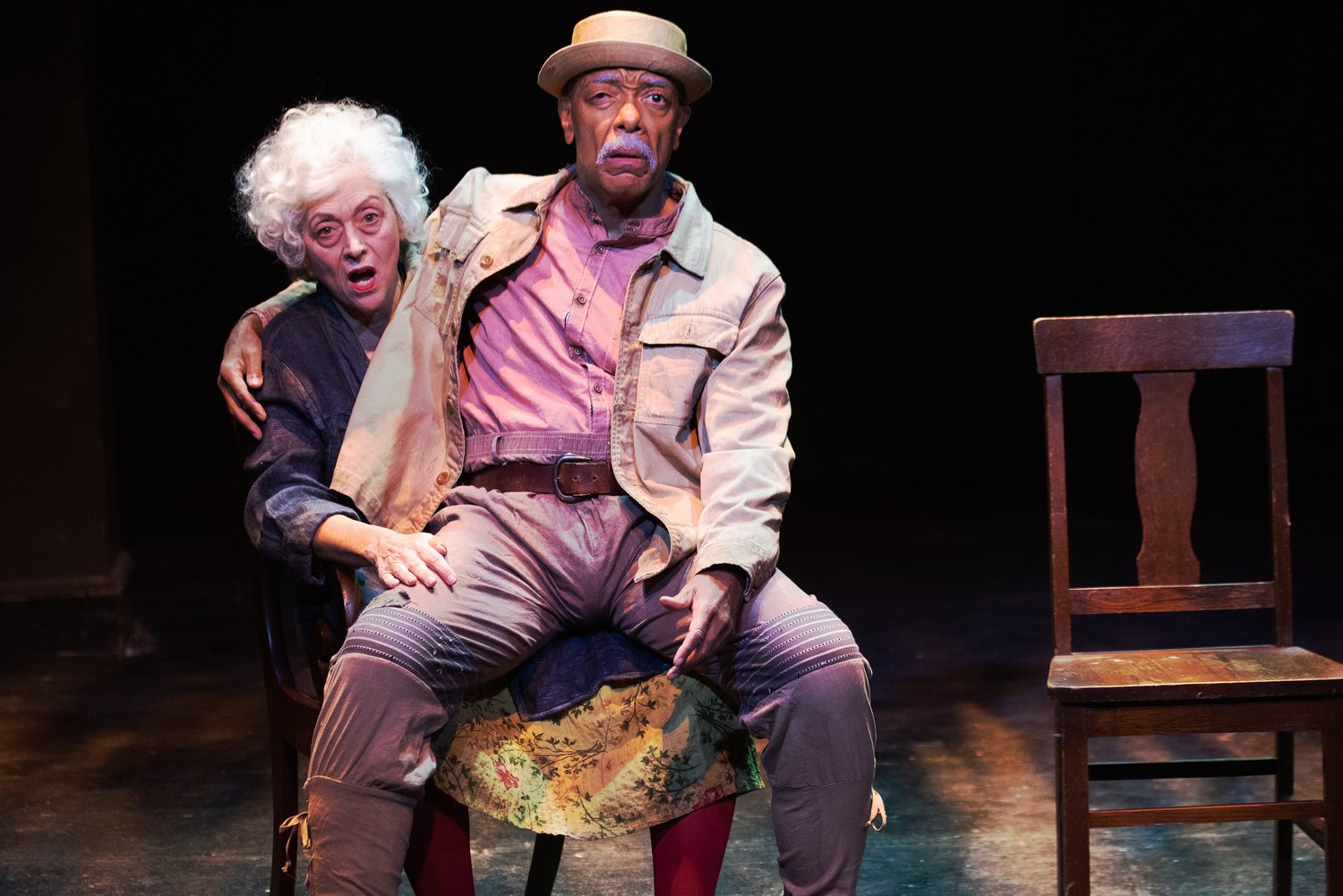 In "The Chairs," Eugene Ionesco helped transform farce comedy into the modern genre we now call theater of the absurd. While his play lacks the circular elegance of Beckett's "Waiting for Godot," Ionesco blazed his own path others would follow.

Old Man and Old Woman live on a barren island. In their 90s and facing death, they invite a host of unseen guests to a farewell party to sit in empty chairs. Old Man has an important "message" he himself cannot deliver. The party ends in a grand apotheosis when the Orator arrives to deliver it for him.

To depict life as boring and meaningless can itself be boring. Ionesco's low opinion of theatrical tropes is ironic, because when he scorns the suspense of ordinary storytelling he then needs the production team to find ways to capture the imagination and keep the audience in their seats.

Quintessence director Alex Burns comes through. His soundtrack crescendos with oceanic waves and the intrusive doorbell ringing of guests. His set is graphic. One unseen guest, the Emperor, enters in the form of billows of white smoke, and the eye-catching, semi-circular stage slowly fills up with a mass of chairs that resemble an empty theater.

The performance-driven nature of absurdist theater must be attractive to actors like E. Ashley Izard and Frank X. Both have starred in Beckett plays at Quintessence – Izard played Winnie in "Happy Days" and Frank X played Estragon in "Godot." They team up here to earn the applause they received on opening night.

Izard, a two-time Barrymore winner, plays Old Woman. She regrets that Old Man ("my Poppy") did not achieve  greatness. Izard lights up the stage with pantomime invention. She is uproariously seductive with one guest, The Photo-engraver. Her Charlie Chaplin-like gaits are hilarious as she scurries about to find chairs for the invading guests.

Frank X is a plaintive Old Man, just "the master of the mop and bucket." He sits on his wife's lap like a little boy. He bewails that his mother abandoned him (actually, he abandoned her). Later he gets aggressive, welcomes all guests and delivers snippets of ideas, while loyal Old Woman cheers him on in antiphonal agreement.

"The Chairs" got a stormy reception when it was first produced in 1952, but is now a staple of absurdist theater. For all his black humor and mayhem, Ionesco is preachy. He scorns convention (especially theatrical conventions), the insufficiency of language and despairs over the problem of life's meaning in the face of death.

Above all, Ionesco picks up on the core existential theme, from Kierkegaard to Camus, about the individual's responsibility to create meaning in the world. Old Man is inauthentic. He leaves it up to the Orator to deliver his "message." When the Orator arrives, he reveals the true meaning of Old Man's life.

Quintessence Theatre is located at 7137 Germantown Ave. "The Chairs" will run through Oct 23. For tickets visit quintessencetheatre.org.