It turned out we won't always have Paris: Notes on the 1st anniversary of the Covid shut-down

In the way that people describe wartime invasions as beginning with the distant thunder of explosions moving closer, so last year the month of March swerved like a dark cloud into view and grew larger in the sideview mirror until it overtook us.

It turned out we won't always have Paris: Notes on the 1st anniversary of the Covid shut-down 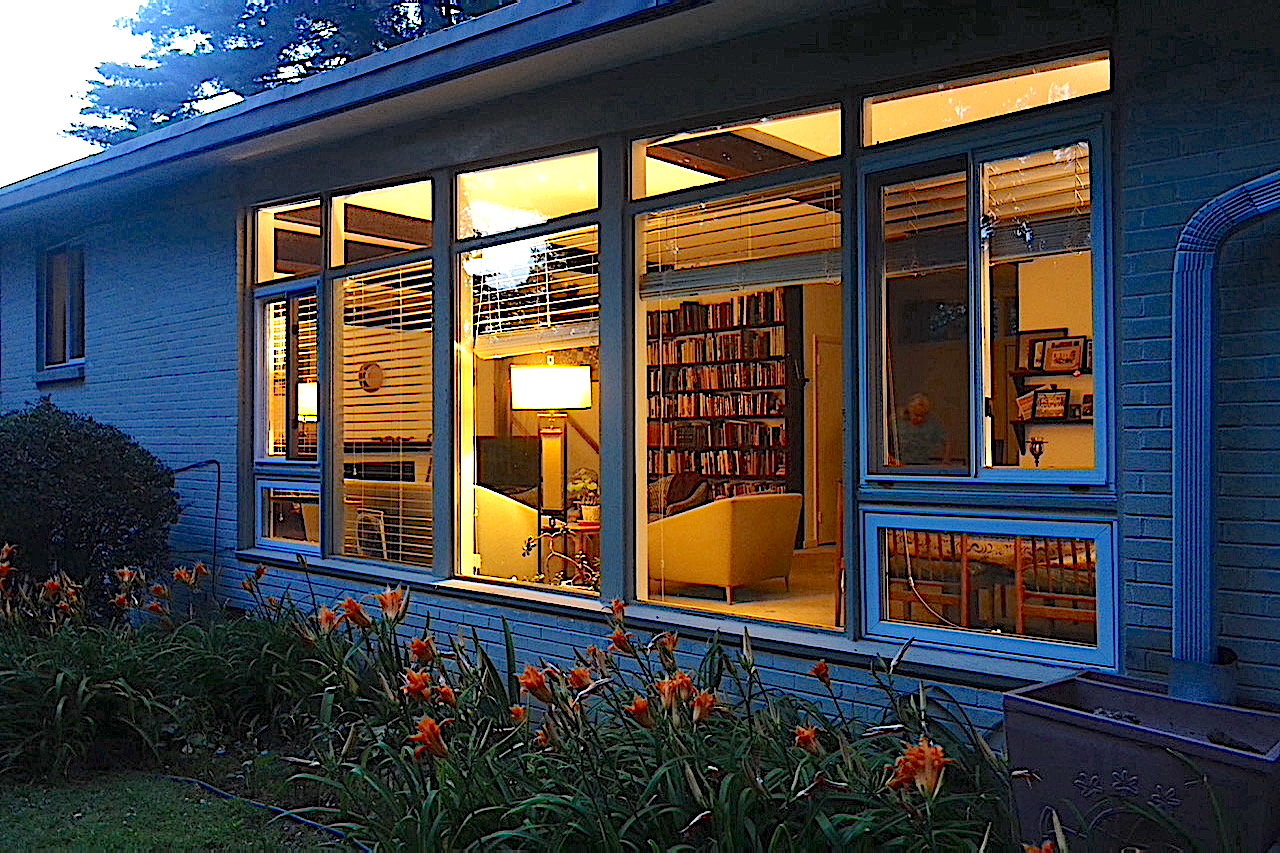 In the way that people describe wartime invasions as beginning with the distant thunder of explosions moving closer, so last year the month of March swerved like a dark cloud into view and grew larger in the sideview mirror until it overtook us.

There was never anything any of us could do, really, except stay alert. The news reports were more like hints. Is this a drill, or a real attack Not sure, huh? Well, even if the Great Sickness is real, is it coming our way? Our town? The answers were: yes, no, and maybe. Depends on what channel you watched and what medical meteorologist you trusted.

Trump, on TV, turned to Pence, and said dismissively – as though in response to some punk team that was bragging it would win the pennant: "What's it been? Six, seven cases...and they were all, you know, pre-existing conditions, right?" Well, Mr.Grin-and-nod-Pence, he grinned and nodded.

The first American cases after the initial Asian reports occurred in Washington state, then California, then the Chicago area, working their way east. Then, suddenly, it seemed, New York cases (that turned out to be from Europe, they said) were burgeoning. They had to be coming south to Philadelphia, right?

My son, Andrew, teaches a MALT film class in our house on Mondays. On March 2. I decided to get out of his hair and meet fellow Local writer, Stan Cutler, for dinner at Cin Cin. Stan had to leave for a meeting at 6:30. I walked up to Paris Bistro to meet some friends and gab. A guy from New York who'd recently been to D.C. was there and was quite an interesting talker. On Thursday the 5th, Andrew went with a friend to see Chaplin's "City Lights" at the County Theater in Doylestown. Nice, clean town. Don't see many people dying curbside in the Bucks County burbs, right?

That was a bit nervous making for me though, as his father, but I guessed the civic game plan was to wait until the enemy crossed the Delaware into Pennsylvania. But then, New York, the newspapers said the next day, was aflame with the disease.

Andrew had tickets to see the topical comedian Lewis C. Black at the Merriam on Friday the 6th, downtown. My wife Janet and I were supposed to drop him off and go to a restaurant until the show was over. We reserved Club Nineteen at the Hyatt at the Bellevue since we know how to kill time there. We watched the sky, as it were, all day looking for signs. At four o'clock in the afternoon Andrew said he agreed with me, that it was not wise to mingle in a big crowd at close quarters on a Friday night downtown. I canceled our dinner rez, feeling like a deserting rat when I spoke to the young hostess on the phone. We all stayed home and watched a movie.

Same went with Dweezil Zappa's performance at the Keswick in Glenside on Sunday the 8th. The next night, a Monday, Andrew hosted his film class at our home. I went to dinner by myself at Cin Cin and afterward walked up to Paris, like it was "Cheers," to kill more time. That evening, March 9, was Andrew's last live teaching class. He misses his students/fellow film buffs tremendously, even though he's been meeting with them via Zoom. My meal at Cin Cin and drink at Paris were the last times in a year I've sat in a restaurant eating a meal. Paris closed for a while but did not survive the shutdown. Many people miss it a lot. Myself included.

Life went on. On Thursday, March 12, a friend who is expert at lighting of all kinds, whom we 'd been trying to get to stop by for months, came over to give us some advice about kitchen lighting. While we stood in the kitchen talking, he told us he'd just come home last night from a Broadway show binge in New York. My neck hairs stood on end.

Yes, he'd seen three different shows, he and his wife, and had a nice hotel stay. "Great, great," we said. He left after a half hour. We wiped the cup he'd used, the parts of the sink he'd touched, and waited for three days to pass without a cough. In the meantime, the New York Times reported that an usher at one the shows he'd been to had the coronavirus and had worked the matinee show our friend had attended. That was the last time, for a year now, a friend has been in our house. And oh, how we miss seeing, talking, walking, laughing and eating with our friends, home and away. A year already!

Fauci said, in those days, "Wash your hands for as long as it takes to sing 'Happy Birthday' twice." And try to make it a point not to inhale the same breath someone else just exhaled. Masks were necessary, at this point, only for frontline medical workers. (They'd already nearly sold out of masks by then and hospital workers had to start washing and reusing their PPEs. Fauci was trying to buy some time before telling the public to mask-up.)

By the end of March, nearly every newspaper, worldwide, was running stories about how to make your own mask. How to make your own sanitary lotions. The papers printed features describing coronavirus–19 and how it worked. Its structure was depicted so often it became a meme. So many things became memes, in fact, during this shutdown year, that the idea of a meme became a meme.

At the grocery stores, bleach was sold out; so was antiseptic alcohol, aloe lotion, sanitary wipes, toilet paper, paper towels, eggs, meat, bread and cheese. Most of us, by the end of the month, were wearing a mask and gloves whenever we went out. Every item of food we bought from the supermarket was wiped down before storing it. Every piece of mail delivered to the house was wiped down, or left on the windowsill for three days.

By April...or was it May? the virus was declared to be airborne and not really contact-spread. Off came the gloves and the mail was sorted and spread and read as soon as it arrived. No more Cheerios-box wiping.

Mail order commerce picked up enormously. Delivery service picked up. Restaurants adapted as best they could by offering delivery, or curbside "contactless pickup." Pennsylvania's governor reopened the state liquor stores on an appointment basis. Restaurants were allowed to offer cocktails to go.

And, finally, March 13 will make one year since the children of the Philadelphia public schools have received in-person lessons.