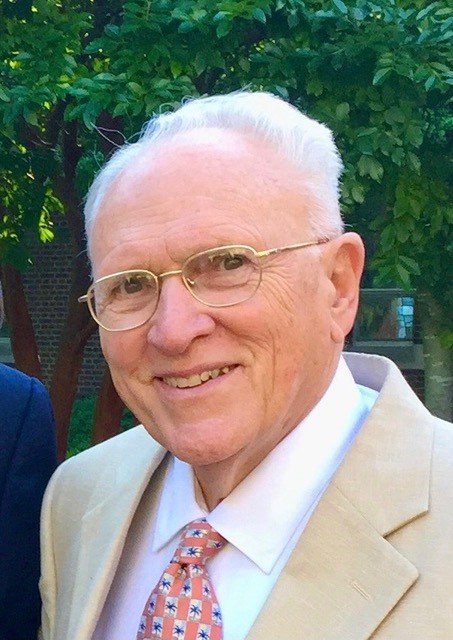 During high school, John was a three-letter athlete and remains a member of the Bordentown High School Athletic Hall of Fame. He attended Juniata College, where, on the first day of school, he met his future wife of nearly 60 years, Betty Ann Beatty. He later graduated from Rider University in New Jersey.

John served in the United States Army Security Agency and was stationed at Clark Air Base in the Philippines. He played baseball across the region for the Clark Air Base Bombers. He and his wife made their life together in the Philadelphia area. He began work in the personnel department at U.S. Steel and then had a 40-year career as a hospital administrator at Chestnut Hill Hospital. In 2009, John and Betty retired to WindsorMeade in Williamsburg, Virginia where they had many good friends and were active in the community. They enjoyed travel and spent several summers exploring all corners of the globe, usually ending with a vacation at Hilton Head Island. Betty passed away in 2018.

A memorial service will be held on Sunday, February 28, 2021 and available for streaming on-demand at the Williamsburg Presbyterian Church YouTube channel. The family requests that in lieu of flowers, a gift be made in John’s memory to the National Kidney Foundation (www.kidney.org) or Williamsburg Presbyterian Church (www.mywpc.org). Condolences may be shared at www.nelsenwilliamsburg.com.