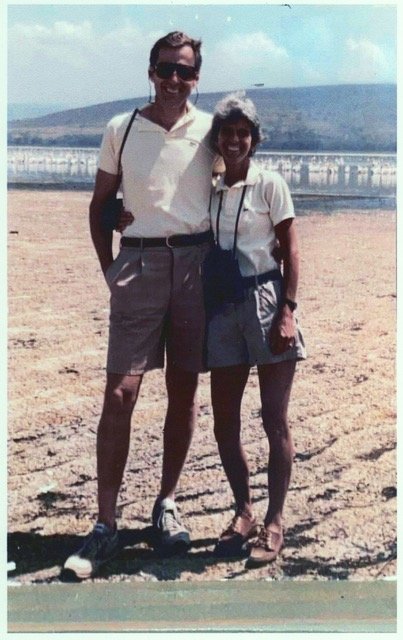 John Connable Bennett, Jr. died on December 6, 2020, following a lengthy battle with Alzheimer’s disease.  John’s Alzheimer’s experience was difficult and sometimes unpleasant but it wasn’t all bad, and it was certainly less terrible than he thought it would be.  More on that in a minute.

John was born in New York City in 1939 to John Connable Bennett (the Elder) and Eugenia Coleman Bennett, who were less formally known as “Jack” and “Gene.” For obvious reasons, the Bennett family soon traded in dreary old Manhattan for the glitz and glamour of Flourtown, PA.

John graduated from the Hotchkiss School and Princeton University — both of which he loved — and Harvard Law School, which he didn’t particularly care for.  Upon passing the bar in 1964, he took a job as a corporate associate at Drinker Biddle & Reath.  John spent the next 41 years at the firm, working his way up to partner, and scoring a sweet corner office overlooking the Parkway in Drinker’s fancy new digs at One Logan Square before his retirement in 2005.

John would have been reluctant to mention any of the foregoing, and if you seemed impressed by his credentials, he would have quickly assured you that things were different back then, and none of those places would have taken him today.  We suspect that isn’t true. Regardless, John loved the institutions (except Harvard) and tried to give as much back to them as they had given him.  He served on the Hotchkiss Board of Trustees for approximately a decade, and faithfully attended his Princeton reunions, relishing the opportunity to catch up with old friends — particularly his roommates Dusty Reeder and Mickey Michel.  Between reunions, John’s bright orange, Leroy Neiman-inspired Class of 1961 commemorative blazer doubled as stage apparel for his son’s bandmate, the Washington, D.C. punk rock singer John “Stabb” Schroeder — a well-known connoisseur of garish clothing.  John Bennett was nonplussed.  “Tell him I’m really going to need that jacket back for my 30th,” he’d say worriedly.

Although he didn’t much care for punk rock, John loved music.  He was a huge Beatles fan until they got “weird” at which point he switched allegiances to the Monkees.  (Nobody had the heart to tell him they got weird, too).  John was a proud member of The Orpheus Club of Philadelphia, even though — or maybe because — they made him play a French maid every time he participated in The Twelfth Night Revels, the club’s comedic musical revue.  John attributed the typecasting to his 6’5” height but it could just as easily have been because his long legs looked great in fishnet stockings.

John also loved sports.  You may have heard about how he out-sprinted his older cousin Tad Mahan to secure victory for the Pocono Lake Preserve reds in the 1951 Woolman Day race.  He ran track and played basketball at Hotchkiss and was on the Cottage Club crew team at Princeton.  He even rowed at the famed Henley Regatta — his boat sank which, over the years, he decided was the best possible outcome other than winning.  Weekend mornings were devoted to tennis and paddle tennis with his friends Tom Fernley, Binky Wurts, and Gary Pearson. A fierce competitor, John often injured himself in his quest for victory — like the time he ran through the chain link fence.  Or the several instances in which Gary — who was a little bit better than everybody else — accidentally drilled him in the glasses with the ball. Or the innumerable occasions upon which he “rowelled out” his back stretching for a shot and had to take to his bed with an arsenal of icepacks. No matter how severe the injury, John was always back on the court the following weekend so he didn’t leave his buddies without a fourth.

Post-Alzheimer’s diagnosis, the highlight of John’s week was Men’s Golf at Sunnybrook, where his loyal friends would keep him pointed in the right direction and assist with ball-spotting. A happy upside of John’s illness was that his golf game improved considerably. If you asked him why, he’d grin and say, “I forgot that I’m a lousy golfer.”

What John loved most, though, was his family.  He was tickled — to use a word he employed not infrequently — to go from being an only child to a father of five, grandfather of 14, and great-grandfather of one (and counting, knock on wood).  On family holidays, you could find him sitting quietly in a comfortable chair, taking in the chaos with a contented smile on his face.

John would tell you that the best thing he ever did was marry Hope Latta.  They saw The Graduate on their first date in 1968 and a whirlwind courtship ensued, culminating in a Saturday morning drive down to beautiful Elkton, Maryland for spontaneous nuptials. They were back in Philadelphia by Noon. Over the next 52 years, they raised five children, renovated at least six houses, planted award-winning gardens, and biked through most of Western Europe — always together.  John was in awe of Hope’s strength and determination, and she loved his kind, gentle spirit. They were a great team.

That teamwork continued during John’s illness.  Hope chauffeured him to countless doctors’ appointments, enrolled him in experimental drug trials, and planned activities for him to make sure he didn’t become isolated.  John, for his part, tried to stay positive.  He was uncharacteristically open with people — including relative strangers — about how he was feeling.  He cultivated an alter ego — Johnny Alzheimers, the Dementia Comedian — who had a seemingly endless supply of funny, albeit dark, one liners (e.g., CHILD:  Hey Dad. How are you? JOHN:  [pause for comedic effect]. I have no idea. [Cracks up].). Even after getting sick, John went on great trips with his children and their families, including a jaunt to the Loire Valley, where he managed a rather death-defying 15-mile bike ride.  And he maintained his dignity and ability to communicate meaningfully up until the very end.

Individual experiences will undoubtedly vary, but if you or someone you love is diagnosed with Alzheimer’s, don’t give up.  We are grateful to the amazing Foulkeways staff at Abington North and Gwynedd Terrace who took such good care of John and helped him live his final days with grace and respect.

We’re hoping to have some sort of service or celebration of John’s life when it’s safe to do so.  In lieu of flowers, please make a donation to the charity of your choice. Or do something nice for somebody. Or maybe just crank “Daydream Believer” up to 11 and sing along.