When restaurants suffered, so did their employees. 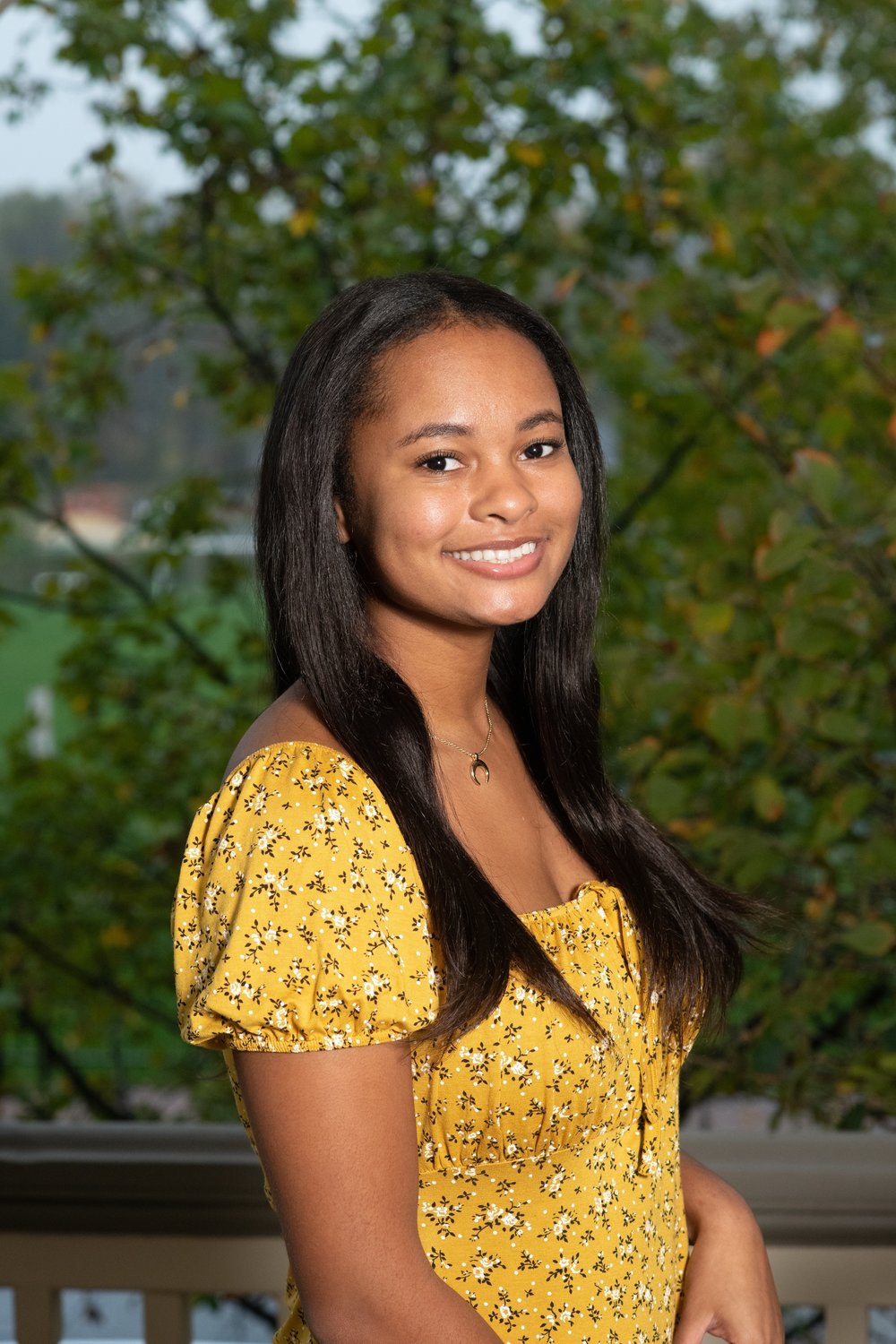 Iron Hill hostess and waitress Simone Tate. “It can be worrisome in general, especially working in a restaurant where people are eating without a mask on and enforcing the mask rules. But other than that it’s been pretty chill.” 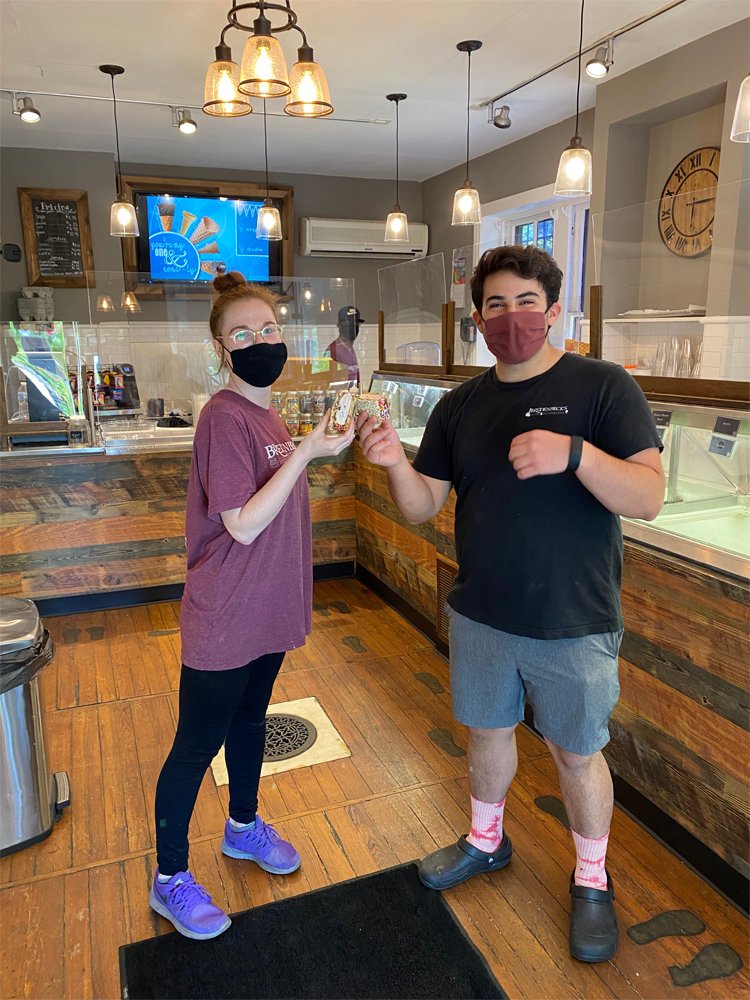 When restaurants suffered, so did their employees

It is no secret that the past 15 months have been difficult for the restaurant industry. When Covid forced closures and quarantine early last year, many restaurants resorted to doing takeout only, while others closed completely. As the world slowly begins to have a better grasp on containing the virus, restaurants are able to ease up on their restrictions.

When restaurants suffered, so did their employees who were forced to work in conditions many never imagined possible.  Making sure workers feel safe in the workspace is key to keeping a business up and running during times like these.

“Working during Covid can be hard sometimes,” said Iron Hill hostess and waitress Simone Tate. “You never know who has it [the virus] and who doesn’t. Everytime you go to work you're putting yourself at risk, but I started working at Iron Hill in January and I got vaccinated in March. So it was only a month where I was unsure what was happening Covid-wise, but it can be worrisome in general especially working in a restaurant where people are eating without a mask on and enforcing the mask rules. But other than that it’s been pretty chill.”

Employees at both Bredenbecks and Iron Hill told the Local their management did a good job in making their workers feel safe, especially as both establishments have begun to ease up on their Covid restrictions.

“I think they’re pretty reasonable, to be honest,” said Bredenbeck’s worker Brielle Watson-Wood. “The only thing would be the shields that we have. I’m not a big fan of those just because it makes it harder to hear at the barrier and they fall down a lot, but I understand those. Because I’m so used to wearing a mask all the time there’s nothing really that’s like wildly different.”

“I feel really confident about their rules [Iron Hill],” said Simone. “We always measure the tables to make sure that they were six feet apart. We had to wipe them down really well after every use. I think they did a very good job at keeping up the cleanliness of the restaurant and enforcing Covid rules. We never broke any at all, we always follow the city guidelines and they change like every week and we still follow them.”

During Covid, some businesses are having trouble hiring new workers as people are concerned with catching the virus. Bigger chains like Iron Hill haven’t had hiring problems, but smaller establishments like Bredenbecks, have had little bumps in the road.

“At the ice cream parlor we were a little bit short staffed,” said Watson-Wood. “But we just advertised that we’re hiring. and a lot of people were really interested. It’s a good first job.We are in Chestnut Hill so that’s a really good place to be especially when you're hiring or in need of a job. The bakery is still hiring though, but the only thing with them is that you need to be more experienced and you need to be 18 or older. So it’s a little bit tricky there.”

Brielle Watson-Wood started working at Bredenbeck's back in March and works in the ice cream parlor. Bredenbeck's only allows a certain number of people in the store at one time. At one point the policy was that only one person or one group could enter the store at a time, they’ve since updated the rule to three people at a time or one group.

“It’s been okay,” said Brielle. “I think that we get a little bit of discourse because of the mask or having to wear one. It’s different because of the vaccine now because people think ‘Oh I’m vaccinated, I don’t have to wear a mask’ and that’s really not true.”

With the rollout of vaccines people have started to become more relaxed when it comes to following COVID guidelines as some customers take the vaccine as a reason to not follow store rules.

“That’s where I come into issues with COVID,” said Simone. “As a hostess you're in the front of the restaurant when people are coming in and you really have to enforce the mask policies. So I’ve definitely run into a few people who refuse to wear masks, didn’t wear them right, were disrespectful about having to wear masks, and disrespected me and my coworkers. So I ran into a lot of that.”

Overall, while there are a handful of customers that are very vocal in their displeasure about COVID policies, both Simone and Brielle still have good experiences most of the time.

“It’s a small few that don’t [follow the rules],” said Simone. “Chestnut Hill is a pretty progressive area where people like wearing masks and doing all that to stay safe so it wasn’t like everyday I had to enforce the masks or had a big issue with someone. Sometimes people would just forget and go get it from their car and stuff like that. Wasn’t a big issue everyday.”

“I still like my job at the end of the day,” said Brielle. “I think that interacting with some customers makes it so much better.”

More people working from home also meant more customers bringing their dog along for the walk. “Also, the dogs, yes! I really like making puppuccinos. Just a little bit of whipped cream and sometimes people want peanut butter sauce and some don’t. But I really enjoy that. It’s also really fun to work there in general, I have a lot of fun coworkers.”

Vaccines available for 5 to 12-year-olds

Dining deals with masks and proof