Summer closed last weekend at Vernon Park with heavy rains, and appropriately a play that features a shipwreck in a storm. 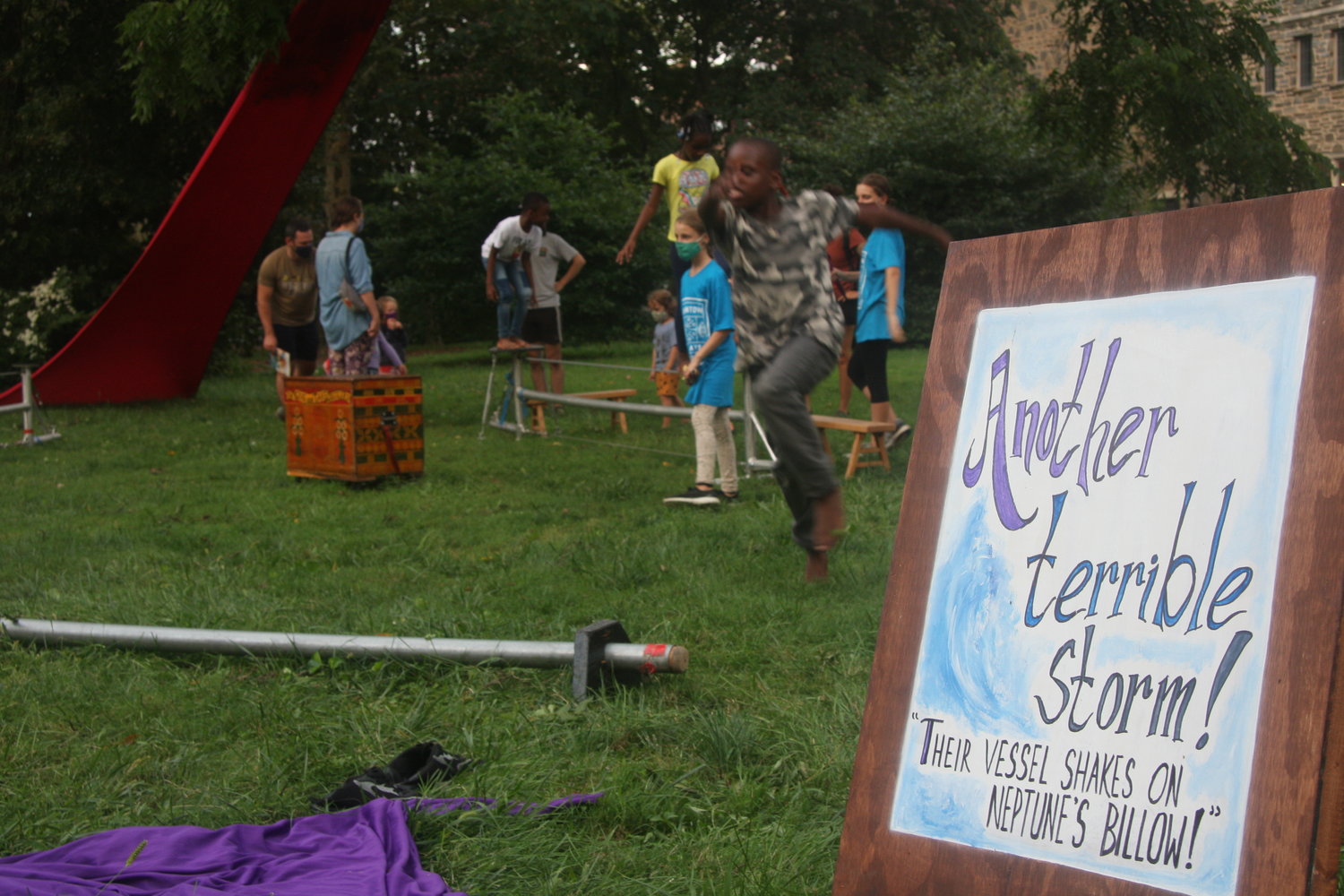 There was a street fair followed by a staged reading of a new play by Ang Bey, reinterpreting the tale of Pericles.
Walt Maguire 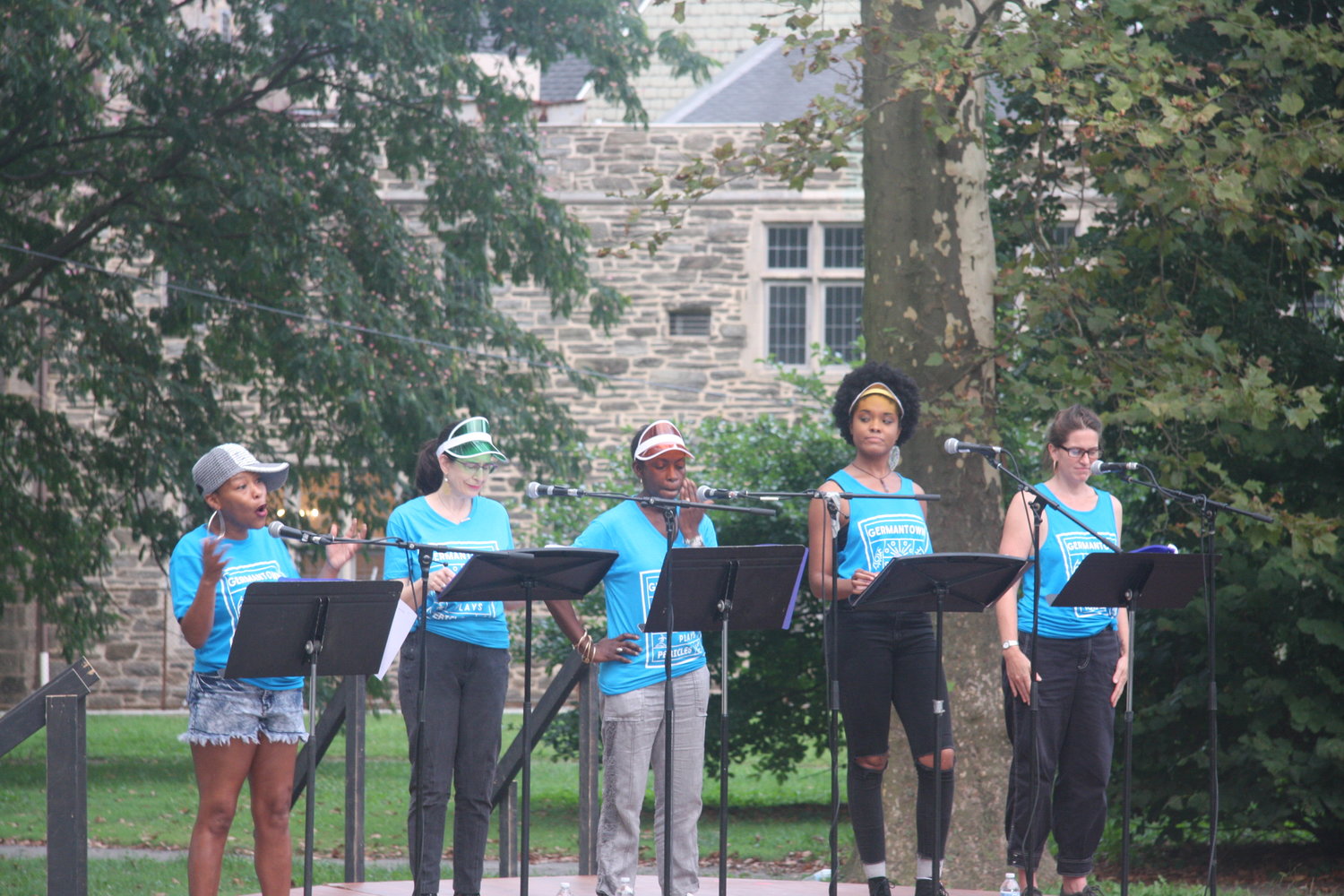 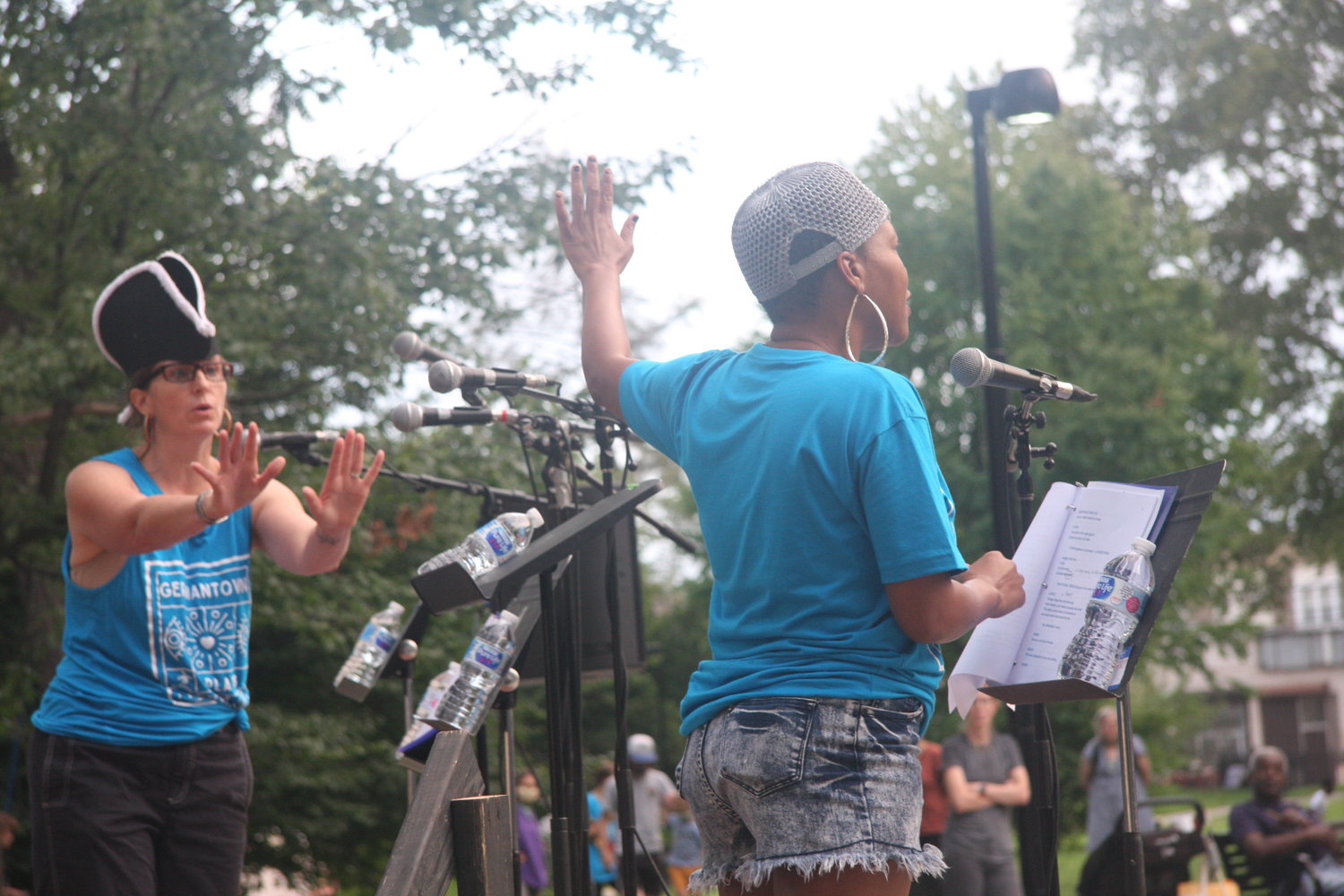 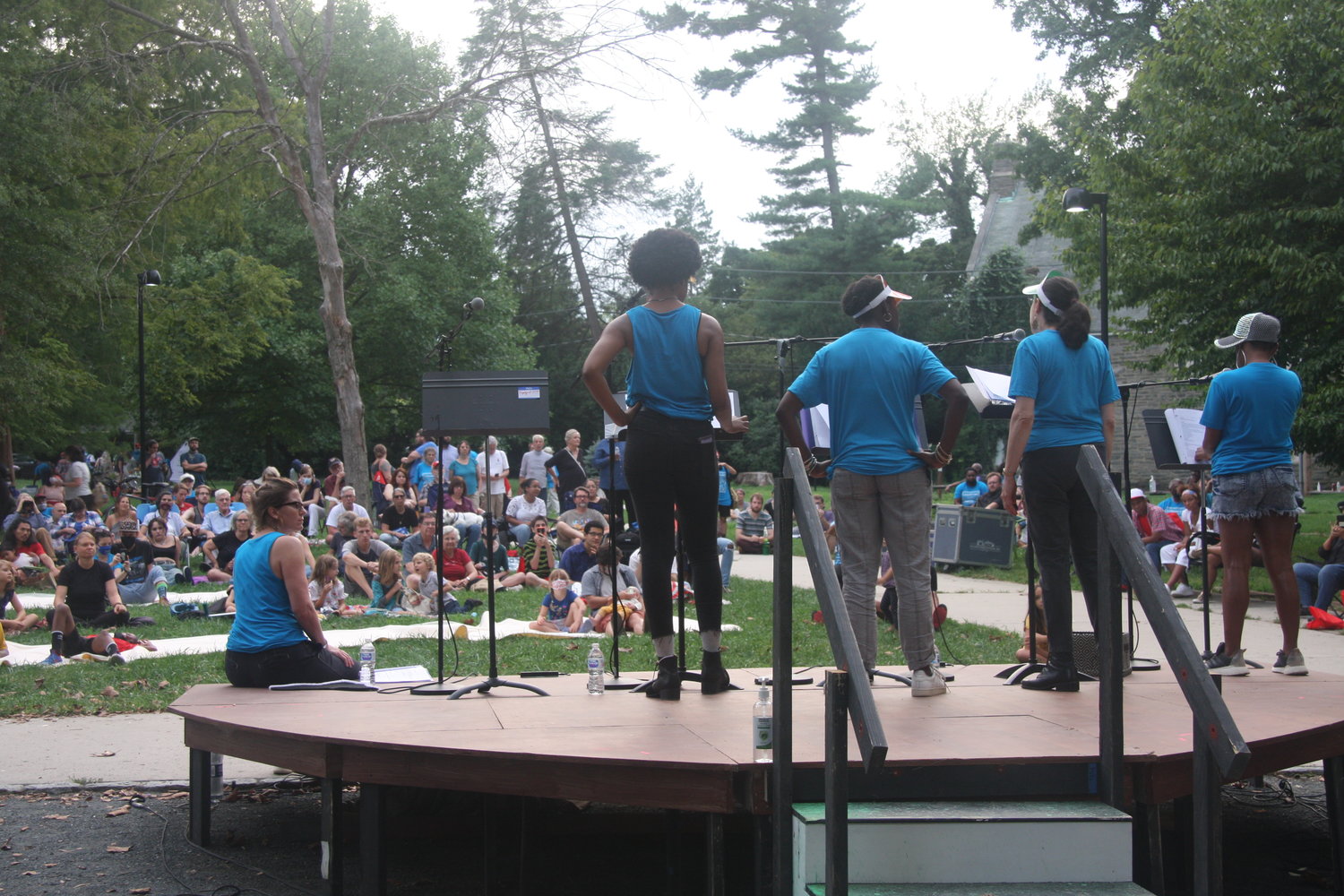 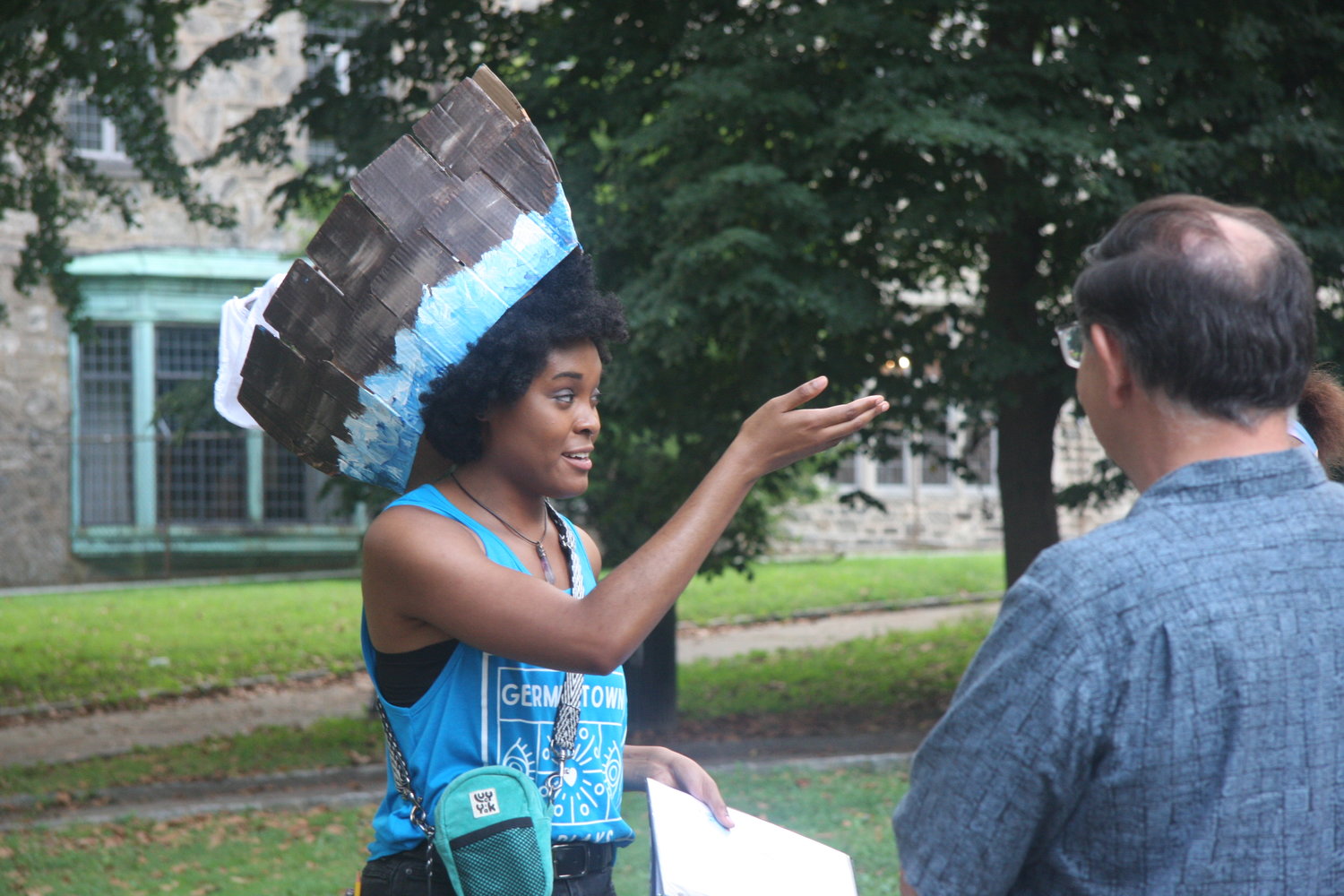 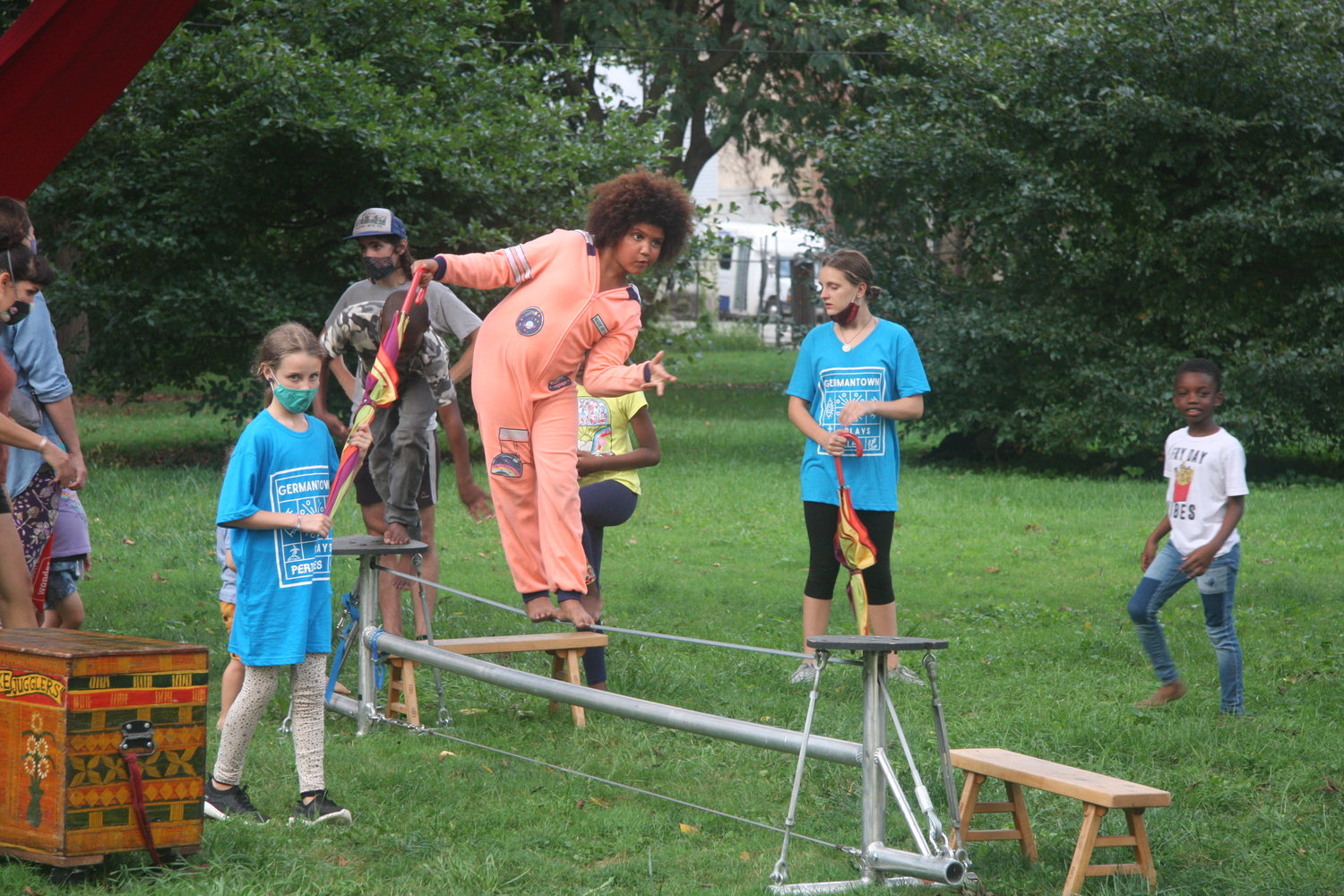 Summer closed last weekend at Vernon Park with heavy rains, and appropriately a play that features a shipwreck in a storm.

“Pericles in Germantown” was part street fair, part theater. The event Saturday was rained out. The sky was iron gray on Sunday but the crowds stayed dry, unless they sat on the grass in some spots.

This year Shakespeare in Clark Park expanded their usual program with three versions of Shakespeare’s “Pericles, Prince of Tyre.” The first production was a traditional staging in Clark Park in July. The second was 'Peril's Island', August at Harrowgate Park in Kensington, a more abstract interpretation.

The Germantown version, directed by Seema Suek, reinterpreted the story in two parts: A fair, featuring nine “islands” Pericles visits, all stations manned by different organizations, some educational, some musical. The Give and Take Jugglers and Philadelphia School for the Circus Arts (a few blocks further north on Greene) gave children a quick stroll on a (low) tightrope. Then there was an original 30-minute play that “refracts Shakespeare's Pericles through a poetic story which centers Black Germantown and the community's fight against gentrification,” written by Ang Bey. (There is a belief Shakespeare also had a collaborator on the original version.)