When I found out recently that John Szwed has been living in Chestnut Hill for years, I was floored. I thought for sure he'd be living in New York or L.A. 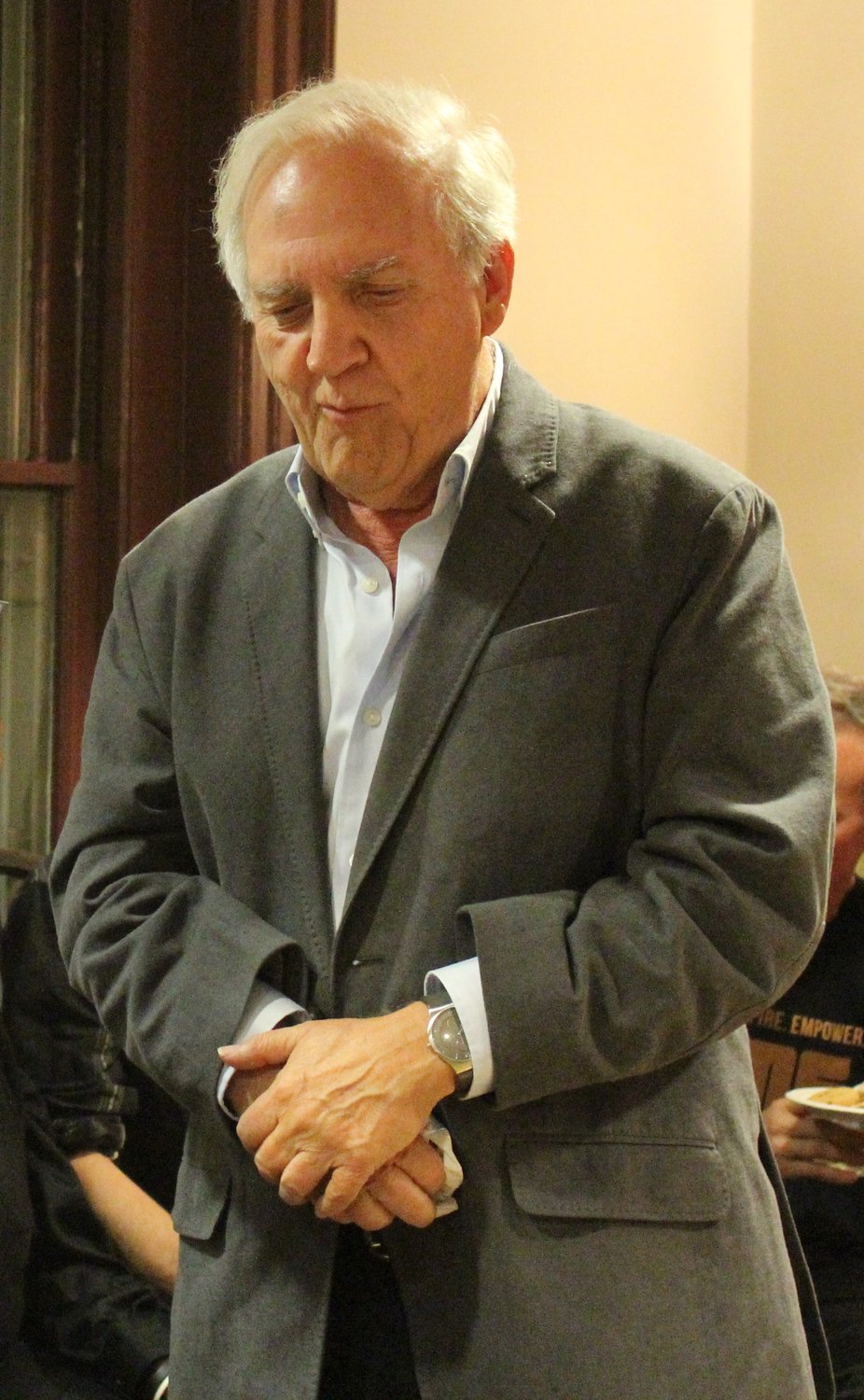 Chestnut Hill resident John Szwed, seen here at the Kelly Writers House (on the U of P campus), has written many highly regarded biographies of iconic American musical figures like Miles Davis and Billie Holiday. 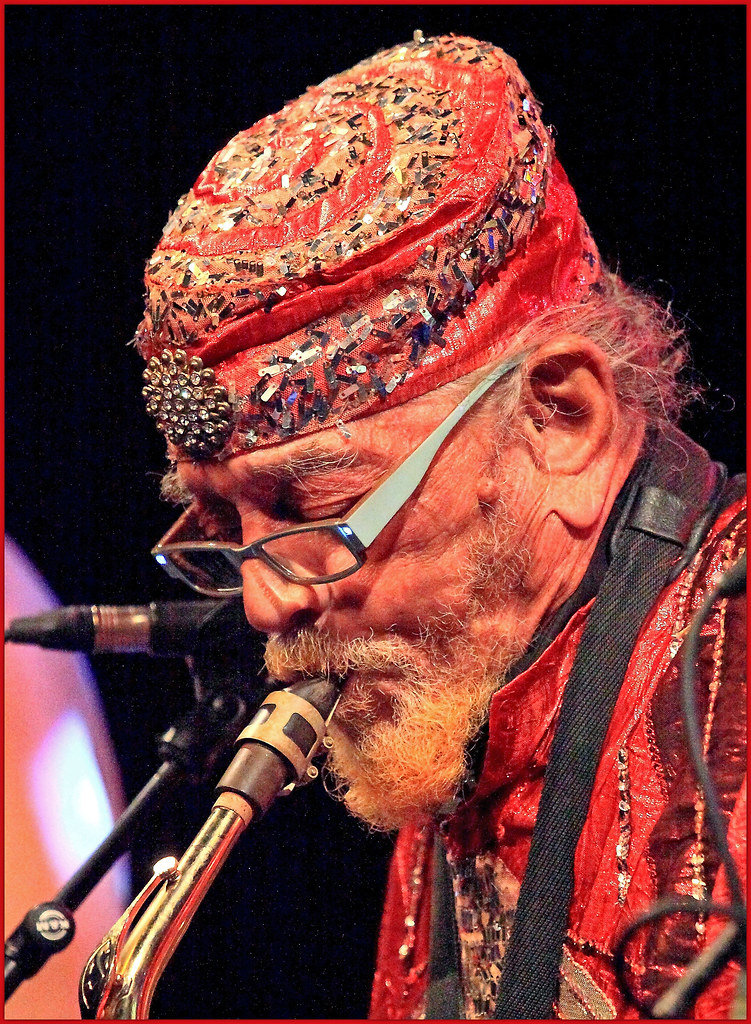 Germantown resident Sun Ra, founder of Afro-Futurism and a truly unique musician and thinker, died suddenly of a heart attack while Szwed was working on his biography.
Previous Next
Posted Thursday, June 3, 2021 9:30 am
by Len Lear

When I found out recently that John Szwed has been living in Chestnut Hill for years, I was floored. I thought for sure he'd be living in New York or L.A. (The fact that Szwed is a Hill resident was brought to my attention by one of my local spies, artist Dan Rose, who knows we love to feature fascinating locals in the arts.) Szwed, 84, has a national if not international reputation for his highly regarded biographies of such musical icons as Miles Davis, Billie Holiday, Alan Lomax, Jelly Roll Morton and Sun Ra.

He said, “It looks like my whereabouts for the last 10 years have been discovered,” when I contacted Szwed (Polish for “Swede”) at his home near Cresheim Valley Drive. (He previously lived in Roxborough for 16 years.) We later had a face-to-face, two-and-a-half hour interview, and of course, it barely scratched the surface of Szwed's decades-long immersion in the lives of so many American musical giants.

Szwed was born in a “shotgun shack” in the tiny town of Eutaw, Alabama, then lived for a while in Birmingham, Alabama, and moved with his family to Burlington, NJ, when he was in 6th grade. His father worked in a pipe foundry. “We were poor,” he recalled. “We lived in one room in a hotel. I saw amazing films in a black movie theater across the street. In fact, I am now working on a book about Harry Smith, a child genius and film maker. He was a little crazy, but I took up his cause because he is so unknown and deserves to be so much better known. Thomas Carlyle (19th century Scottish historian/philosopher) said that everybody deserves a biography, but Harry did not leave much of a paper trail.”

Szwed decided to become a biographer because “it seemed like anthropology. Sun Ra was my favorite of my books. (Born in Alabama, Sun Ra lived in Germantown in his later years.) He died of a heart attack while I was writing the book. He was the father of Afro-Futurism, and he was very much into ancient Jewish/Christian thinking, but the first book he read was 'Frankenstein.' He was like a prophet who does jokes and a moralist. Someone said his message was that we are still primitive. He was a conscientious objector in World War II, and his family disowned him. He said he could not relate to a world this evil.

“I did not spend enough time with him because of his premature death. When he was asked where he was born, he would say, 'Saturn.' His passport even said that. I never fully captured the humor of the guy in my book, though. He said he was a member of the angel race. He was full of wit and was smarter than almost anyone. In 1982 I took Sun Ra to dinner in a terrible ice storm. I drove two miles an hour. We were the only people in the restaurant. I only sold 12,000 copies of the Sun Ra biography in 24 years, but I got 165 reviews, and only one was negative. That was the one in the Philadelphia Inquirer.”

Szwed's second biography was of Miles Davis. The Hill author researched and wrote it “because I thought an earlier one of him was terrible. Two reviews of my Miles Davis bio in the New York Times were lukewarm. Lawyers had pored over it for months. (One thing very few people know is that) Miles Davis and (famed French existentialist) Jean Paul Sartre were going to do an act on stage, but it did not work out. Davis' own autobiography was more fun than my book about him, partly because he had all the four-letter words in it.”

Another of Szwed's subjects, Alan Lomax (Google???), is probably not well known to the general public but is a legend in the music business. “His archives were enormous. He collected over 17,000 songs, but he died with nothing ... I thought my Billie Holiday biography was better than the others written about her. I found stuff in the Rutgers Library from a biographer who killed himself. He had interviewed many people who had known Billie. Some very controversial stuff about Billie was left out of that bio, like affairs she had with Orson Welles, Charles Laughton and Tallulah Bankhead. I put those things in mine and never had any lawsuits brought against me.”

Szwed, who has a distinguished academic pedigree, is the John M. Musser Professor Emeritus of Anthropology, African American Studies and Film Studies at Yale University and an Adjunct Senior Research Scholar in the Center for Jazz Studies at Columbia University, where he previously served as the Center's Director.

Szwed earned a B.S. in business and economics from Marietta College (Ohio) in 1958, a second bachelor's degree in 1959, an M.A. in communications in 1960 and a Ph.D in sociology and anthropology in 1965, all from Ohio State University. He also studied trombone and music theory and played professionally for 12 years; as an undergraduate, he worked in a steel mill and played music at roadhouses, country clubs, college dances and speakeasies in Ohio and West Virginia.