Lawyer makes a strong case for acting at Old Academy

When a stranger runs his car into a ditch in dense fog in South Wales and makes his way to an isolated mansion, he discovers a woman standing over the dead body of her wheelchair-bound husband.

Lawyer makes a strong case for acting at Old Academy 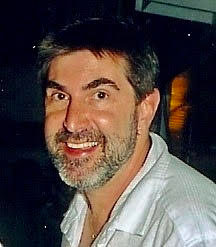 When a stranger runs his car into a ditch in dense fog in South Wales and makes his way to an isolated mansion, he discovers a woman standing over the dead body of her wheelchair-bound husband, a smoking gun in her hand. She admits in a dazed and unconvincing manner to having just murdered her husband.

The unexpected guest offers to help her concoct a cover story. After the detectives question members of the family and staff, a tangled web of lies, family secrets and chilling motives are revealed.The greatest mystery of all is who actually committed the crime.

This is Agatha Christie's “The Unexpected Guest,”directed by Loretta Lucy Miller and presented by Old Academy Players in East Falls, running on weekends through March 20. One of the performers in this play is former lawyer Harley Diamond, who plays Henry Angell,  a manservant to the man who was murdered.

“My original dream was always to become an actor,” said Diamond, who is originally from New York. “I graduated as a theater arts major from Hofstra University and went on to study further at the Stella Adler Conservatory. I even performed at many local and regional theaters.”

But then, as it sometimes happens to young actors who have to spend so much time and energy waiting at auditions and getting over rejection while deciding which bills can be paid, he made a change.

“I got tired of all the menial jobs I had to do in order just to survive,” he said, “so one day I started to look for another career and eventually decided to become a lawyer.”

So off Diamond went to attend the University of Illinois Law School, a profession he pursued successfully for 28 years before retiring from the New York Housing Authority just last year. In that capacity, he explains that he didn't have to spend much time in court, which gave  him ample time to keep appearing as an actor. “And just last year my husband of 30 years and I decided to move down here to Manayunk,” he said.

“Manayunk was the perfect place for us,” he added. “My sister and niece live here, so I was able to search it out before we made the move. And the first house we saw had a pool and a parking place. That was a great deal, so we bought it. And I'm so glad we did. We love it here. Manayunk is the perfect place for us. It's part of  Philadelphia, but it feels like a small town. It's also perfectly placed to let me be in New York in no time.”

So after many years of trying to combine the best of both worlds, Diamond is excited to be making his Philadelphia area debut at the Old Academy Players. “This role was made for me,” Diamond insists. “Sometimes it's difficult to relate to a character you're playing. That's when you must dig deep to find some qualities in the character you can relate to. Well, I've always been able to relate to the English accent. It comes very easily to me, so appearing as Angell feels very natural to me.”

Diamond said that with Covid finally passing, it feels wonderful to be back on stage in front of live audiences. “Theater has always been my first love,” he said. “It gives me the opportunity to make people think, make them laugh and make them cry while I'm telling them a story. And I think others who might like to do the same thing need to just do it. And please take a class. It might take you a while to get a role, but just stick with it. I think that's the best advice I could give to anyone.”