The college is ignoring the fact that their campus and the SugarLoaf property are both listed as “significant" resources in the National Register Historic District. 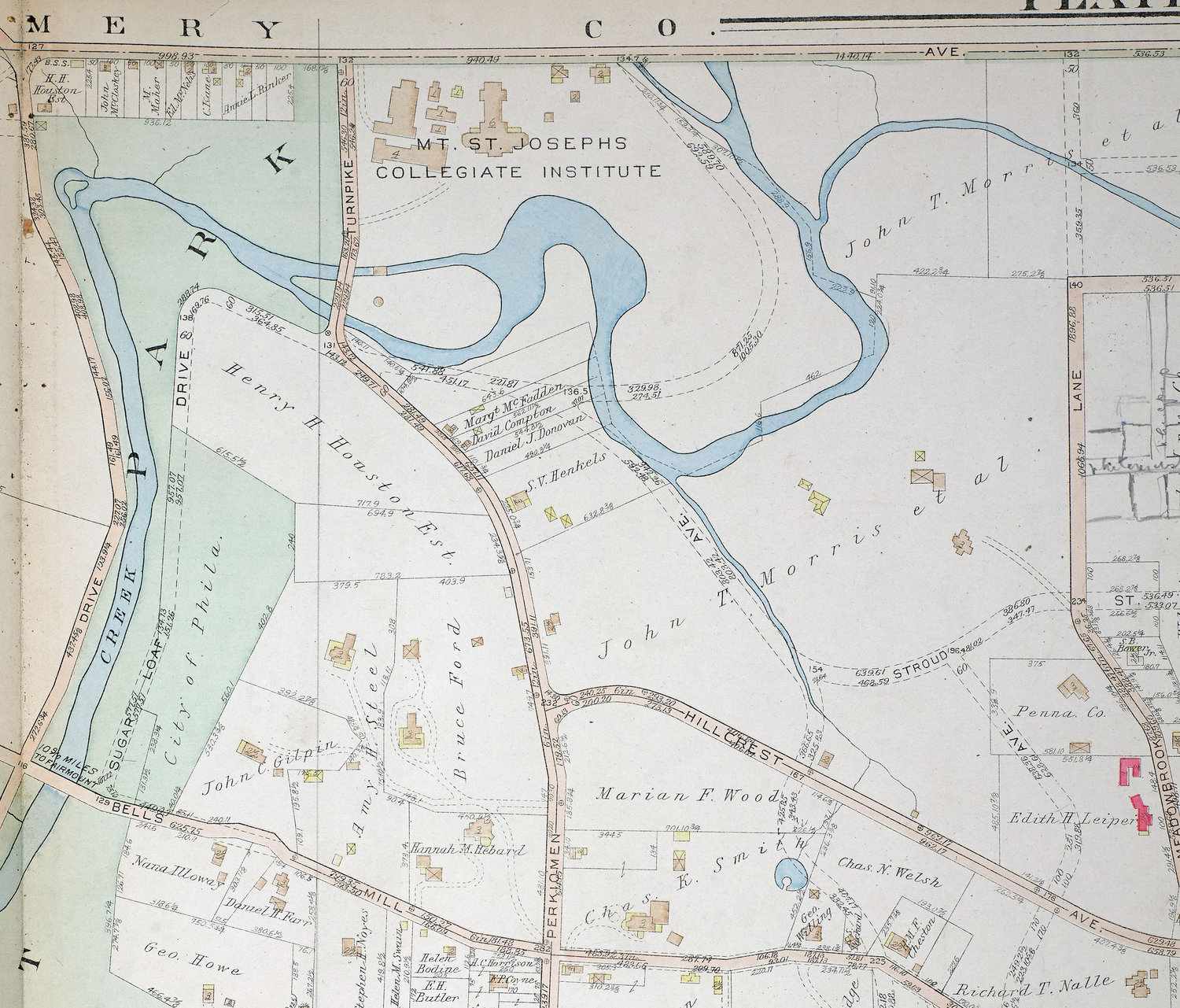 The site of the Bruce Ford, formerly Joseph Page house, and outbuildings near Germantown Ave. Courtesy of the Library of Congress
Posted Thursday, March 31, 2022 12:00 am

Lori Salganicoff and the Chestnut Hill Historical Society are correct in their concerns about the actions of Chestnut Hill College at the SugarLoaf site.

The College has received many millions of dollars of public funds from the state of Pennsylvania – which means from all of us. It is therefore obligated to meet the terms of the Pennsylvania History Code which states that “irreplaceable historical, architectural, archaeological and cultural heritage of this Commonwealth should be preserved and protected for the benefit of all the people, including future generations.”

The college has stated that there is nothing historical here – ignoring the fact that their campus and the SugarLoaf property are both listed as “significant" resources in the National Register Historic District that covers most of Chestnut Hill.

Two historic maps demonstrate the actual historical evidence. An 1863 map entitled “Map of a reconnaissance of the approaches to Philadelphia ...” (Library of Congress) showed sites that could be fortified against General Lee’s invading Confederate army. “SugarLoaf” was to be the site of a “1rst order” fort, to be built by Black troops from Fort William Penn. The Franklin Survey Company Atlas of the Twenty Second Ward, Phila. (plate 36) shows the site in 1955 with extensive outbuildings including a remarkable pool house by the significant modern architect Edward Durell Stone. The Page mansion and many of its outbuildings were demolished in the last twenty years. These sites provide archaeological evidence that illuminates a century and a half of Chestnut Hill's history.

Given the extensive public funding to Chestnut Hill College, the college and the Sisters of St. Joseph have an obligation to the state and our community to safeguard rather than destroy the Chestnut Hill history that is in their control.