Liam Gallagher gives the people what they want

Liam Gallagher returns for sophomore solo effort “Why Me? Why Not.”[/caption] by Pete Mazzaccaro Twenty-five years and one month ago, Oasis roared onto the musical landscape with its debut …

Liam Gallagher gives the people what they want 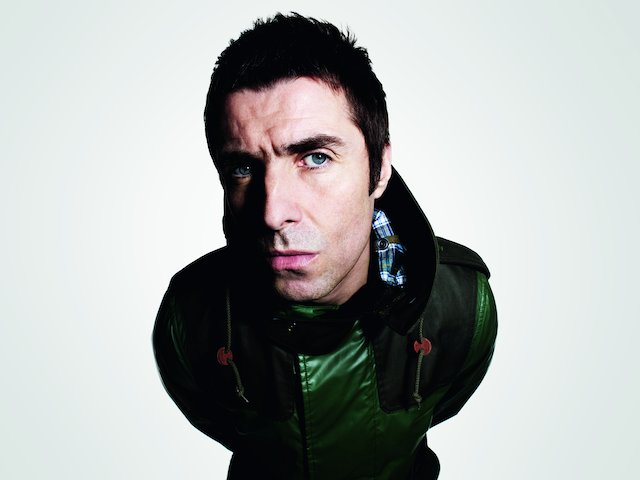 Liam Gallagher returns for sophomore solo effort “Why Me? Why Not.”[/caption]

Twenty-five years and one month ago, Oasis roared onto the musical landscape with its debut album, “Definitely Maybe,” a rock record that wore the sheen of Beatles grandeur but seethed with blue collar grit and emotion. It etched in stone the Brit Pop ethos of the mid ‘90s and accomplished a very rare feat for a Brit Pop act: charting in the States, where the record sold more than one million copies, thanks in no small part to the seminal single “Live Forever.”

The appeal of Oasis was not intelligent lyrical content or musical risk taking. The band’s songwriter, Noel Gallagher, wanted to give his audience what it wanted: big, memorable anthemic rock songs. A master of the quip, Gallagher told an interviewer who asked him about his success and his debt to the Beatles: "I'm not John Lennon. I'm not trying to say anything. I'm just trying to entertain people.”

Liam Gallagher, “Why Me? Why Not”

While Gallagher has moved beyond that Oasis/Beatles sound with his new band, High Flying Birds, his younger brother and ex-bandmate, Liam, has embarked on a solo career dedicated to the “give the people what they want” showbiz axiom. His sophomore solo album, “Why Me? Why Not,” picks up where his debut, “As You Were,” left off – a rekindling of that Oasis sound that made him and his brother the real kings of England in the '90s.

The backstory here is that Noel and Liam are the most famously feuding rock siblings since the Kinks' Ray and Dave Davies. The Gallagher brothers were regularly at odds and given to occasional fistfights throughout the band’s 15-year run. Noel declared he'd had enough in 2009, quitting the band, which, since he was its main songwriter, effectively ended it.

In the decade since Oasis went up in smoke, Liam has never passed up an opportunity to take shots at his brother. He’s clearly upset Noel pulled the plug on what was one of the biggest rock bands of the last 20 years. That emotional state seems to power Liam through the 11-song set (14 on the deluxe edition), in which the impressionistic lyrics largely go back and forth between redressing passed slights to himself and issuing self-help-style self affirmations (Why me? Why not?).

One might wonder why a Liam Gallagher album might be worth listening to at all. It was a question Liam, now 47, admits he even asked himself. If you’re looking for lyrical depth or new sounds, Liam doesn’t have much to offer. But if that old Oasis sound was your thing, Liam delivers.

For all the credit Noel deserves for Oasis’ songs – he was a master of the anthem, a fabulous melody writer (and admitted borrower) – Liam was much more responsible for the Oasis sound. Liam’s voice is equal parts John Lennon and John Lydon, the sneering Sex Pistols front man. That voice is just as convincing in an orchestra-backed Beatles-like ballad as it is in front of a snarling, three-chord guitar rocker.

With Noel replaced by the best songwriters money can buy – Americans Greg Kurtsin and Andrew Wyatt who have worked and won Grammys for a host of musicians (Beck, Adele, Lady Gaga, Paul McCartney for starters) – “Why Me? Why Not” is a nicely constructed piece of pop.

There are times when the pop polish gets in the way of Gallagher’s more rock ‘n’ roll bad boy sensibilities (the worst offender for me was the choral background vocals on “Now That I’ve Found You”), but for the most part, the producers succeed in putting Gallagher front and center of what he does best: lend that trademark voice to the sort of songs that sound like ones you’ve heard before, but you still want to hear more of it.

Author of tragic memoir reflects on pandemic's effects
Schiller has written another book set in Philly, “Watermark,” the first book in a series called the Broken Bell Series.

Quilt raffle in Mt. Airy to aid street vendors' kids
A remarkable group of young women from Northwest Philadelphia who have become virtual angels to children of street vendors in far-off Guatemala are holding a quilt raffle in conjunction with Mother's Day.