Live trivia nights are back at the Fareway

In the cool October air of 2017, eight neighbors gathered around a table at the Market at the Fareway to play a game of good old-fashioned pen and paper trivia. Sponsored by the Chestnut Hill Brewing …

Live trivia nights are back at the Fareway 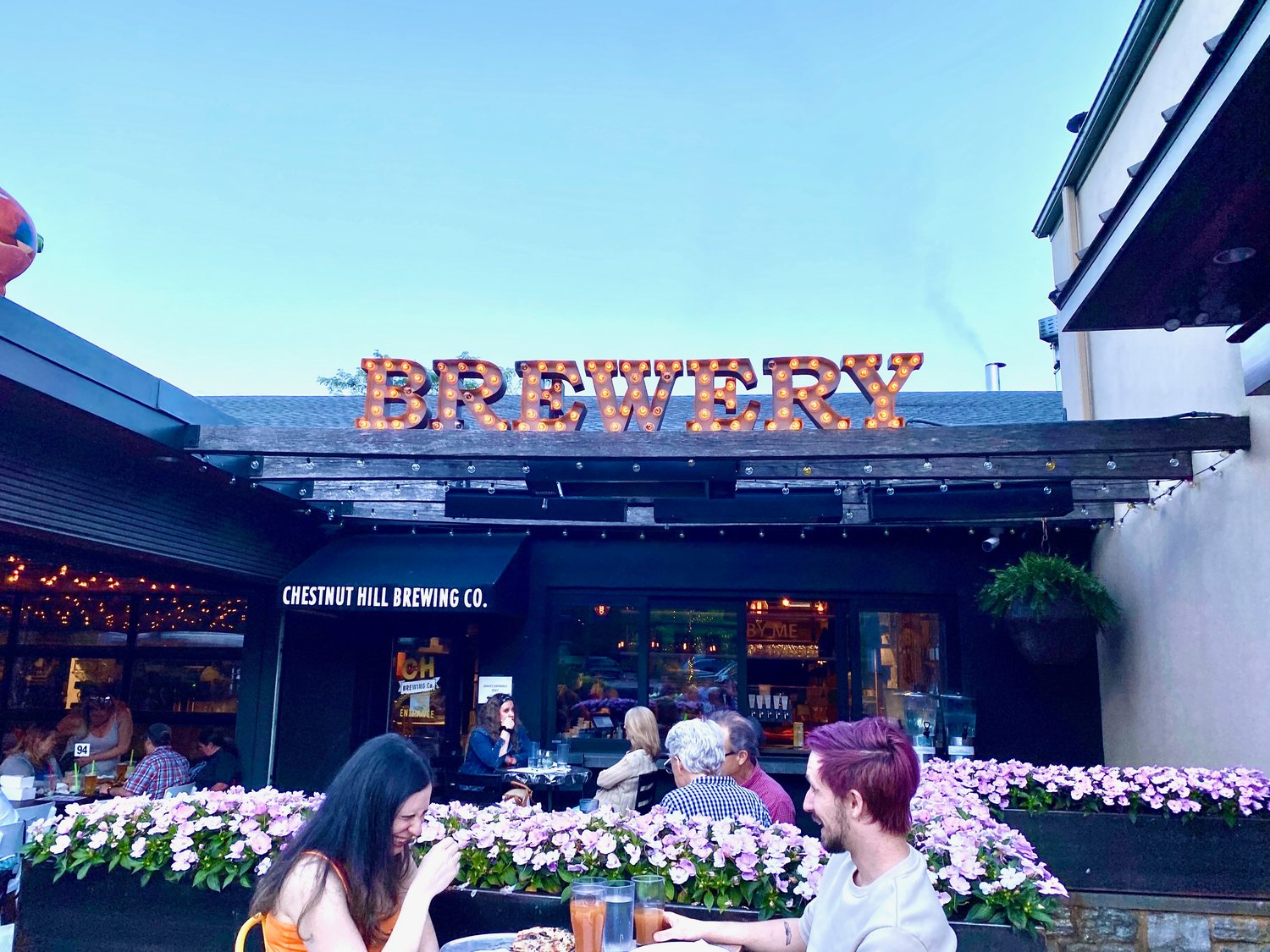 Wednesday’s are trivia night at Market at the Fareway. Photo by Heather Gray.
Posted Thursday, November 11, 2021 6:00 am
by Zoe Gray

In the cool October air of 2017, eight neighbors gathered around a table at the Market at the Fareway to play a game of good old-fashioned pen and paper trivia. Sponsored by the Chestnut Hill Brewing Company, the game was emceed by Steve Silverberg, erstwhile game show host, who supplied trivia questions and banter to entertain the small but devoted group of players.

Trivia Night started as a way to bring business to the Chestnut Hill Brewing Company, and it certainly succeeded in that aim. But nobody anticipated the community that would come together to weather rain, snow, and a global pandemic to get their weekly fix of trivia.

“Trivia is easy,” said Silverberg, the evening’s master of ceremonies. “It’s almost like standing in front of an extended family.” Silverberg’s job is, ostensibly, to lug around an amp and microphone, read out trivia questions, and mark the teams’ answer sheets. But in reality, he does so much more. Informed by years of working on TV game shows, Silverberg learned how to think fast and talk fast. He has a plan B for any given scenario, be it a technical malfunction or unexpected rainstorm, and if he’s on his game then nobody ever even knows it wasn't plan A.

Silverberg balances the types of questions on the trivia sheets: too hard, and people get frustrated, too easy and they lose interest. Trivia usually comes in 5-6 rounds, each centered on a certain theme: American history, music, pop culture, Philly sports, a picture round. The game runs roughly two hours and patrons sup on food and beverages from around the Fareway while they debate answers in teams.

The prize? A free growler of beer from the Brewing Company. Despite this coveted reward, cheating is a nonexistent problem, said Silverberg. In fact, he often walks around between rounds of trivia to check in on teams and give hints to any particularly befuddled groups. The point is not a vicious competition– although teams have been known to strike mock rivalries and trade smack talk during the game. The point is community. Silverberg himself takes the brunt of the crowd’s heckling, even going so far as to invite it: “I love when people boo,” he says, “because it’s the quickest way for everyone to come together as one.”

This community persisted throughout the year when most Chestnut Hill community events were made impossible by Covid. Silverberg pivoted to an online trivia platform called Kahoot without missing a beat, and the virtual format actually served to increase engagement: at the height of the pandemic, more than 100 teams were joining in every week.

When Trivia Nights returned to an outdoor in-person event at the Fareway, People continued to come every week, even in 10 degree weather. One team brought Silverberg hand warmers, and the bar supplied him with hot chocolate. So they forged on.

“We all take care of each other,” says Silverberg. When one local Chestnut Hill resident and loyal trivia-goer died during the pandemic, the community got together and used their Wednesday night to hold a moment of silence to honor her and recognize her life. Silverberg quotes the community members that were there that day as saying that the moment made them “all feel as one.”

Now, with Covid restrictions eased and a sense of triumph in the air, the community that was forged through the best and worst of times persists. Wednesday nights at the Fareway are filled with teams’ excited chatter, lighthearted trash talk, and clinking glasses raised to toast in merriment. Silverberg and his wife Amber are neighborhood personalities, and after the game is over their table is swarmed with enthusiastic players. “We all as a community built this thing,” said Silverberg. And we all as a community keep it going.

All you have to do to join Wednesday Trivia Nights is make a reservation at the Market at the Fareway and come with a playful spirit! All trivia supplies are provided at no extra cost, and participation is open to anyone.