It took quite a few years, but Andrea completed the book with help from another daughter, Elizabeth Anne, who grew up and graduated in 2006. 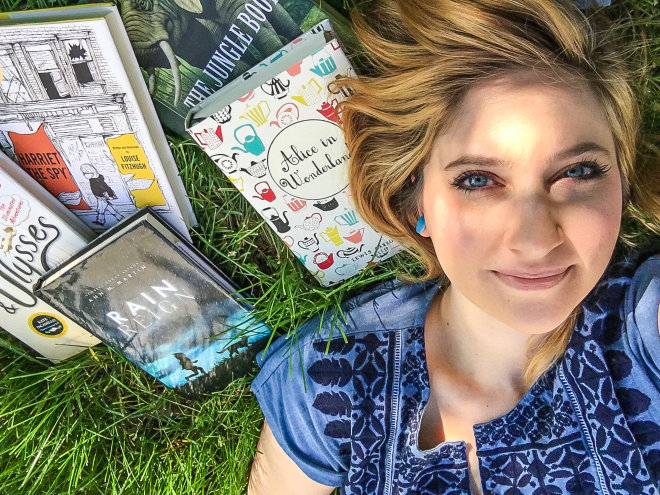 Elizabeth Anne Martins is a prolific composer and author of children's books in addition to “Reasons to Smile,” whose second edition will be released later this year. 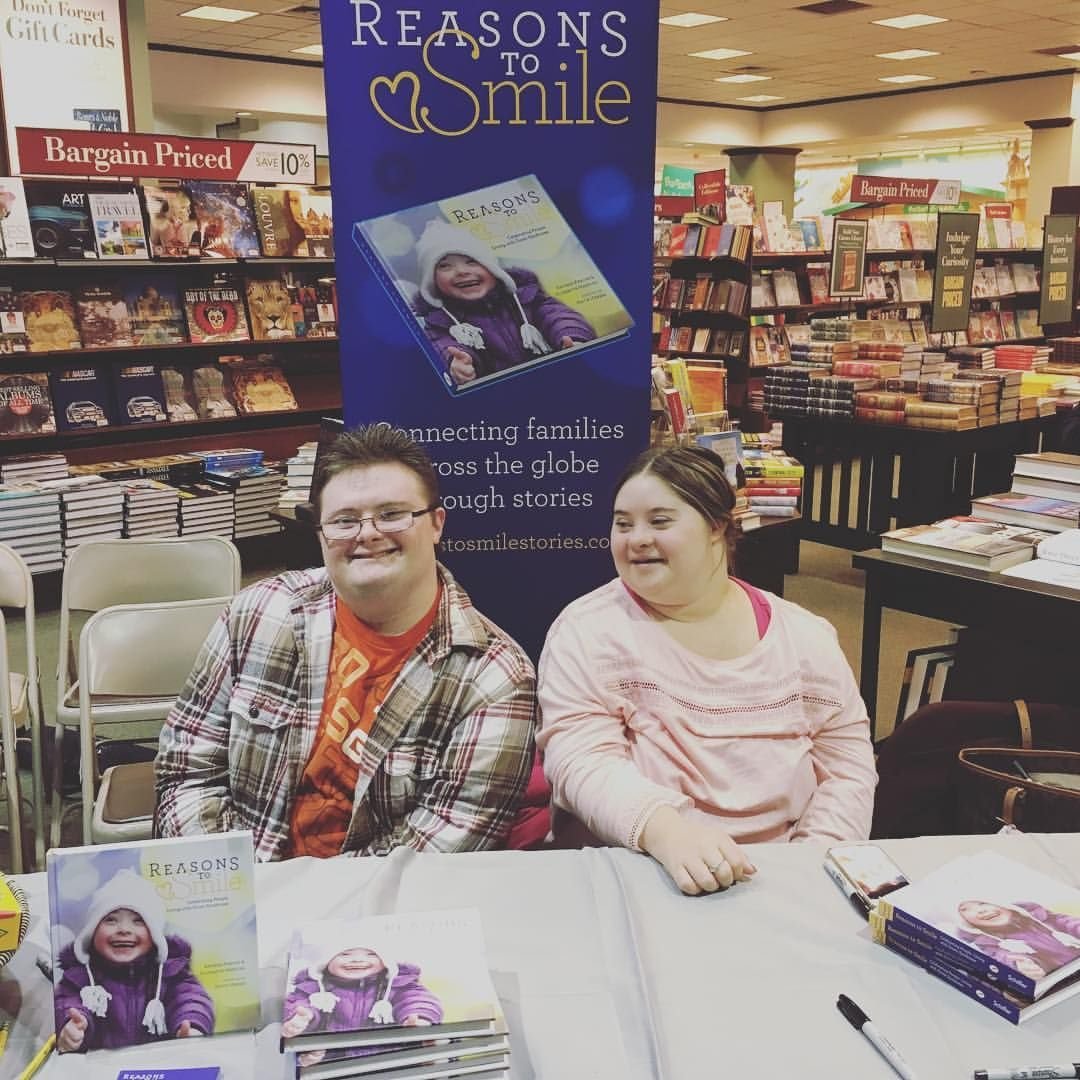 Anna Knauss (right) and her friend, Matthew New, are seen here as they sign copies of “Reasons to Smile,” at the former Barnes & Noble in Willow Grove. The book about raising a child with Down syndrome was written by Anna's mother and sister. 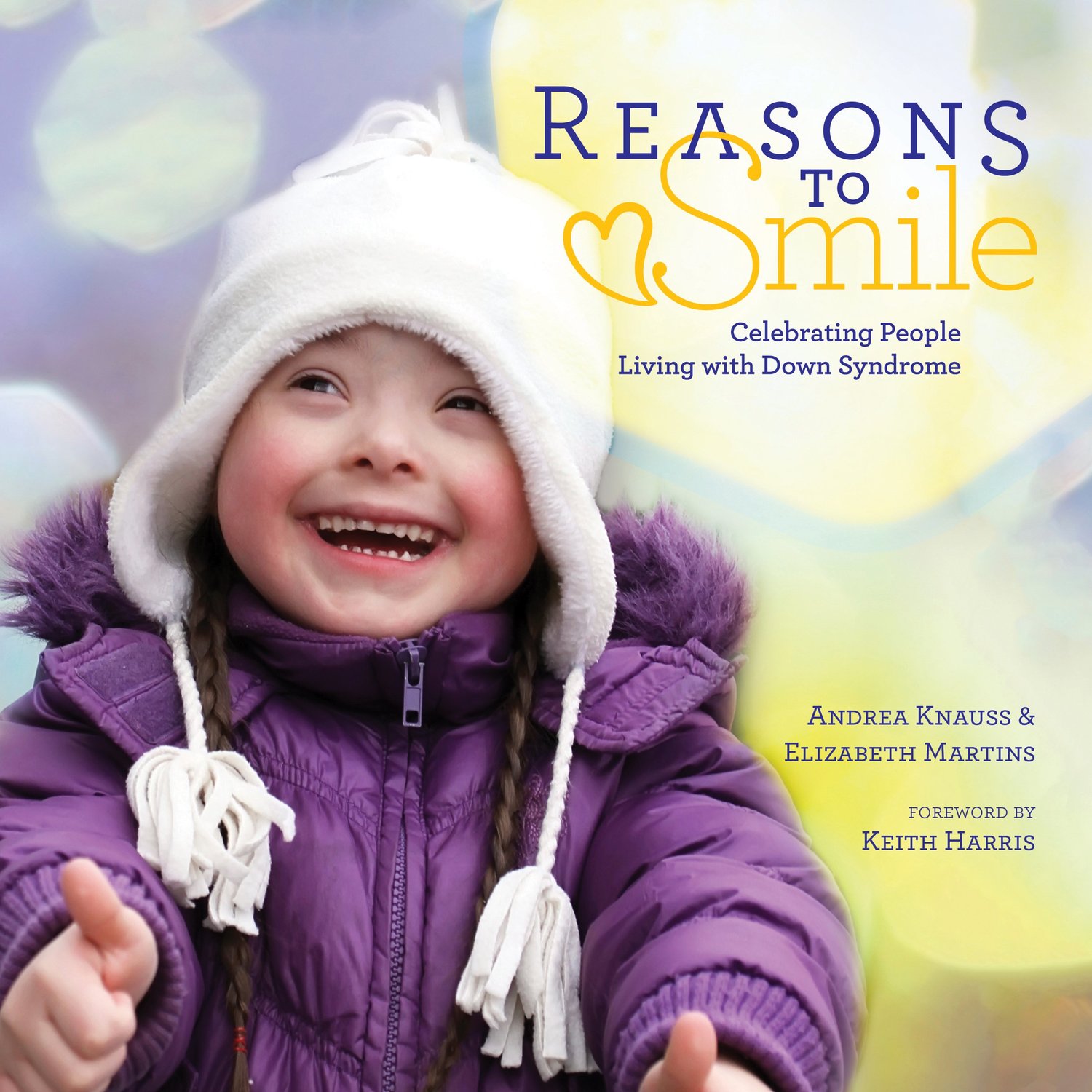 “Reasons to Smile,” co-written by a local mother and daughter, celebrates people living with Down syndrome.
Previous Next
Posted Friday, May 13, 2022 6:00 am
by Len Lear

In 1989, Andrea Knauss, who was living in Northeast Philadelphia at the time, looked all over for a book that would help her navigate life. She was raising two daughters, and just had a new baby, Anna, who was born with Down syndrome.

Despite her efforts, Andrea never found such a book, so she decided to create one herself. It took quite a few years, but Andrea completed the book with help from another daughter, Elizabeth Anne, who grew up and graduated in 2006 with a bachelor’s degree in communications from Temple University, followed by an master’s degree in English and publishing from Rosemont College in 2013.

Elizabeth, who has lived in upper Roxborough near Bells Mill Road for the past seven years and in Lafayette Hill for several years before that, was determined to help her mother's dream come true. So mother and daughter collaborated on the first edition of their book about raising a child with Down syndrome called “Reasons to Smile.” They launched it in 2016 at the National Down Syndrome Convention in Orlando, Fla.

“Visitors who stopped by our booth were pleased to see the book,” Elizabeth said last week. “We also did a book signing at Barnes & Noble in Willow Grove, where Anna and a friend of hers, both featured in the book, signed copies. We've received letters about how the book has helped families or has been purchased as a gift to comfort new parents. We've also received word that books have been placed in welcome baskets along with diapers, bottles and other baby products for parents with a newborn baby with Down syndrome.

“I'm proud of my mother for coming full circle with 'Reasons to Smile' and for her strong sense of motherhood, the ultimate hero's journey,” Elizabeth continued. She and my sister, Anna Knauss, are the reasons that 'Reasons to Smile' exists.”

Elizabeth has also been helped by her job as public relations manager and part of the writing team for Fox Chapel Publishing, which specializes in DIY, children's books, cookbooks and other lifestyle books. Elizabeth is the series editor of six “Ninja Kitties” children's books, which are being released next month. Ninja Kitties are seven royal kittens who transform into ninjas to save their kingdom. The stories teach positive messages such as building self-confidence, empathy, teamwork and perseverance.

Elizabeth is writing the next Ninja Kitties books, coming in 2023. “This experience has helped me immensely in my own writing,” she said, “as I have learned so much about character development and the social and emotional learning lessons for children that are implemented into each story. We are debuting the brand later this month at the Licensing Expo in Las Vegas.”

In addition, “Reasons to Smile, 2nd Edition: Celebrating People with Down Syndrome Around the World,” co-edited by Elizabeth and her mother, is currently in production with Schiffer Publishing. Anna's photo, taken in Wissahickon Park, is on the cover. The book is now available for pre-order on Amazon, and it will be released on Oct. 28 during Down Syndrome Awareness Month.

This updated edition offers new, candid stories from people around the world celebrating the lives of people with Down syndrome. More than 50 short chapters and slice-of-life photos share wisdom, encouragement and guidance for parents, families and friends of children with Down syndrome, as well as special-education teachers, social workers, mental health professionals and policymakers.

Elizabeth, who is also a very talented composer, has navigated the pandemic quite successfully, thanks to her family and her writing. “As a working parent,” she said, “the pandemic has been tough managing remote work, school and zig-zagging routines, but it has also strengthened bonds, allowed us to spend more time in nature and forced us to take a step back from the busy schedules of the world.

“At the beginning of the pandemic, when quarantining consisted of me, my husband and son, I wrote a novel about a mother and her child surviving an apocalyptic world completely alone,” Elizabeth continued. “I envisioned this story as a female version of 'The Road.' That's how the pandemic felt — isolating, unknown, apocalyptic. Writing this story provided some comfort, though. I pitched it to a literary agency, and now it is currently being submitted to publishers.”