Hornblum's latest book, released Feb. 16, is “The Klondike Bake-Oven Deaths” (Sunbury Press) based on actual events in 1938, also in Holmesburg Prison. Unlike Hornblum's non-fiction books, this one is “historical fiction.” 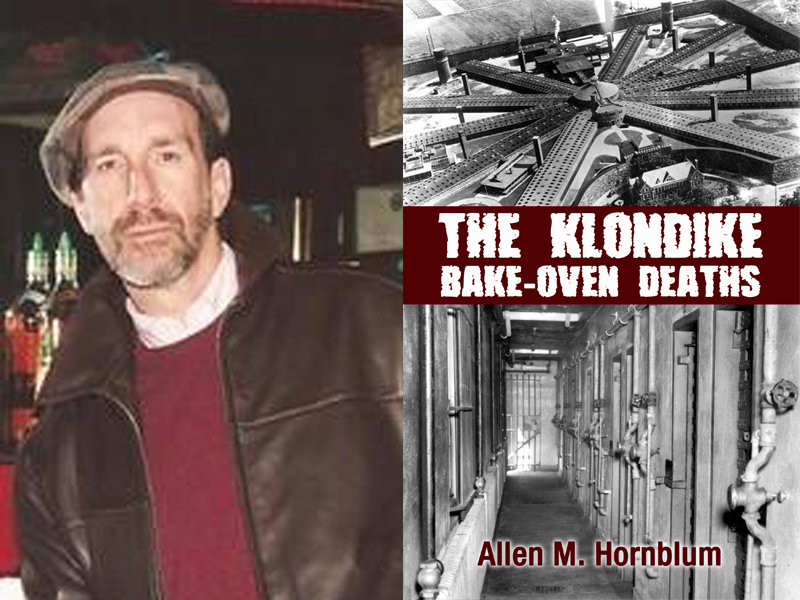 Allen Hornblum's latest book, released Feb. 16, is “The Klondike Bake-Oven Deaths,” based on actual events at Holmesburg Prison. According to Hornblum, who has written often about the prison system, the “Klondike” episode was “the worst case of prison abuse in American history.”
Posted Friday, March 19, 2021 10:10 am
by Len Lear

About 15 years ago I attended a gathering in the Chestnut Hill Library rear meeting room, filled with well over 100 area residents, to hear local author Allen Hornblum discuss his then-just-published book, “Confessions of a Second Story Man.” The book, a spectacularly gripping read, was about a gang of professional burglars from Kensington who made a fortune by burglarizing the homes of wealthy families, mostly in Chestnut Hill and on the Main Line.

At the discussion in the library, Hornblum, now 73, was accompanied by one of the burglars whose exploits he chronicled in the book. The overflow crowd was fascinated by the burglar's anecdotes. For example, he talked about the research and surveillance that went into the planning of their crimes. His gang generally carried out their heists when families were on vacation, which they found out by driving through Chestnut Hill and looking for newspapers piling up in a driveway.

He also said that contrary to what many laymen might think, burglars never carry guns. It's not that they have an antipathy to violence, he said. It is because if they get caught with a gun, they will probably get a 10-year prison sentence. If they are caught without a gun, however, they will probably only get a one- or two-year sentence. And he considered a relatively short prison sentence the cost of doing business.

They made so much money from burglarizing luxury homes that their families would still live a good lifestyle while dad was in prison. It was far more worthwhile, even with rare prison time, than working a low-wage 9-to-5 job and living from paycheck to paycheck. This way they could send their kids to fine universities with no problem.

Hornblum, who has history degrees from Penn State and Villanova and completed PhD coursework in political science at Temple when he was recruited to become director of Americans for Democratic Action, has written several other excellent books, mostly non-fiction. His most prominent book, which was the subject of features on numerous national news and TV talk shows and a documentary film, was “Acres of Skin,” a terrifying expose about non-therapeutic medical experiments on prison inmates at Holmesburg Prison from 1951 to 1974 without the inmates' consent. Some have compared them to the human experiments in Nazi concentration camps. The publisher of “Acres of Skin” recently sold a film option for the book to a movie production company, so it may wind up on a big or little screen in the future.

Hornblum's latest book, released Feb. 16, is “The Klondike Bake-Oven Deaths” (Sunbury Press) based on actual events in 1938, also in Holmesburg Prison. Unlike Hornblum's non-fiction books, this one is “historical fiction.” In other words, as with Truman Capote's 1965 “In Cold Blood,” the most famous example of the genre, Hornblum takes real events and weaves a compelling novelistic narrative around them. The story received front-page coverage across the country when the incident occurred but is largely forgotten now. According to Hornblum, it was “the worst case of prison abuse in American history,” and it happened in Philadelphia.

In “Klondike,” Hornblum tells about a hunger strike by inmates at Holmesburg Prison to protest the inedible food and atrocious living conditions. To punish the hunger strikers, guards sent 23 men to the “Klondike” (Holmesburg’s version of “the hole”). The Klondike, a small building housing only 12 cells, was frequently employed as an isolation unit to punish prisoners deemed disruptive.

In this instance, the guards closed the windows, turned off the water and cranked up the heat, causing the temperature to rise to about 200 degrees Fahrenheit. A few days later, the guards opened the door to find four bodies that had been baked to death, with many other inmates unconscious and close to the same fate.

“The Klondike story was one of many I discovered while researching the history of prison experiments and related issues,” Hornblum told the Local last week. “After working in prisons myself and visiting many prisons around the world, I've learned a great deal about their … cultures. What is particularly interesting is how such a grim event, the roasting of inmates, that attained national attention at the time has been lost to out collective memory.” (At the time Newsweek magazine devoted three full pages to the story, and legendary playwright Tennessee Williams wrote a play about it, “Not About Nightingales.”)

Why did Hornblum detour from straight non-fiction to novelistic non-fiction? “I don’t particularly enjoy fiction, rarely read it and am admittedly uninformed about popular authors and their works. However, it seems more people read fiction, and a lot of my friends who are accomplished authors of non-fiction tried to pen a novel, but the exercise proved frustrating and unsuccessful. So I took on the challenge to see if I could craft a piece of historical fiction that would land a publisher and not get laughed at by the masses. The most important thing, however, is that the public learn about this horrible crime that occurred over 80 years ago. It’s part, albeit an ugly part, of our city’s history.”

For more information, visit sunburypress.com. Len Lear can be reached at lenlear@chestnuthilllocal.com