Bob Harrington may well be the proudest of his most recent achievement – winning the the Federal Aviation Administration’s Wright Brothers Master Pilot Award. 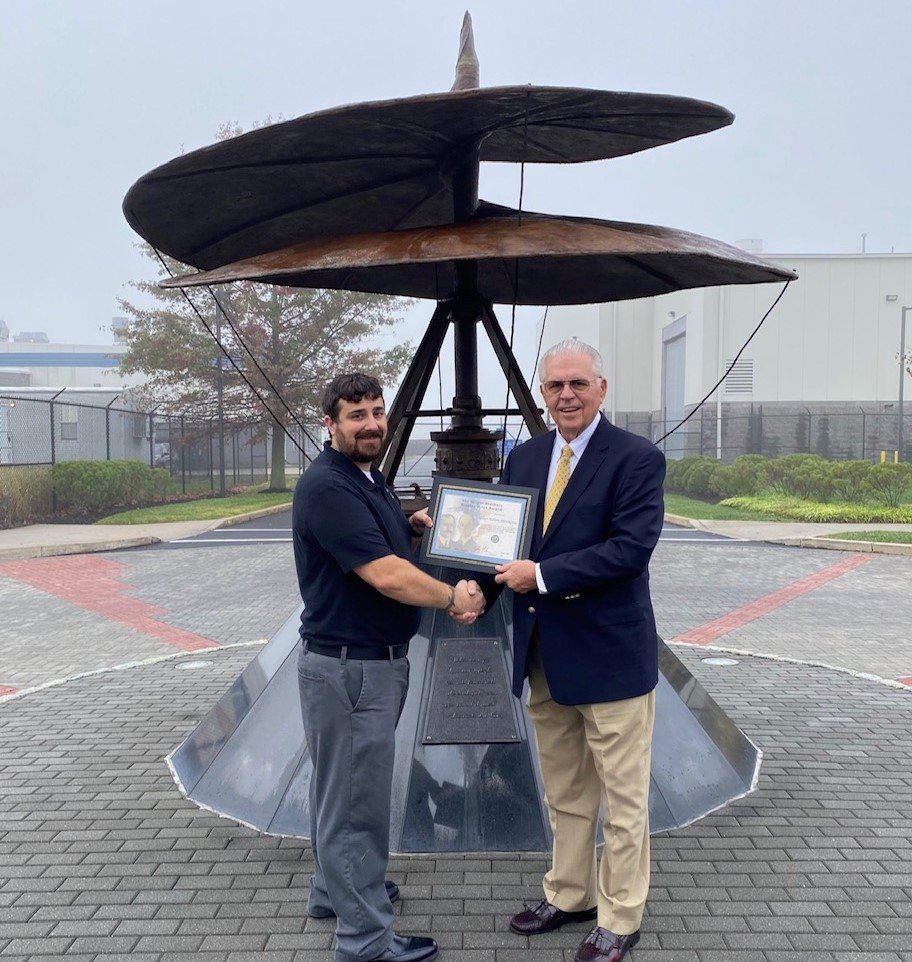 Harrington (right) is given the Wright Brothers Master Pilot Award in October by Eric Sieracki, of the Federal Aviation Administration, in front of the Leonardo Da Vinci model of a helicopter at Northeast Philadelphia Airport. 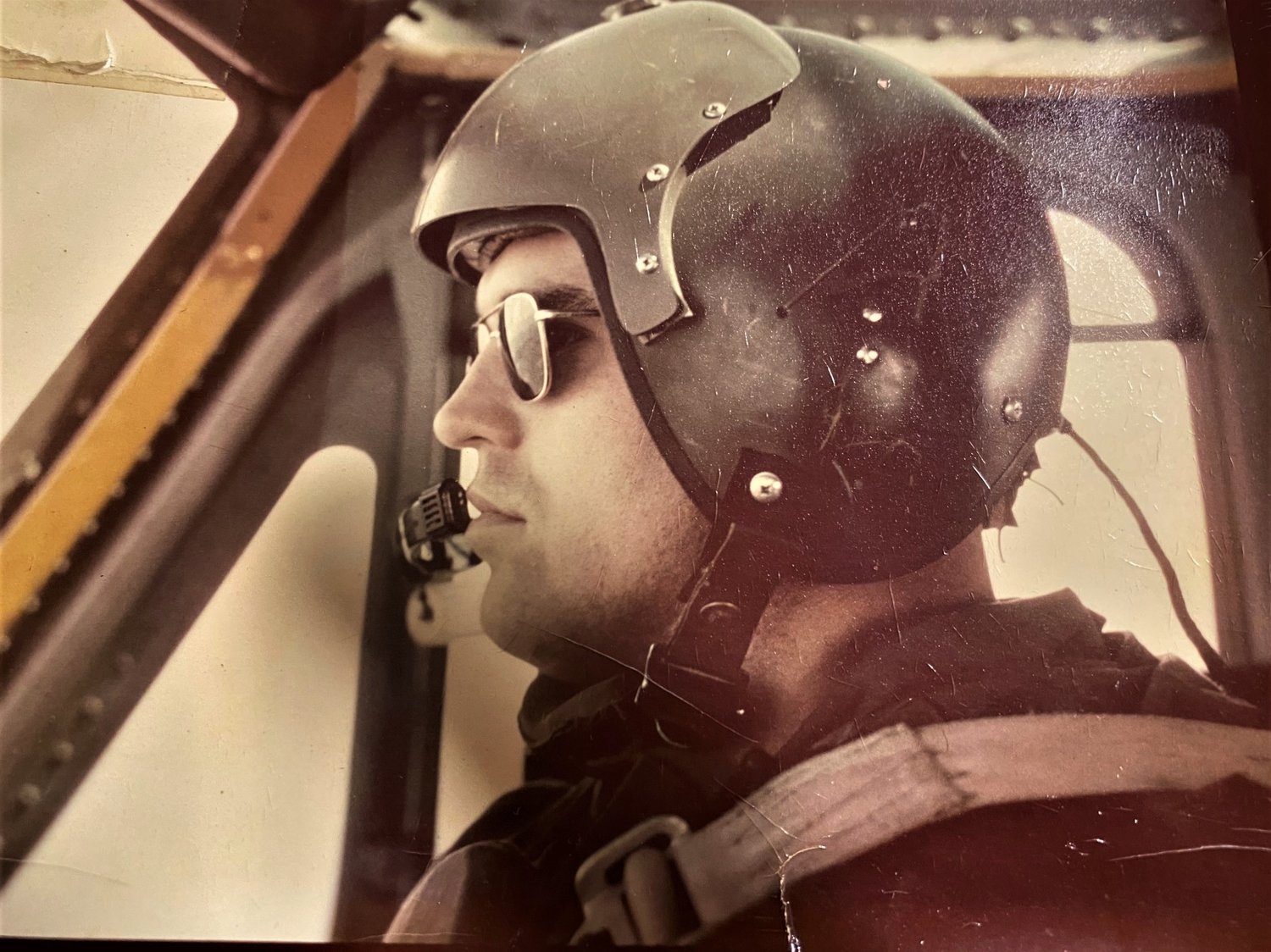 Bob Harrington may well be the proudest of his most recent achievement – winning the the Federal Aviation Administration’s Wright Brothers Master Pilot Award – because it has absolutely nothing to do with his long and successful corporate career.

The 78-year-old Chestnut Hill resident, who served as president of three medical device companies in Philadelphia and New Jersey and still does some consulting for small businesses, earned the award in October “in recognition of his 56 years of exemplary aviation flight experience, distinguished professionalism and steadfast commitment to aviation safety.”

Harrington, who now describes his life as “crazy wonderful,” picked up his award at Northeast Philadelphia Airport, standing in front of a replica of Leonardo Da Vinci’s legendary helicopter design. More than 500 years ago, Da Vinci, an artistic and scientific genius, created the world's first known drawings of a modern-day helicopter-like aerial machine with a vertical takeoff and landing.

“The location [of the award presentation] was appropriate,” said FAA representative Eric Sieracki, who handed Harrington his award, “because the first aircraft Mr. Harrington ever flew was a helicopter in 1966.”

And in those days of the Vietnam War, helicopters were a much riskier proposition than they are today – as helicopter crew members experienced the highest mortality rate.

“A guy from Roman Catholic High School, one of the best people I ever met, died in a helicopter,” Harrington said. “There is a Vietnam memorial in the city's Fairmount section dedicated to him, the first one of its kind in the U.S. His dad was an injured cop. I have spoken at the memorial four times in 50 years, but I hate it. It gets into my brain.”

A Brooklyn native, Harrington graduated from the University of Maryland. “I am from a blue-collar family,” he said, “and I come from a long line of cops and firemen.”

After college, Harrington got married in 1965, was drafted into the military and trained to be a helicopter pilot. He graduated from flight school in May, 1967. He was sent to Vietnam later that year, and had to leave his wife and 10-week-old son behind. He eventually flew 1,200 hours of combat missions and won 28 air medals.

“I liked the missions I flew. I have crazy in my brain,” Harrington told the Local.

At the time, American public opinion was split between supporters and opponents of the war, Harrington said. Having grown up with all four grandparents being immigrants, a mix of Irish, Italian and Jewish people from Eastern Europe, he said he saw that conflict up close – and sees shades of it showing up again in the stark political divisions of today.

“When I went to Hawaii for [rest and relaxation], though, people thanked me,” he said, “but they are the closest state to Vietnam … I don't go out of my way to tell people I was a pilot in Vietnam, but I am very proud of what I did.”

Still, his uniform was a dead giveaway.

“My father-in-law, who was a fire chief in New York City, asked me to wear my uniform to church at midnight Mass,” Harrington said. “After the Mass, a lady lectured me on the front steps about 'killing women and children.'”

After the war, Harrington was recruited by Syntex Pharmaceuticals in Philadelphia, and he worked for Star Dental in Conshohocken, owned by Syntex, for 10 years. Over the years he was a salesman, sales trainer, regional manager, product manager, director of operations, director of sales and marketing and president and CEO of several medical product companies.

Harrington did have issues with Agent Orange after the war and was declared a 100 percent disabled veteran, service-connected. But he keeps himself in shape by walking 10,000 steps four times a week. He and his wife Patricia, who works part-time at Chestnut Hill College, have four children and 13 grandchildren.

Harrington said he would love to be able to keep giving back by flying helicopters to pick up injured people and take them to hospitals. He still meets all the requirements, and is approved by the FAA to fly for Emergency Medical Services, he said.