Every Friday in December, shoppers are asked to use their holiday shopping to support the local community with “Shop Black Business Friday.” 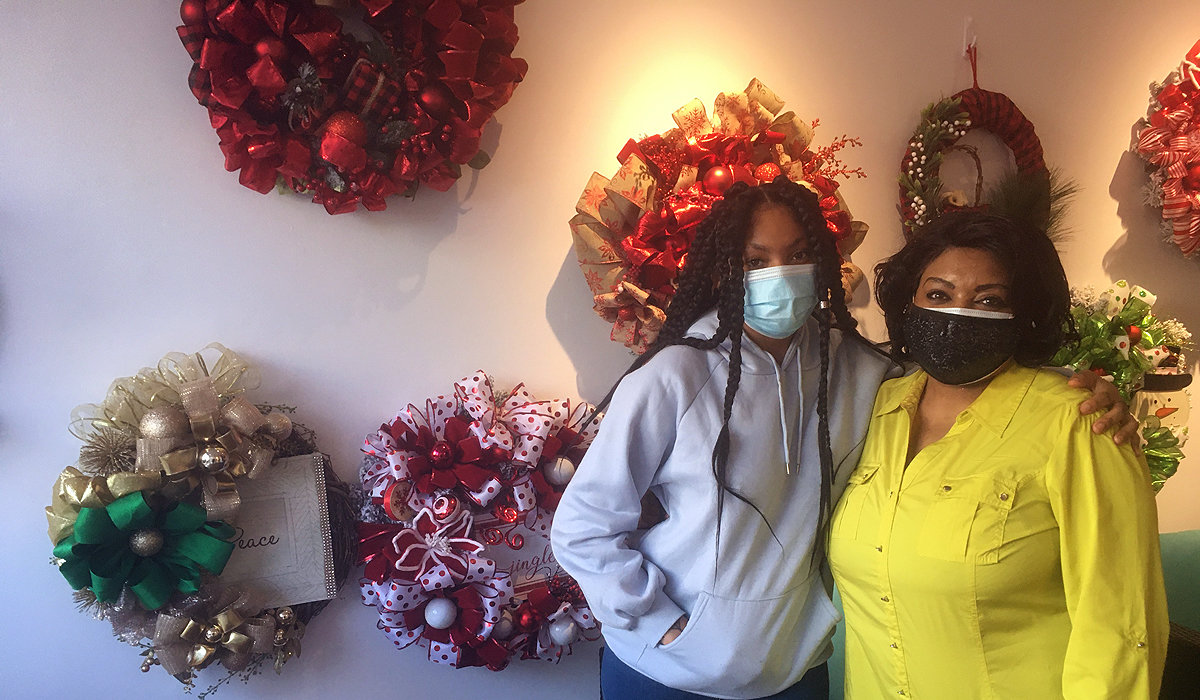 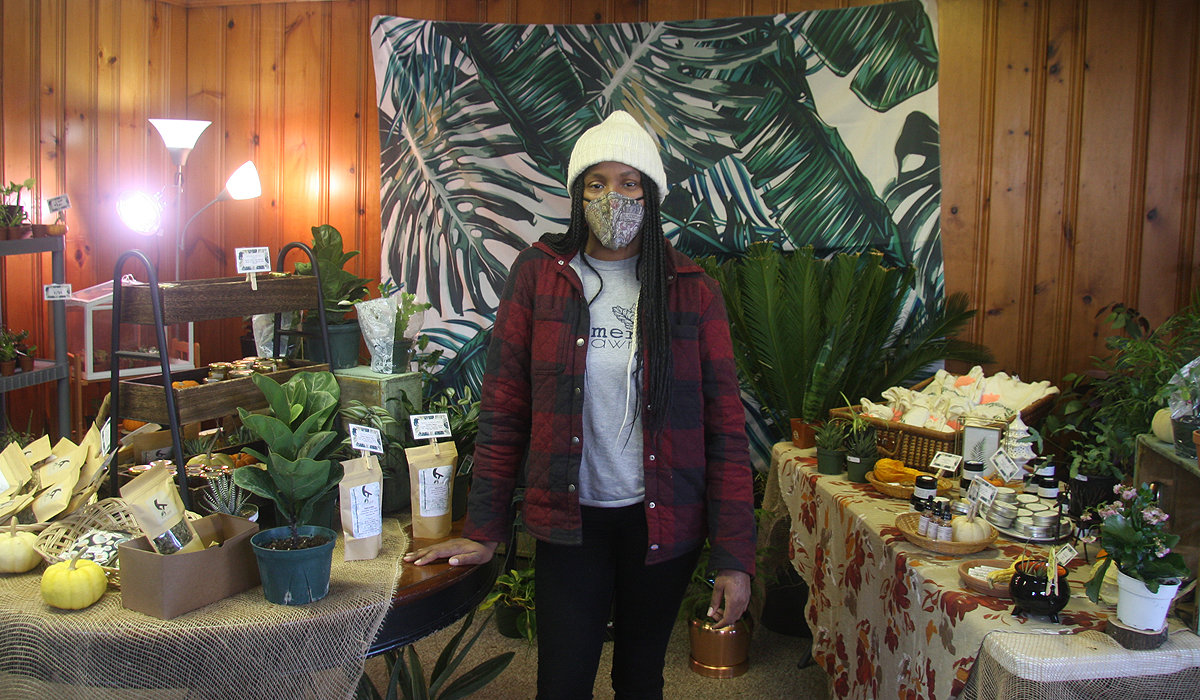 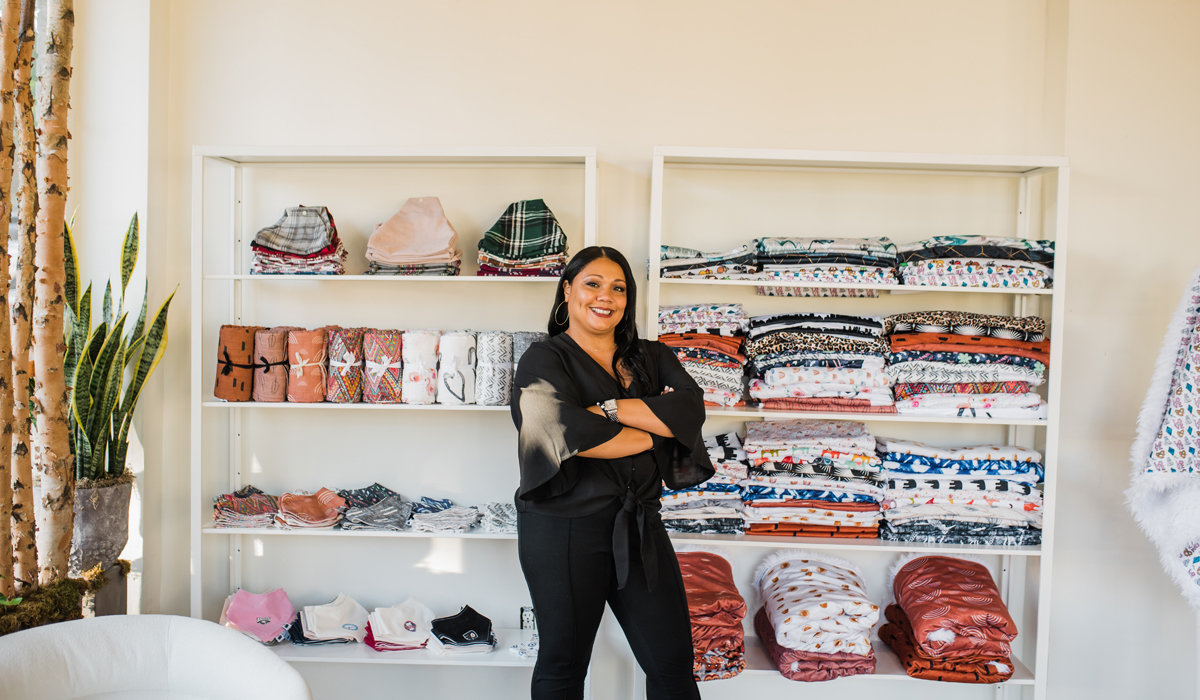 Every Friday in December, shoppers are asked to use their holiday shopping to support the local community with “Shop Black Business Friday.”

The initiative was the idea of Councilwoman and Majority Leader Cherelle L. Parker (9th District), who was concerned that small, minority-owned businesses were being particularly hard hit by the events of 2020.  According to the resolution, passed the first week of December, “The 2020 holiday season is a critical period for the economic health of small businesses, and an opportunity for residents and visitors to strengthen Philadelphia communities by shopping with Black- and Brown-owned businesses.”

“Of the 12 new businesses who have opened in Chestnut Hill this year, five have been black-owned,” said Philip Dawson, Executive Director of the Chestnut Hill Business District.

Door Décor and More, 8138 Germantown Ave., opened in October, and their custom wreaths have been a popular Christmas commodity, but owner Desiree Palmer and her daughters have found it off to a slow start with shifts in restrictions adding to the challenges of getting the word out to customers that her store is open.

“I knew Chestnut Hill is where I wanted to be,” said Palmer. While the hesitancy to shop in person has been difficult, “The community has been really supportive.”

The AR Workshop (8607 Germantown) provides DIY instruction and materials for home crafts; though they were shut down during the early months, they concentrated on “DIY to-Go” kits for the homebound, and now offer some daily socially distanced workshops, especially on Wednesday Stag and Doe days. The Spice Rack had a different experience. They’ve been on the Hill for four years, the last three at 8428 Germantown. They’ve noticed a pickup in curbside service and online orders but there’s still a lot of foot traffic. “Because everyone has been at home cooking, business has been good,” said Shannon Williams.

Other businesses range from the new plant shop Sister Sunflower (7904 Germantown Avenue) to the well-established, such as Jonesy’s Accessories (7916) and Style by Blain (8433).

In Mt. Airy, some black-owned businesses expanded from an online or pop-up presence into a physical location this fall. Viva Leaf Tea Company also opened in October, at 6730 Germantown Avenue, and Buddha Babe at 7101 Emlen Street in late November. They’re very different stores, both with a handcrafted, curated esthetic, each with their own lines of handmade face masks in locally sourced organic fabrics. Uncle Bobbies Coffee and Books, 5445 Germantown Ave., has reopened for takeout and book sales, plus the online bookstore they added during the early days of the lockdown.

"With Black-owned businesses closing at nearly twice the rate of other businesses nationally, the promotional push is intended to help spark consumer sales and support the jobs, revenue and economic impact generated by businesses that are community anchors throughout Philadelphia, including in many historically disadvantaged neighborhoods," read a City Council press release outlining the importance of Black Business Fridays.

The resolution notes that “In Greater Philadelphia, a 40 percent attrition rate among Black-owned businesses would equate to a loss of 1,135 firms, $993 million in regional revenue, 12,735 jobs, and $345 million in wages.”

Find a list of black-owned businesses who are members of the Chestnut Hill Business Association at chestnuthillpa.com/bipoc-businesses/.