For most of us, it's easy to take a flush toilet for granted. 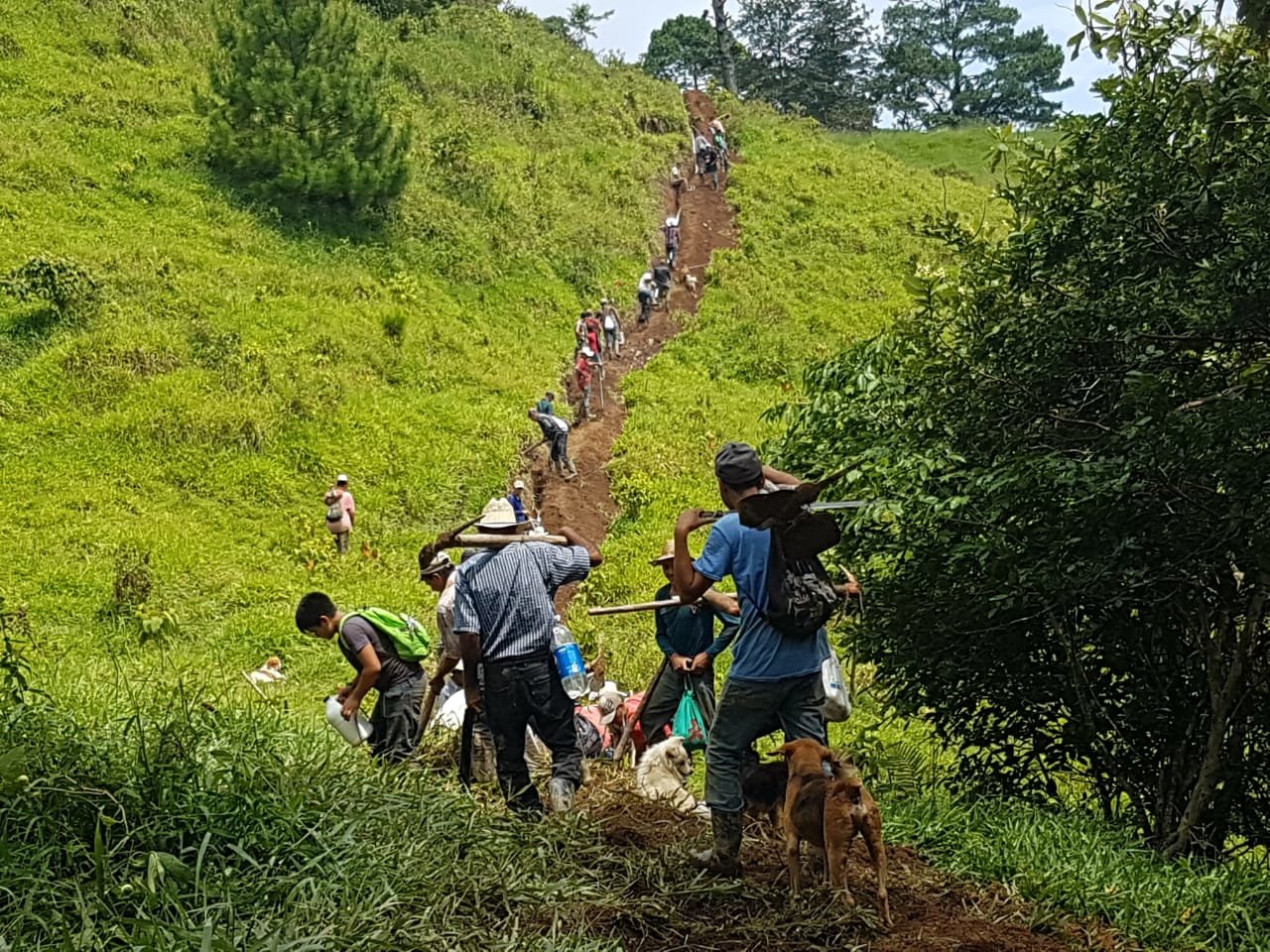 Honduran men putting in a trench line for piping to get the water from the source to the village.
Posted Wednesday, September 14, 2022 12:00 am
by Len Lear

I doubt if many of us in middle-class America give a second thought to things we take for granted, like having a toilet that flushes, a water spigot that turns on, a room that lights up when we turn on the switch or a refrigerator that keeps our food cold. It is usually only when we lose power due to a powerful storm that we realize how crucial these elements of modern life are.

But several members of St. Thomas Church in Whitemarsh think seriously about these necessities, which are luxuries for countless millions if not billions of people in the world. For more than two decades, the church has been periodically sending a group of seven to 14 people, mostly but not all church members, to help provide such things to villages in Honduras.

The church launched its first project in 2001, partnering with the Sisters of Mercy, a Catholic women religious community based in Silver Spring, Md., which had already been running ecological programs overseas. And the church has been bringing clean drinking water, indoor plumbing, and flush toilets to people in remote Honduran villages ever since.

Rob MacNamara, who says his title at St. Thomas is “Citizen of the World,” tells it this way:  “I wrote to the Sisters of Mercy,” he said. “They already had an orphanage for kids with AIDS in Honduras. I kept after them, and they said yes.

In 2004, the St. Thomas volunteers had enough experience to do it on their own, and started running their own projects.

“The people down there in Honduras are the most humble and appreciative people I have ever met,” he said “All work is done by hand. We work together with them, with picks and shovels and machetes, both men and women. And every penny we raise here goes to the project.”

St. Thomas’s visitors to Honduras pay for their own food and hotel lodging. “The people live in dirt floor shacks,” said James Weiss, the church's Barn director. “We don't stay with the villagers because they would give us their last chicken.”

The church raises money for their projects with their “Second Saturday Barn (rummage) Sales,” the proceeds of which pay for travel and building materials (pipes and cement) as well as school supplies for village children.

Healthcare kits, which include blood pressure monitors and stethoscopes, are supplied by Project C.U.R.E. a Colorado nonprofit that donates medical supplies and services to communities in need.

Now, after more than 20 years of traveling to the region, the second generation – sons and daughters of church members – also go. Sons of Kay Sheldon, Weiss and MacNamara have gone, as have MacNamara's two daughters.

“We travel from city to city,” Weiss said. “Our base camp is near Mayan ruins. We may have to go two hours on dirt roads in a truck to get to a village. We will work four hours a day, six hours on a good day. My son loves riding in the back of a pickup truck through a stream.”

“There may be 30 people in the back of a pickup truck,” added Kay Sheldon, chairperson of the church's landscape committee, who came up with the idea of a community garden for the villagers.

A few of the church visitors can speak Spanish, but they also have a translator, a teacher in Honduras, who helps bridge the language gap.

“We are constantly in touch with the villages online,” Weiss said. “And $50,000 down there goes very, very far.”

And through their collaboration with an organization called Agua Para El Pueblo, labor is free, Weiss said.

“They fill latrines and build sinks. They get water at the top of a mountain to a holding tank, put in chlorine, then down the mountain. Each person gets a sink. Water pressure is great because it comes down the mountain,” he said.

According to Weiss, the villagers – who make all their own decisions about what their needs are – usually hold a solemn, community-wide event to celebrate the completion of a project.

“When we go to see the finished project, a mayor, teacher and a police chief might speak,” he said, “and the oldest woman picks a clay pot, fills it with water and smashes it on the ground, symbolizing that they will never have to carry water again.”

The church's next trip to Honduras may be this November. The next fundraising Barn Sale at St. Thomas Church is Saturday, Sept. 24, 8 a.m. to noon. For more information, call 215-233-3970 or visit stthomaswhitemarsh.org. Len Lear can be reached at lenlear@chestnuthilllocal.com