Local’s newest board member has a head for numbers

Erica Paul, the newest member of the Chestnut Hill Local board of directors, joined the board as its treasurer three months ago.

Local’s newest board member has a head for numbers 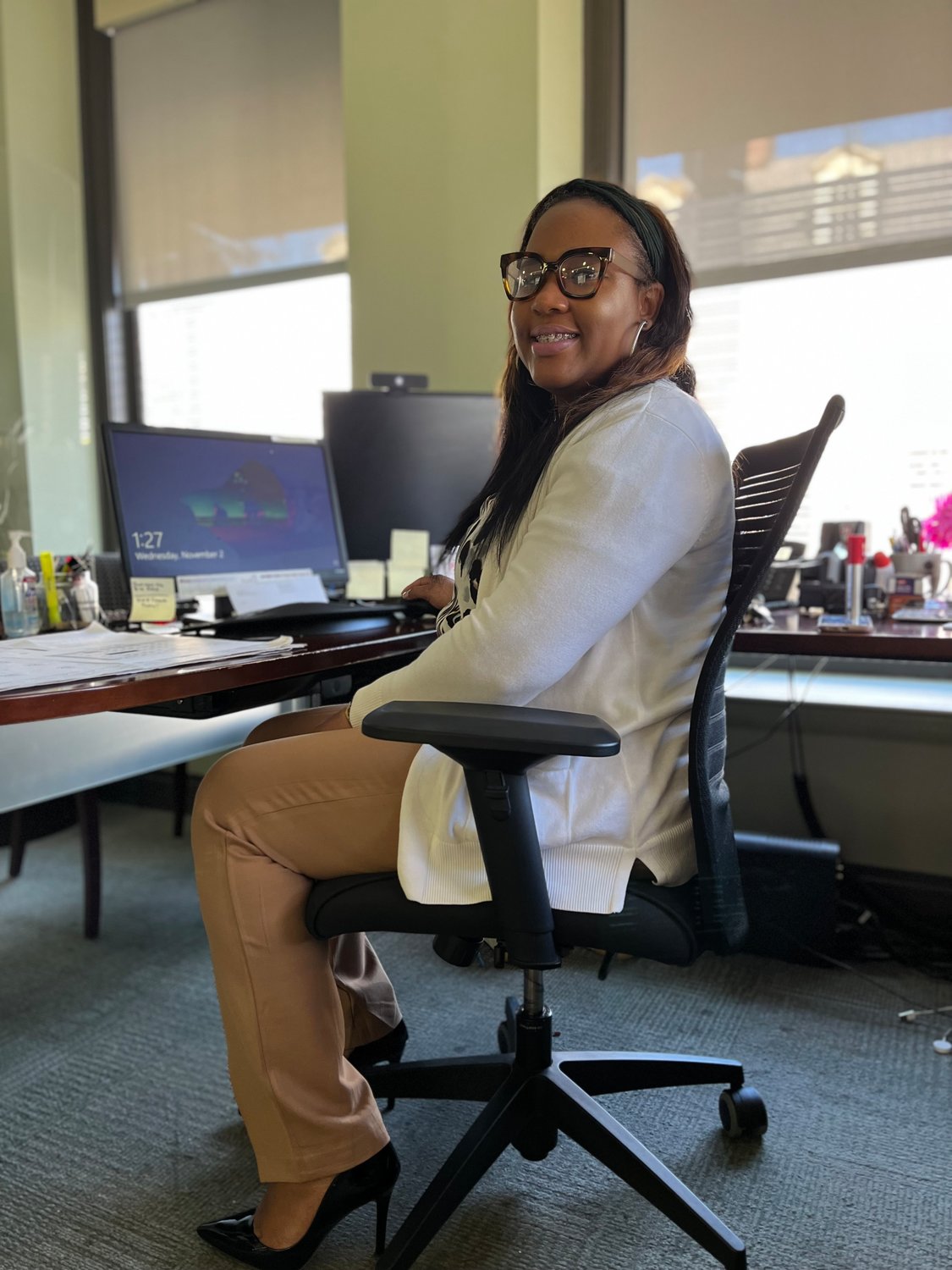 New Local board member Erica Paul at her desk at TruMark Financial Credit Union on the corner of Germantown and Highland Avenues, where she is an assistant vice-president branch manager.
Photo by Carla Robinson
Posted Thursday, November 10, 2022 12:00 am
by Len Lear

“The best-laid plans of mice and men often go awry.” Robert Burns, a legendary Scottish poet, wrote those words more than 200 years ago.

Erica Paul, the newest member of the Chestnut Hill Local board of directors, would concur.

Paul, an assistant vice-president branch manager at TruMark Financial Credit Union on the corner of Germantown and Highland Avenues, joined the board as its treasurer three months ago.

“I'm there to look at finances to see how we could do better with budgeting,” she said last week. “We meet once a month, and I look over the finances two hours a week. I have found that the people in Chestnut Hill really love the Local and that there is a wealth of knowledge on the board. I'm having a good time.”

Paul grew up in North Philadelphia and graduated from Central High School. Then, rather than paying a college tuition she couldn’t afford, so she went into the U.S. Army Reserve in 2001 at age 17.

While there, she joined the JAG (Judge Advocate General’s) Corps, the military justice unit that's in every branch of the military, as a paralegal specialist at Fort Jackson in South Carolina. “I worked on lots of wills and powers of attorney and on some top security trial defense cases,” she said. “It was a good experience overall.”

After leaving the military, Paul became a criminal justice major at Temple University. But while her best laid plans involved becoming a lawyer, Paul realized she would have to find another career after experience with both plaintiffs and defendants in actual court cases.

“My problem was that I felt way too much for both sides,” she said. “I'd cry even for the guilty people when I learned about their backgrounds. They're still people. It was very sad, and it always touched me.”

But sometimes the guilty ones weighed on her conscience.

“I've had to sit with defense attorneys who knew their clients were guilty,” she said. “I could not have that on my conscience. I don't know how they sleep at night.”

So Paul made a complete U-turn and took a Center City job in sales with Express, a company with women's clothing stores. She was with Express for 10 years, and eventually became their sales leader.

Then she joined the staff at  Citizens Bank, where she worked in customer service for three years, followed by seven years with the community-based Third Federal Bank as an assistant manager and then branch manager.

“I found my love for banking with the community bank,” Paul said. “I can actually help the people I serve. A commercial bank has to please shareholders, the bottom line. We don't have shareholders, so I can help more people get things they need, like a home equity line of credit and credit cards.”

She also likes the fact that community banks make it their mission to teach financial literacy to teenagers.

“We also go into high schools and teach, and they need it,” she said. “I will draw a check on the blackboard, and kids will sign their name on the wrong line on the check. And they don't understand investing.”

What she really loves, she said, is the feeling of having helped someone achieve financial freedom.

“People walk right in asking for help, and it is very rewarding,” she said. “For instance, many homeowners have a great deal of equity in their home and don't even know it.”

Carole Carmichael, another member of the Chestnut Hill Local board who has decades of experience editing major American newspapers, said she thinks Paul brings valuable experience to the Local.

“Upon meeting Erica, I was moved by the extensive experience she has managed to master thus far in her career, and I was also struck by her professionalism and warm courtesy,” Carmichael said. “After repeated visits, I saw that she treated her other customers and her staff with this equal measure of reassurance.”

Paul has lived in Glenside for five years. Her husband, Matthew, works for a publishing company that produces software for medical professionals. Her son Samuel, 15, is a student at Cheltenham High School; another son, Matthew, 6, is a student at Glenside Elementary School and stepdaughter Maya, 20, is a student at Morgan State University in Baltimore, Md.