John Patrick Shanley wrote “Rogues' Gallery” last year in response to the lockdown of the performing arts world during the pandemic, and is donating the proceeds of all performance royalties to the Actors' Fund. It's at Stagecrafters through October 10. In person, not virtual. 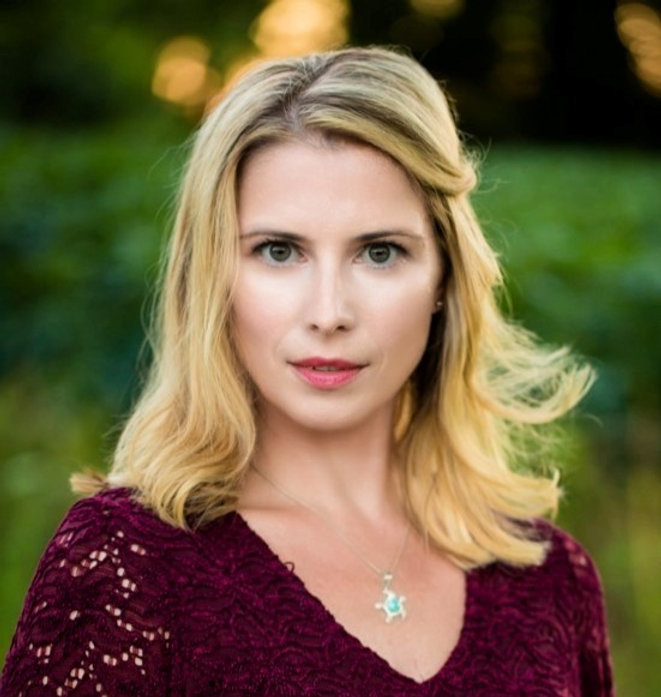 Shelli Pentimall Bookler, of North Wales, is one of the stars in “Rogues' Gallery,” now running at The Stagecrafters Theater in Chestnut Hill until Oct. 10.
Posted Friday, October 8, 2021 8:00 am
by Rita Charleston

After a lengthy hiatus due to Covid-19, The Stagecrafters Theater has returned for a new season, presenting “Rogues' Gallery” by Pulitzer Prize and Tony Award-winning playwright John Patrick Shanley. It was performed as part of the Fringe Festival Sept. 30 and Oct. 1 and 2, and live performances continue for the final weekend, Oct. 7, 8, 9 and 10.

Directed by Mariangela Saavedra, the theatrical piece offers offbeat and suspenseful monologues delivered by a group of individuals who tell us, each in his or her own words, about their loves, disappointments, transgressions and often disturbing circumstances that life seems to be tossing their way.

Some of the monologues include an aggrieved husband seeking revenge on the man who seduced his wife, a homeowner taken off guard by something discovered in his new house, a patient searching for a new acupuncturist when their current one starts to believe he has magical powers, and others. Another features a woman who is quarantined by the pandemic but manages to slip away from her boyfriend in order to call her lover.

Playing the role of the quarantined woman is Shelli Pentimall Bookler, of North Wales, who is making her Stagecrafters debut in this production. And according to the actress, Shanley wrote “Rogues' Gallery” last year in response to the lockdown of the performing arts world during the pandemic, and is donating the proceeds of all performance royalties to the Actors' Fund.

“In the play no names are used, and all the monologues are about individual people,” said Bookler. “In my case the woman feels isolated, trapped. And I manage to get into character by looking back on that time in my own life, and feeling helpless and out of control. But that's where the similarities end. I think the pandemic helped my husband and me begin to rely more on each other, and I think he's the only person in the world I could rejoice in being with 24/7.”

Bookler, who when asked about her age said, “No comment,” holds an M.F.A. in Playwriting from Temple University, an M.A. in Theater Arts from Eastern Michigan University and studied at The Actors' Studio at New School University in New York. She said her interest in the theatrical world started when she was in first grade.

“I originally wanted to be a dancer,” she recalled, “but  when I was quite young, my teacher gave me a role in 'Sleeping Beauty,' and I continued to be in plays throughout high school. I eventually came to see that's where I wanted my future to be.”

And so it was. Over the years Bookler has performed with theaters all around Philadelphia and is a member of Without A Cue productions, a murder mystery dinner/theater company. In addition to acting, she is a director, choreographer and playwright. She is also a dramaturg for Philadelphia Dramatist Center and a member of the Dramatist Guild, as well as co-founder and artistic director of Underbite Theatre Company.

Several of her original plays have been produced in the Philadelphia area, including “Addicted,” “Bird in the Window,” “All the Dead Baddies” and “Snyder vs. Phelps, the Musical.” Most of her plays are based on giving voice to the voiceless and current social issues. She is also an Associate Professor of communication and performance at Bucks County Community College

“This piece, 'Rogues' Gallery,' came along at exactly the right time,” Bookler said. “It's cathartic, and I think so many people will be able to relate to it. And the payoff for all us actors is we're finally able to perform live for audiences after losing out for more than a year.”