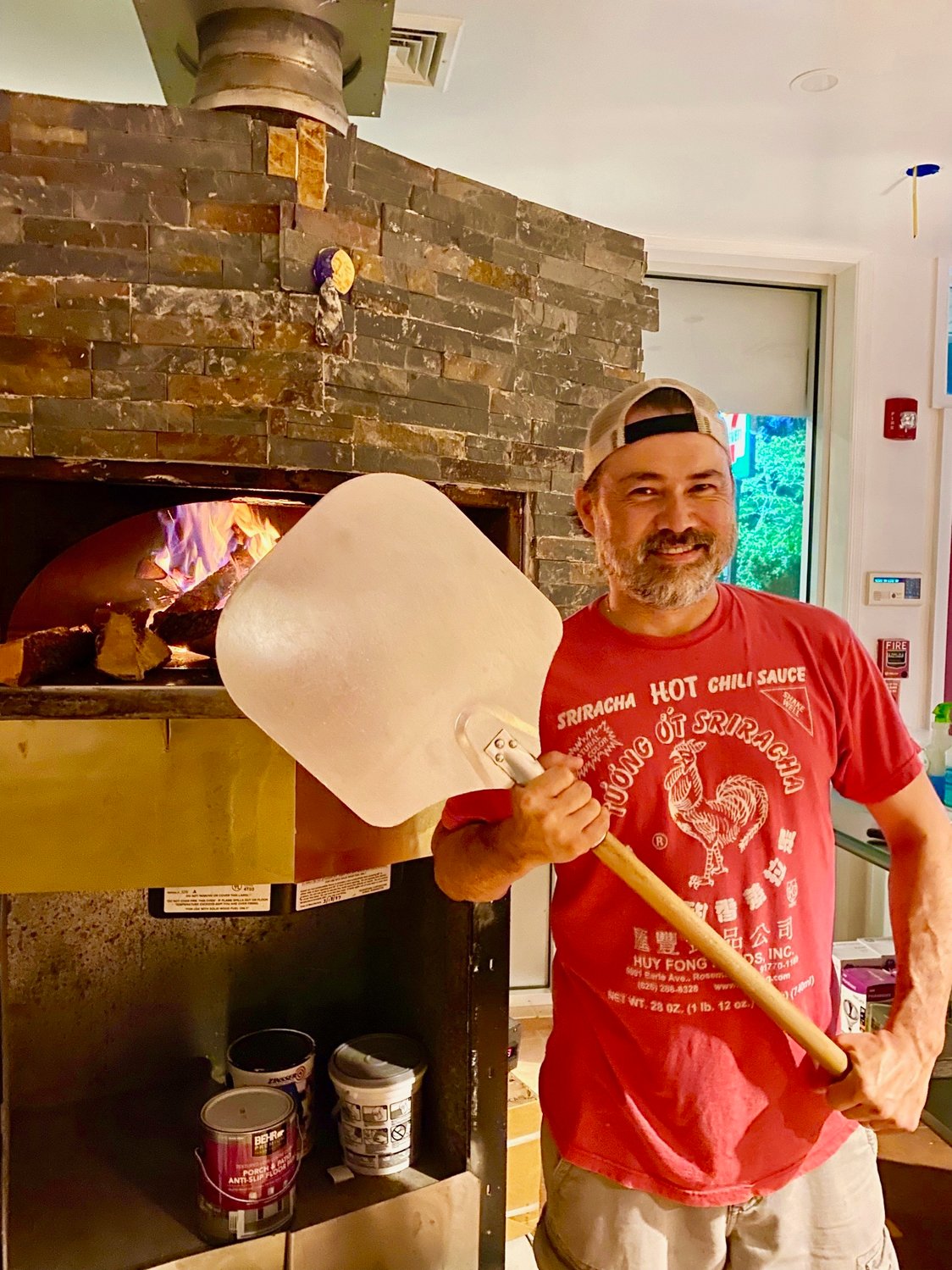 If you live in the Chestnut Hill area, the odds are you have savored John McLaughlin's cooking. Over many years we have actually had the pleasure of eating in seven area restaurants where John was behind the stoves. McLaughlin, who grew up in Mt. Airy, has been a chef in Northwest Philadelphia restaurants for 27 years.

But like most chefs who work for someone else, John has long aspired to be his own boss. And now he is. After lots of hiccups, McLaughlin opened Terra Nova Wood-fired Pizza and Grill on Sept. 10 at 1010 East Willow Grove Ave. in Wyndmoor, in the spot where Bhagya’s Kitchen used to be, right around the corner from his home. He is offering takeout and delivery and online ordering only, thanks to Toast, a user-friendly Point-of-Sale platform.

The menu features crisp, artisanal pizzas with all fresh ingredients – nothing canned or frozen – as well as an eclectic mix of salads and other fare drawing on influences from John's long culinary career.

“We will honor Old World tradition but also offer fresh, modern technique as well as gluten-free and vegan options,” said John right before the opening. “I actually learned in Europe that less is more. We were getting carried away at the time with fusion cooking, and I learned restraint, to get back to the basics.” (We sampled the Farmer John and Sabina pizzas on opening night, and both were awesome. The Sabina, with melted goat cheese and mushrooms, is about as good a pizza as we have ever had.)

McLaughlin got hooked on cooking while working at Boston Chicken in Flourtown. He subsequently worked as a line cook for The Farmhouse, Rosebuds, J.B. Winberie and Pollo Rosso. In 1996 he became one of two head chefs at the legendary Goat Hollow in West Mt. Airy. (The other one was Shazad Kahn, who went on to become executive chef at Striped Bass, one of the best upscale restaurants in the Delaware Valley at the time.)

The new Terra Nova location is actually the fourth local property that John explored seriously in the last four years. He looked at one in Erdenheim and another in Flourtown, and then spent a full year enduring a mountain of red tape on a property in Wyndmoor before the owner pulled the plug.

“It had been sitting in a guy's garage in Rochester, NY. He drove it down here with a truck and trailer for an extra $600,” McLaughlin said. But it was more than worth it, because it allows him to “cook the pizzas at 700 degrees, and pop out 100 pizzas in an hour.”

Part of the Terra Nova (“new earth”) story is the friendship of the McLaughlin and Collins families that goes back four generations. Liam Collins, a recent digital design graduate from Penn State, painted a colorful, whimsical mural on the side of the Terra Nova building.

Liam’s uncles, John and Chris, were consultants on the mural. Chris Collins, a sculptor, has a studio on the grounds of his Glenside home, and John Collins is an architect. One of Chris Collins’s current projects is an international peace monument for the National Mall in Washington. And Uncle Andy (who?) is a craftsman who produced a beautiful wood counter now in the restaurant.

John met his wife-to-be, Maria, while working at Rembrandt's, where she was a bartender. She is now a teacher at the McCloskey School in East Mt. Airy. They have three daughters and one son.

To see the menu or place an order: terranovawyndmoor.com. Len Lear can be reached at lenlear@chestnuthilllocal.com

Wins lottery: from Albania to Mt. Airy for BYOB chef