Emilie Clothier Harting, 78, and her family lived in Mt. Airy for 48 years. Recently, Emilie and her husband of 55 years, Rob, moved to Foulkeways, a Quaker senior independent living community in … 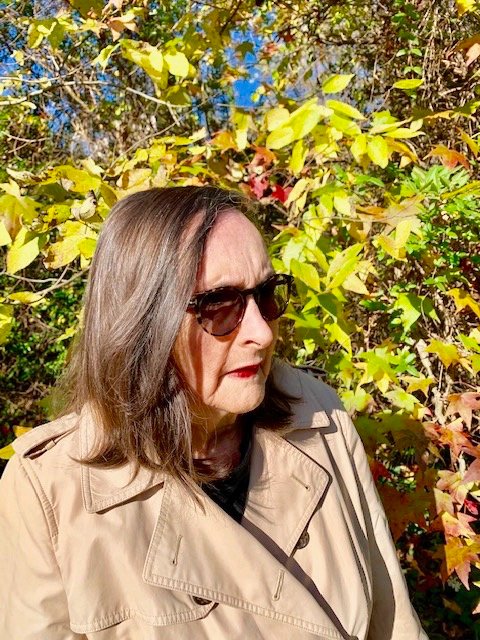 Emilie Clothier Harting, who lived with her family in Mt. Airy for 48 years and taught English and Creative Writing at Community College of Philadelphia (CCP) for 41 years, has authored the second edition of “From Pastoral to Urban … ”
Posted Thursday, November 12, 2020 10:56 am
by Len Lear

Emilie Clothier Harting, 78, and her family lived in Mt. Airy for 48 years. Recently, Emilie and her husband of 55 years, Rob, moved to Foulkeways, a Quaker senior independent living community in Gwynedd. Their children, Morgan and Thea, live in Manhattan and Brooklyn, respectively.

But when Emilie was a young child, her family lived in a 17th-century Dutch cottage in the countryside of Staten Island that had once been a workmen’s dormitory. Though she moved away at age 7 to central New York, Emilie returned often for vacations and roamed daily around the buildings of the farm, which stood intact as they had in the heyday of the 1920s.

“In the 1950s,” she recalled, “the place was like a museum of what had been: barns of carriages from the 19th century brought over from New Jersey, horse barns, a packing house, a large garage filled with a multitude of equipment for outfitting horses, an icehouse and the white-pillared plantation house of my great-grandparents’ old farm, foreclosed in the 1930s and shuttered.

“That structure was always in view at the edge of the property, standing as a reminder of the once-huge agricultural enterprise. Though I was never able to get inside, I found it intriguing and yearned to know what everyday life was like there in the early part of the century, when my great-grandmother cooked three meals a day for many workers and family members. Others found it creepy and perhaps a grim reminder of great loss.”

Emilie, her brother and cousins romped around in a virtual nature park with horses, bunnies jumping in and out of stone walls, flower gardens and fields of mint and tarragon. At times, she and her brother would go “to market” with their grandfather, traveling on the Staten Island ferry up the Lower West Side. Along the way, her grandfather told stories about how New York City had been developed.

Her grandfather lived to age 92 and never stopped telling stories. When he died, Emilie interviewed an uncle and aunt, both of whom had an excellent recall for details. She began to check family legends out with research, exploring Staten Island history books. A photographic memory of the property with all its nooks and crannies was imprinted on her mind. One day Emilie would have to tell the story.

And now she has. Her book, a second edition, is “From Pastoral to Urban: The Meyer Farms of New Springville, Staten Island, New York: 1903-Late 1950s: New York City's Rural Borough Turns Urban.” Emilie's great-grandfather, a German immigrant, bought up city lots, farmed them and then sold them as the city developed residentially. The story is a microcosm of what was happening in the rest of the country in the first half of the 20th century.

Harting is by no means a neophyte writer. A freelancer, she has written on travel for such publications as The Boston Globe, Dallas Morning News, Ladies’ Home Journal, Los Angeles Times, Miami Herald, Philadelphia Inquirer and  Washington Post, among others. She is also a blogger for Huffington Post. In addition, she was a full-time faculty member at Community College of Philadelphia (CCP) for 41 years, teaching English and Creative Writing. “CCP is one of Philadelphia's best-kept secrets,” she told us last week. “It is a treasure … Aside from my family, it was the love of my life.

“The average student age was 30, so older students were a good influence on those coming out of high school. I especially enjoyed the night classes — a mixture of city workers, firemen, policemen, office managers, nurses, secretaries, salespersons and even a mayor’s children. Each class was like a special diverse club. The thrill was that I felt like I was walking on a tightrope, pulling them all together.”

In the 1960s, Harting graduated from Keuka College in New York State's Finger Lakes wine country with a B.A. in English. She received an M.A. in English from Seton Hall University and did further graduate work at the University of Pennsylvania and Lehigh University. In the 1970s she wrote two books — a guide to literary sites in Britain and a literary guide to New England, both published by William Morrow. She taught for two years at Rider College before moving to Philadelphia and landing a job at CCP, from which she retired in 2011.

For more information, visit emiliecharting.com or email her at echarting@gmail.com. Len Lear can be reached at lenlear@chestnuthilllocal.com