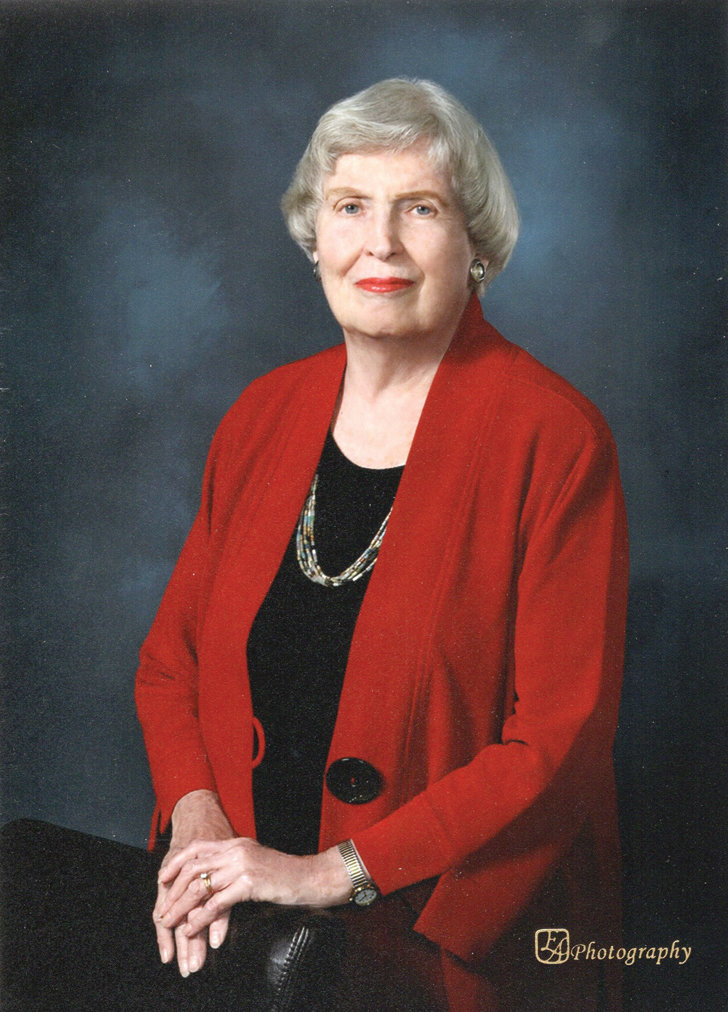 Marion Lucille Steinmann, an author of books on science and medicine, was a resident of Chestnut Hill for more than 35 years. She died at age 92 on April 6 at Cathedral Village in Upper Roxborough.
Posted Wednesday, April 20, 2022 12:00 am
by Len Lear

Marion Lucille Steinmann was a pioneer in the field of journalism long before the word “feminism” was in vogue.

An author of numerous books, Steinmann was a resident of Highland Avenue in Chestnut Hill for more than 35 years and was active in the Philadelphia Cricket Club, Science and Art Club of Germantown, and the Chestnut Hill Community Association. She died at age 92 on April 6 at Cathedral Village in Upper Roxborough.

Steinmann grew up in Rochester, NY, the daughter of Lucille Coller Steinmann and Edwin Oliver Steinmann. She excelled academically at West High School and was editor of the school newspaper, The Occident News. She attended Cornell University in one of the first groups of National Scholars, a program that provided funding for tuition and room and board, and she was on the staff of The Cornell Daily Sun.

After graduation with a bachelor’s degree from Cornell University in 1950, Steinmann worked as a science reporter at Life magazine, arguably the country's most popular publication at the time. In 1963, she was promoted to writer and assistant editor and later to associate editor, writing about science and medicine. She authored a book, “Island Life,” published by Time-Life Films. and continued at Life magazine until it closed in 1972.

“At Time-Life then, editors were primarily men, while women were researchers or assistants,” Marion's sister, Ellie, 86, told The Local last week. “In those days, we just accepted that division of labor. That Marion was an editor was an achievement.

“I don't believe she ever complained about sexist attitudes,” Ellie continued. “I did work briefly myself at Time-Life, filling in for people who were away. I worked on Sports Illustrated, Life International and Architectural Forum, so I know what working there was like.”

In 1971, Steinmann received the American Medical Association Medical Journalism Award "for a distinguished contribution to a better understanding of medicine and health."

One of her books was “The Parents' Guide to Allergies and Asthma (Children's Hospital of Philadelphia series).”

But the book that meant the most to her, according to Ellie, “was 'Women at Work,' because it was her own concept, and she devised the questionnaire for the survey, which got a 60% return.

“The results of the survey amply demolish the myth that during the decade of the 1950s women had no choice but to be housewives and that women of our generation did not work’,” Marion wrote.

In 1979, Marion married Charles A. Joiner, PhD, chairman of the Political Science Department at Temple University, and moved to Chestnut Hill.

The couple enjoyed dining out, the theater and entertaining. Dr. Joiner died on March 7, 2015. Marion suffered a stroke in 2015 and moved from Chestnut Hill to Cathedral Village.

According to Ellie, “I thought it might be useful to include how Marion's life was since her stroke in 2015, because many times stroke patients are totally incapacitated. Marion was not.”

Ellie's daughter, Katie, who was a caregiver for Marion, said, “Marion had aphasia and great difficulty talking, but she said, 'I can't talk, but I can communicate.' (Aphasia is a language disorder caused by damage in an area of the brain that controls language expression.) She was mentally alert and read the New York Times and Philadelphia Inquirer every day and watched the news. She also read books and magazine articles in the New Yorker, Smithsonian and National Geographic.”

“She had mobility problems and was in a wheelchair,” Ellie continued. “She had physical and speech therapy throughout her stay (at Cathedral Village), but she was able to perform activities of daily living and make her own health decisions. The pandemic was hard because the nursing facility was closed to visitors much of the time, but she did not complain.”