The Mosquito Noise Machine by Rose Klales The Water Tower Recreation Center often plays host to bored teens looking to occupy an evening. It would seem, however, that those teens are highly … 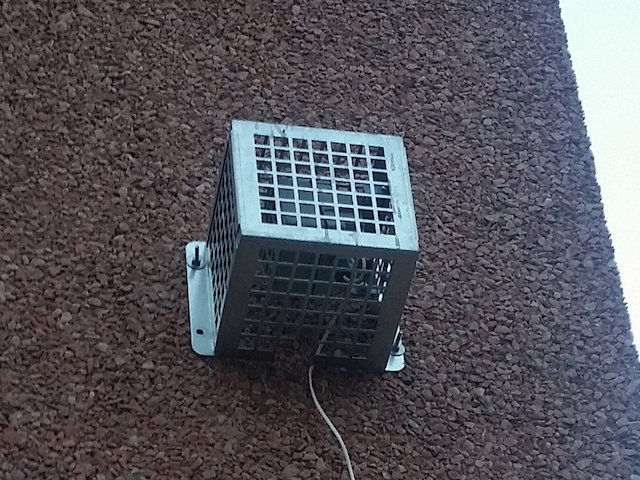 The Water Tower Recreation Center often plays host to bored teens looking to occupy an evening. It would seem, however, that those teens are highly unwelcome.

In response to loitering teens, the city has installed devices called Mosquito Noise Machines in 30 of its parks, including the Water Tower.

Mosquito Noise Machines are a type of security device. Moving Sound Technologies, the company that produces these machines, describes the product as an “anti-loitering device.” They are meant to prevent vandalism and other criminal activities.

Mosquito Machines emit a 17KHz frequency that specifically targets individuals between the ages of 13 and 25. To them, it sounds like a high pitched whine (like a mosquito). According to the Mosquito Machine’s manufacturers, the devices should not affect anyone older or younger than the intended age range because they do not have the proper number of ear hairs to pick up the frequency.

So far, the machines, which are only used at night, have served their purpose. ABC News reported that Philadelphia teenagers have experienced the effects of Mosquito noise machines. Many described hearing the aforementioned whining noise, and some say that it induces pain. Facilities with Mosquito Noise Machines installed noted that there has been less vandalism since the machines were installed.

Maita Soukup, a spokesperson for the city’s Parks and Recreation Department, said the machines are only operational between 10 p.m. and 6 a.m.. The Mosquito Machine does not cause permanent damage, its makers say, but it can be painful to those who hear it. The Parks and Recreation Department, Soukup said, is very mindful of how it uses the Mosquitos.

Although Parks and Recreation uses these machines, they are unpopular on both a local and global scale. Some countries have completely banned their use, and the UN’s Committee on the Rights of the Child determined that they were a violation of children’s rights.

Residents in the area expressed their concerns on Nextdoor, a social media site that functions as a chat room for neighbors to express concerns about local affairs.

Responding to a post by the Local looking for comment on the machines, one resident, Travis Gold, said he heard the noise.

“My wife and I walk our dog around the loop of Hartwell/Winston around the tennis courts almost every evening,” he wrote. “Approx. 6 months ago, we barely heard the annoying whine described and wondered where it was coming from. We haven't heard it for a while. Not sure if it's stopped playing or if we simply crossed the age threshold to no longer hear it.”

Calls to the Water Tower for comment and confirmation of running hours were not returned. Many other residents responding to the Local’s Nextdoor post commented that they did not hear the noise.

Rose Klales is a summer intern at the Local.