A recent audit of the Post Office’s reliability for mail-in ballots in the November 2020 election found that ballots were given a high priority by postal workers. PA mailed 63,862 to voters on April 19, with applications still arriving. 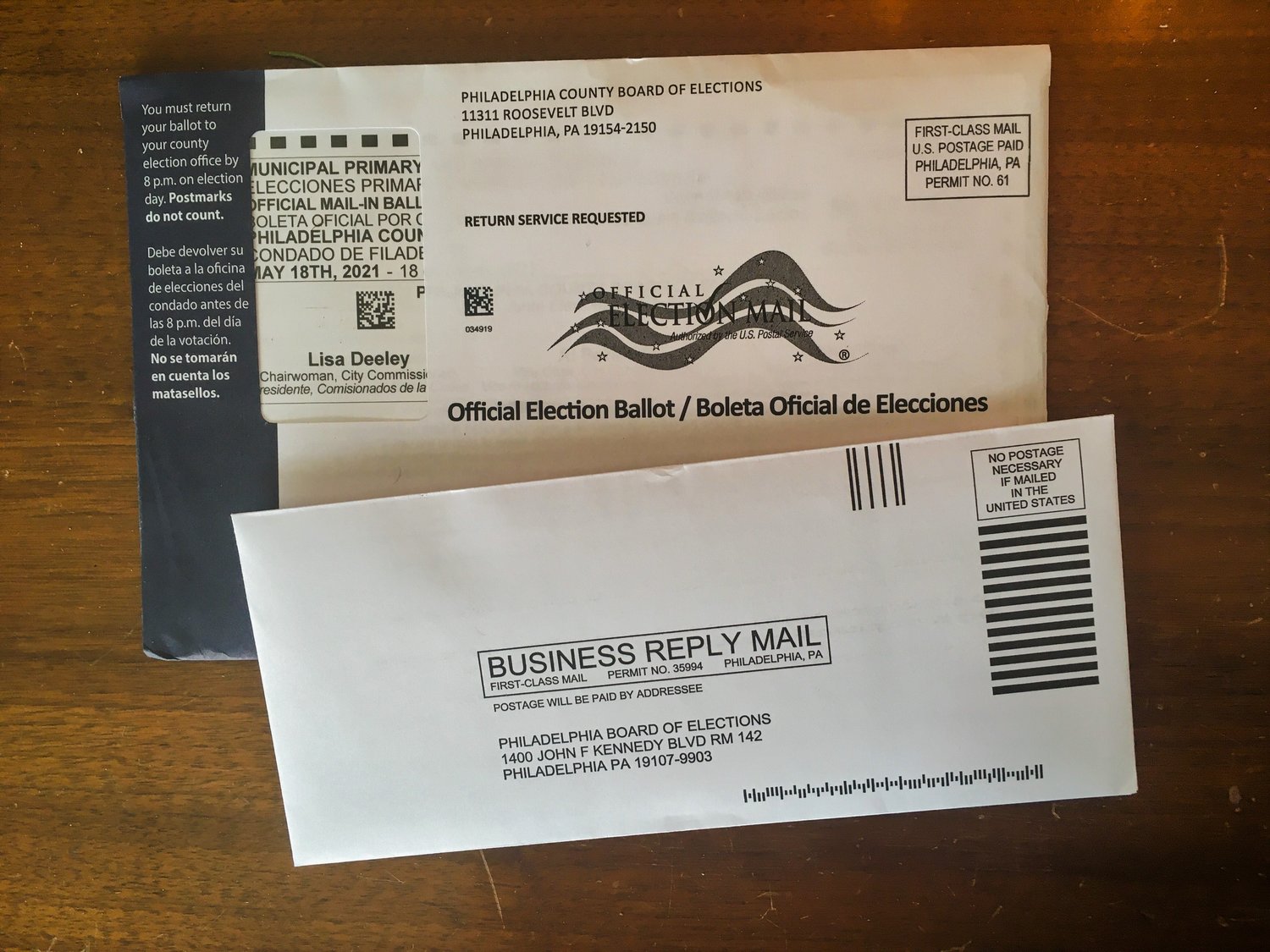 A recent audit of the Post Office’s reliability for mail-in ballots in the November 2020 election found that ballots were given a high priority by postal workers. The audit by the USPS Inspector General, released March 5, 2021, found “Although timeliness was slightly below goals, proper handling and timely delivery of all Election Mail, especially ballots, was the number one priority of the Postal Service. The Postal Service also leveraged high-cost efforts such as extra transportation and overtime to improve delivery performance.”

Off-year primaries in Pennsylvania usually have lower turnout. On the ballot are judges, the district attorney, city controller and other local officials, and traditionally these races are lower-profile. In the November presidential election, more than 749,000 ballots were cast in Philadelphia, both in-person and mail. In the last off-year primary, May 22, 2019, there were 237, 814.

The state of Pennsylvania mailed 63,862 on April 19, with applications still arriving. The deadline to apply for a mail-in ballot or absentee is May 11, at votespa.com/MailBallot. Ballots must be received – not just postmarked – by May 18, 8 p.m. A confusing wrinkle is that the application used in 2020 gave the option for voters to stay on mail-in ballots permanently, but, at least for now, anyone who voted by mail last year has to re-submit an application for the May primary. This extra step is part of the reason the number is lower this time. Another reason is the rising vaccination rate, making it safer to vote in person.

Similar to last November, Philadelphia provides some options for using a mail-in ballot without using the Post Office. The Philadelphia County Board of Elections office in City Hall 140 is open for in-person mail-ballot voting from 9am to 5pm Monday through Friday. Voters may request a mail-in ballot in-person, receive it, vote, and return it all at the same visit.

Dropboxes are again available 24 hours a day, and are monitored by security. The closest dropbox is in Mt. Airy at Pleasant Playground, 305 Slocum Street, 19119. Any of the boxes located throughout the city may be used by Philadelphia voters, regardless of registration address.

The Office of City Commissioners further specifies that only the voter can drop off a ballot unless the voter is “physically unable to personally submit their Absentee or Mail-in Ballot and has designated an agent to deliver their ballot” and a Designation and Certification of Agent Form is included with the ballot. Otherwise, it is not permitted to collect the ballot for a neighbor or family member, since that might be an opportunity for misuse.

While the Post Office gave itself high marks for voting support, there have been issues in other areas, with budget cuts and accusations of mismanagement at the top. USPS Informed Delivery has proven to be a reliable tracking system, except for the final step: Package Delivered. According to a March 2020 report by the USPS Inspector General, “38 percent of the more than 1,100 packages that were selected at these units and that were in the facility before the carriers arrived for the day had been improperly scanned. For example, 191 packages had been scanned as delivered but were still at the unit, and 113 packages that were not delivered had no scan indicating why they weren’t.” A similar audit in 2017 estimated the rate at 7%.

The combination of pandemic mail-order shopping, increased mail-in ballots, and Christmas deliveries made an overburdened system slower. A Washington Post report in October 2020 suggested postal workers are encouraged to game the system to boost delivery statistics. An unnamed source at the post office indicated another reason is a shortage of handheld Mobile Delivery Devices (MDD); packages are scanned at the facility, not at the moment of delivery, because there aren’t enough MDDs to provide each carrier on their routes.