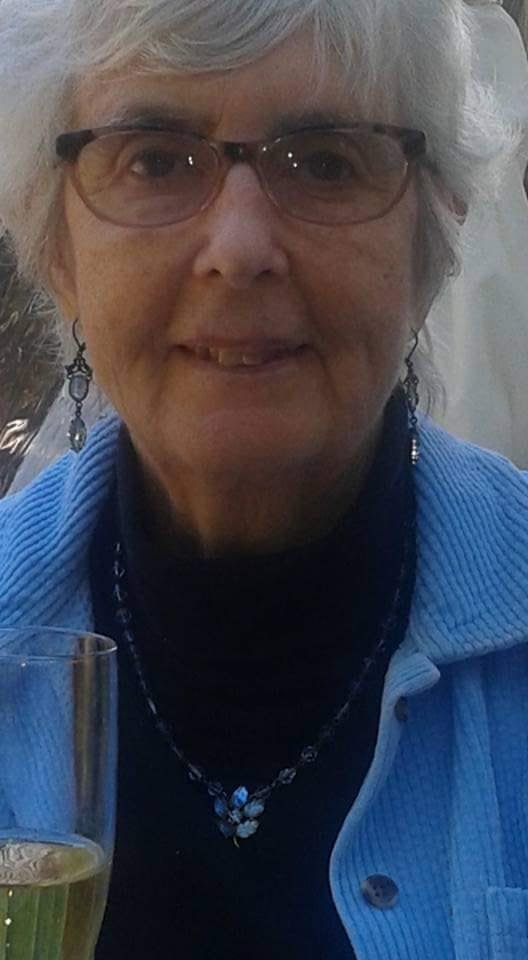 Margaret E. Van Ummersen, cherished wife, mother, grandmother, teacher, and friend, passed away on Saturday, October 31, 2020 at the age of 83.

Margaret was born in Motherwell, Scotland on August 3, 1937 to Edward and Betsy Gilchrist (Williamson). Margaret treasured her relationships with her cousins, who made sure she never felt like an only child. She dreamed of being a teacher when she was five years old. She attended the University of Glasgow to study languages and realized her lifelong goal of becoming an educator. Margaret then married Kenneth McFarlane, with whom she immigrated to the United States and had two children, Alastair (Sonja) and Linda (Kim). Margaret later completed a Master’s Degree in the Psychology of Reading at Temple University, after which she began a long career at Abington Friends School in Jenkintown, Pennsylvania, where she taught Latin, reading, Italian, and French and chaperoned middle school students on trips to Rome. Her colleagues and students were precious to her. Margaret was a consummate teacher and continued to promote appreciation of art, literature, and history into her retirement.

At the age of 50, Margaret met Luther Van Ummersen and they were married and spent the next 32 years loving each other, traveling, dancing, and going to the theater. Through marrying Luther, Margaret gained three children: Betsy (Craig), Stephen, and Margo. Margaret is also leaving behind five grandchildren – Emily, Jordan, Robert, Daniel, and Hazel – who brought her joy and of whom she was very proud. She was a dedicated mother and grandmother, unconditionally loving and protective. Margaret was an avid basketball fan (particularly of the AFS team under Coach Chadwin), bridge player, camper, naturalist, and hiker and a long-time Girl Scout and Cub Scout leader, touching so many lives. She was unfailingly kind and compassionate, optimistic, reverent, and loving. As she said to her family in the last days of her life, “Be happy that I had such a long and full life. I am the luckiest woman in the world to have such wonderful family and friends, to have had a career I loved, and to have met the love of my life at 50 and gone on to have so many beautiful years. We should celebrate.”

Donations can be made in her honor to Just Detention International (JDI) at (www.justdetention.org/donate) or to 3325 Wilshire Boulevard, Suite 340, Los Angeles, CA 90010. Margaret abhorred abuse and cruelty in any form and was a staunch supporter of JDI’s mission, and of her daughter’s and dear friend, Kristin Hall’s, work there.

Per Margaret’s wishes, we will celebrate her life and a memorial service will be held virtually on November 21, 2020.