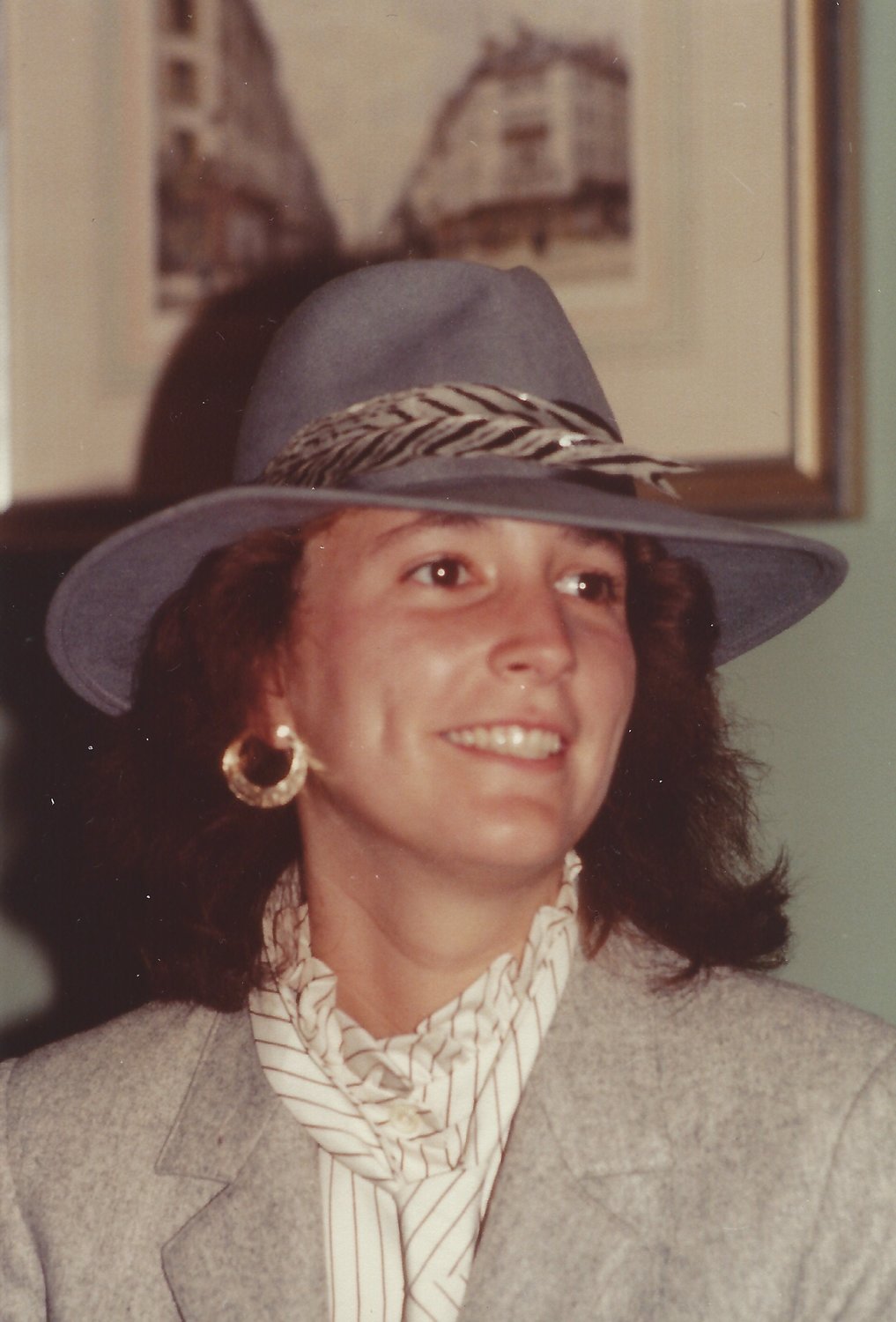 Meredith S. Marando-Blanck, a resident of Audubon, PA, passed away on October 17, 2020 at the age of 62. Born on May 9, 1958 in Abington, PA, she was a daughter of the late Robert F. and Barbara Jefford (Steel) Blanck of Schwenksville, PA, formerly of the Chestnut Hill section of Philadelphia and Ocean City, NJ.

Raised in Chestnut Hill, PA, she graduated from Springside Chestnut Hill Academy. She enjoyed summers growing up in Ocean City, NJ, where she worked at Shriver’s Salt Water Taffy and Fudge as well as Kessel’s Korner and she raced a Sunfish at Ocean City Yacht Club. She was passionate about studying Latin and Classics at Duke University and loved her time studying abroad at the Intercollegiate Center for Classical Studies in Rome for half a year (where her daughter Stephanie was also able to attend later). She graduated Magna Cum Laude with a BA in Latin from Duke on May 11, 1980, elected to membership in the Duke University chapter of Phi Beta Kappa, national honorary society, in April 1979.

She began a career as a paralegal at Stark & Stark Law Firm in New Jersey after giving birth to her son Robert. After meeting and falling in love with Stephen in Ocean City, NJ, they decided to open a restaurant at 17 th and Asbury Avenue named Meristeve’s, where they sold ice cream, subs, steaks, and sandwiches to numerous regulars and participated in Ocean City block parties. All of the family would chip in at times to hold the store afloat during busy summers, including their daughter Amanda, who grew up alongside her parents in the store, often greeting customers and stealing fries from tables as she reached toddler age. Once her youngest daughter, Stephanie, was born, Meredith and Stephen moved back to Pennsylvania to Conshohocken to raise their family and sold Meristeve’s. Meredith worked as a homemaker since then, devoting herself to her family and taking care to ensure her children had the best education they could receive.

In her spare time, Meredith enjoyed reading mystery novels and ghost stories/local legends of various areas. Her favorite places to read were on the beach or outside her home in Ocean City. She also enjoyed searching for seashells and seaglass on the beach and teaching her daughters how to find the smoothest glass, or even at times getting her metal detector out and seeing what she might find hidden in the sand. She was an avid Duke sports fan, never missing a basketball game and watching most football and lacrosse games, too. She loved spending plenty of time with her family, whether it be playing board games, card games, and video games with them, telling family stories, or going on family outings. Family traditions and family history were extremely important to her, leading her to investigate and trace back her family ancestry later in life.

Caring for her mother Barbara who suffered for many years from Alzheimer’s was very difficult on Meredith and she would wish for donations in her memory to be made to the Alzheimer’s Association (https://act.alz.org/donate).