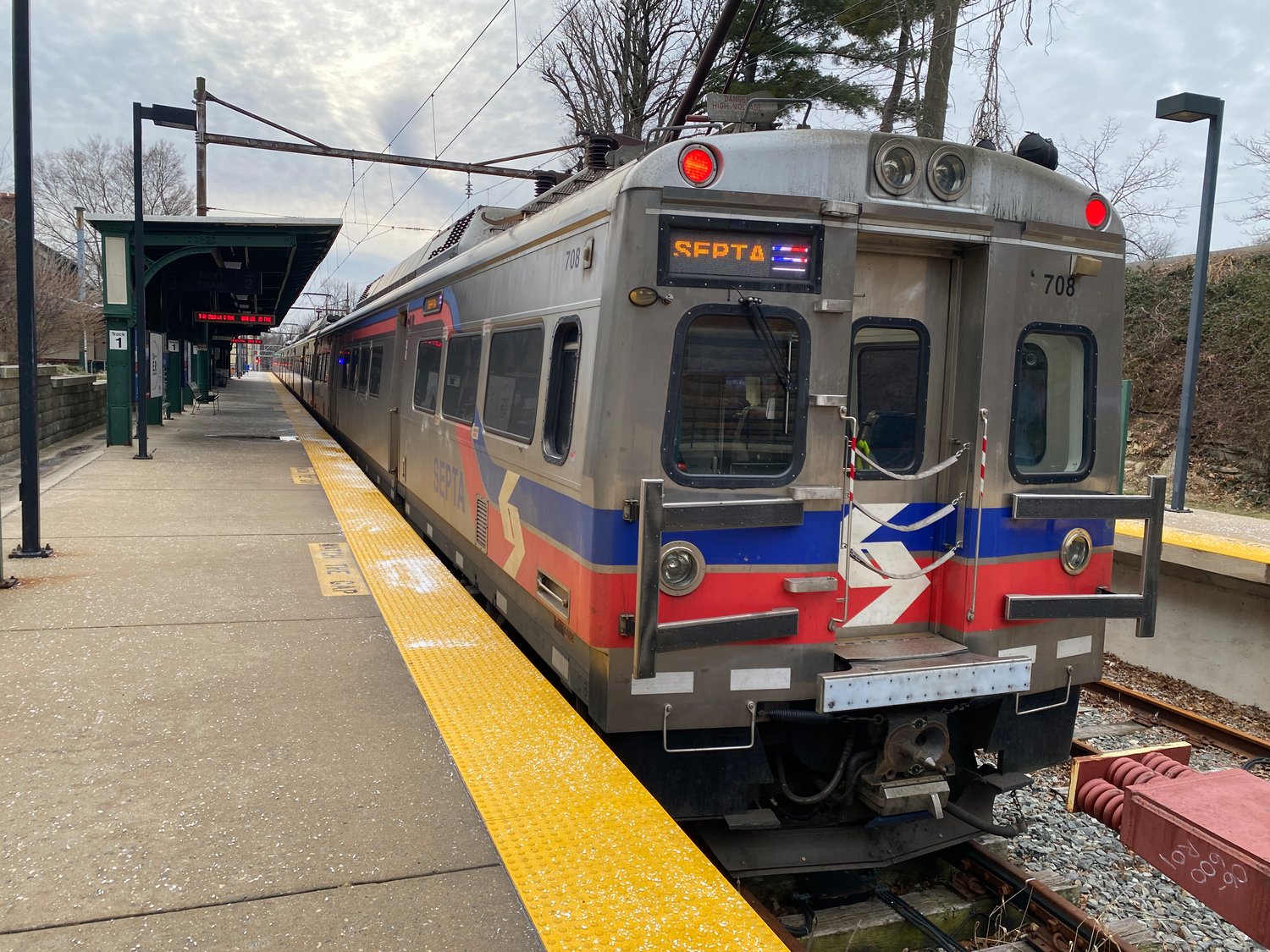 As of Dec. 19, The Chestnut Hill West Line has increased its frequency of service closer to what it was pre-pandemic. (Photo by Tom Beck)
Posted Thursday, January 27, 2022 6:00 am
by Tom Beck

If you’re like Chestnut Hill resident Janet Potter, a semi-regular rider of SEPTA’s Chestnut Hill West line, you may not have noticed that SEPTA recently increased the amount of service on its tracks.

“I happened to be in Suburban Station, looked up at the electronic sign and saw the Chestnut Hill West line running at night,” she said. “And normally it didn’t run at night.”

That’s because at the beginning of the pandemic, SEPTA temporarily discontinued service on the Chestnut Hill West line, which also runs through Mt. Airy and Germantown, since ridership plummeted to less than 10 percent of what it typically was. It was brought back on a limited basis on March 7 of last year, where it pretty much only ran during morning and evening commute times during the week. There was no weekend service.

When the line was temporarily discontinued at the beginning of the pandemic, many were worried it may be a permanent end to the line. This is especially true because Chestnut Hill West and Chestnut Hill East lines are the two least ridden train lines SEPTA has - not counting the much shorter Cynwyd line, which only has five stops. The Cynwyd line was the only other line to be temporarily discontinued during the pandemic. Its service has also been resumed.

At the time, many wondered whether the discontinuation would lead to a permanent closure. SEPTA was adamant, however, that this wouldn’t happen.

Potter, who is also a railroad historian and someone who loves trains, was thrilled that SEPTA has been true to its word.

“It’s really good news,” she said. “Whatever pressure people have put on SEPTA worked. We got it back.”

SEPTA spokesperson Andrew Busch told the Local that the extended delay for the Chestnut Hill West line actually had more to do with construction on Amtrak’s end, and that SEPTA always planned to bring the line back, albeit not necessarily at the same levels of service it provided pre-pandemic.

“If we had brought service back [to the Chestnut Hill West line during the pandemic] it would have been not only with reduced levels, but with delays due to that construction,” he said. “We made the decision that while the Chestnut Hill East line was operating, we had to be strategic about managing our resources.”

But on Dec. 19, SEPTA quietly inched the Chestnut Hill West line even closer to its pre-pandemic schedule, adding early evening service, midday service and weekend service. The frequency of trains is still only 70-75 percent what it was before the pandemic, Busch told the Local, but at least that puts the Chestnut Hill West line on par with all of SEPTA’s other regional rail lines.

“I’ve probably taken the train from stations [on other lines] since they brought the Chestnut Hill West line back,” said Potter, “because I didn’t even know they [added more service].”

The Dec. 19 increase in service was advertised in a press release. However, the release included details about increased service for all regional rail lines, and was not specific to Chestnut Hill West.

“SEPTA has convenient and affordable options for travel to work, medical appointments, entertainment – and everywhere in-between,” said SEPTA CEO and General Manager Leslie S. Richards said in the release. “We are focused on providing safe, efficient and reliable service for our customers as we continue to move through this recovery.”

Busch said information about the increased service was also shared with elected officials and shared on signage at the stations.

“We had some additional information online,” he said. “We were trying to aim for a wider audience.”