Number five Mount St. Joseph Academy hosted the contest and racked up the first 10 goals of the afternoon on the way to a 22-2 victory over Delco Christian Academy. 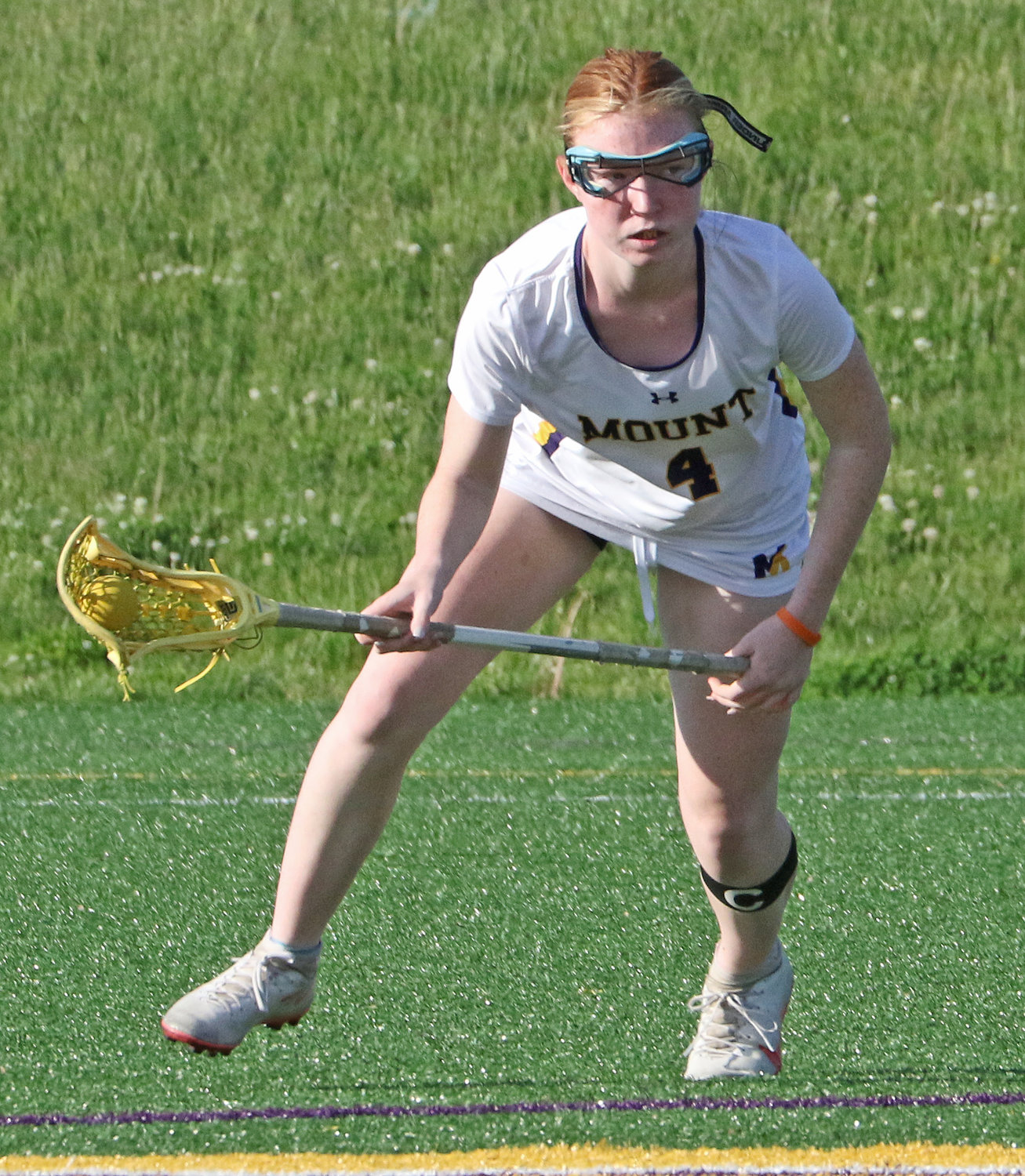 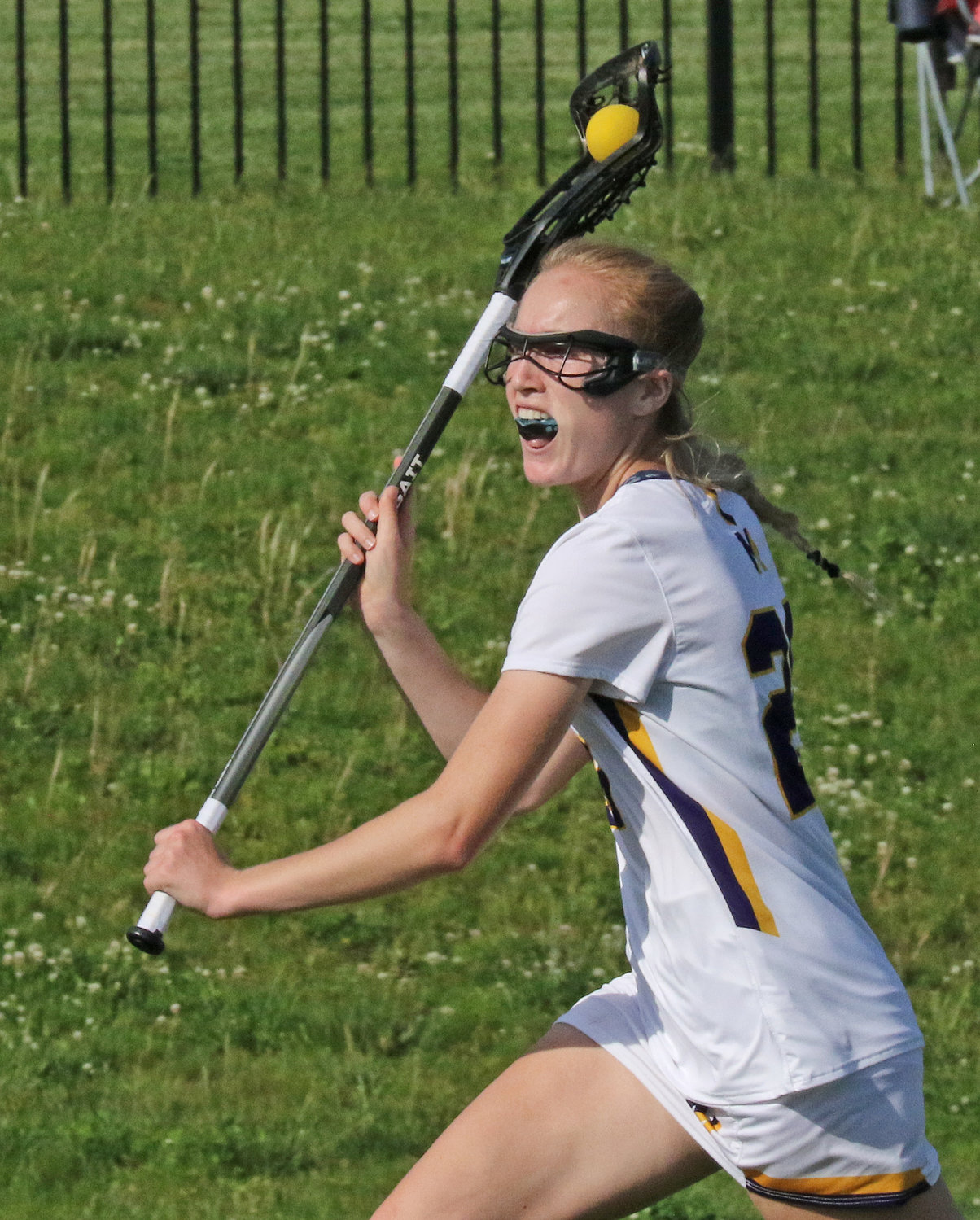 Most people wouldn't expect a tournament game involving a fifth seed and a 12th seed to be completely one-sided, but that's the way last Tuesday's opening round lacrosse match-up in the PIAA District 1 double-A tournament turned out.

Number five Mount St. Joseph Academy hosted the contest and racked up the first 10 goals of the afternoon on the way to a 22-2 victory over Delco Christian Academy.

The victory moved the Mount into the quarterfinal round, where a victory would assure the team of a spot in the state tournament, since all four semifinalists automatically receive a bid.

The Magic improved to a record of 13-5 overall as 11 different players scored against the Knights. Junior Devin Loome, a Norwood Fontbonne Academy graduate, led the attack with four goals, and there were hat tricks for senior Lauren Maher and sophomore Maggie Rezza.

In the regular season, the Mount had emerged as Athletic Association of Catholic Academies co-champion along with Villa Maria, each team winning at home in the home/away league series.

Last Tuesday, Delco Christian left Flourtown with a final record of 8-9. The Knights mostly faced non-league rivals this spring, since only half of the schools in their league play girls' lacrosse.

On Tuesday the Magic scored twice in the opening minute, and they began filtering reserve players into the game fairly quickly. Starting with sophomore Amelia Clair's marker off of a rebound, the Mount had nine different players score its first nine goals.

With just eight minutes elapsed, Maher scored her second goal to make it 10-0 and trigger the running-clock protocol. The ticker stopped again when Delco sophomore Lily Elliott got the visitors on the board with 14:31 remaining in the first half.

Over the next five minutes, Loome, Rezza, and Maher found the back of the net to assure that there would be a running clock for the rest of the game. The tally was 15-2 at hafltime; the Knights has received their second (and final) goal of the day from junior Sky Corcimiglia.

In the second half the Magic began to slow down their offense. When junior Molly Brennan scored to make it 21-2 with around 11 minutes left, Mount St. Joe took out starting junior goalie Annie Shields (two saves) and put in senior Emily Riethmiller.

Reithmiller, another NFA grad, did not have to make any saves, as the Mount passed the ball around on offense much of the time. Freshman Kate Westmoreland's second goal of the game locked in the 22-2 final with about nine minutes remaining. Kate Donovan and Peters also had two goals apiece.

UPDATE: Mount St. Joseph secured a spot in the PIAA state tournament with a victory on Thursday. Maher fired in four goals and Clair had a hat trick as the Magic knocked off fourth-seeded Upper Moreland High School, 13-9. The Mount advanced to a District 1 semifinal game against top-seeded Bishop Shanahan, which defeated number eight Villa Maria in another Thursday quarterfinal, 7-5.