Gary Bernard, a resident of Mt. Airy, is a prolific and accomplished illustrator. He also works for the Vanguard Group. 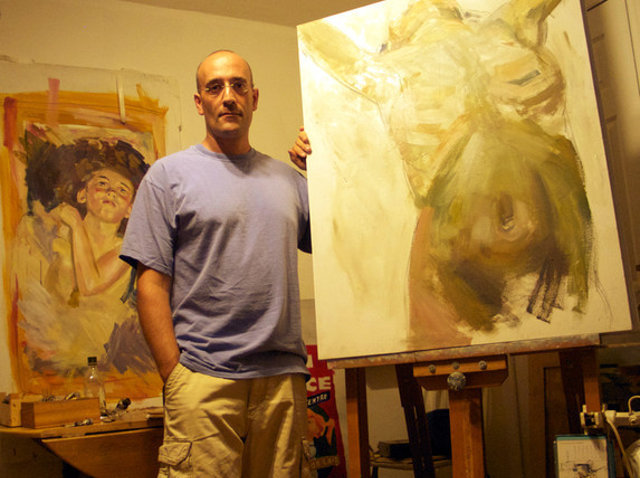 Gary Bernard in his art studio in Mt. Airy. 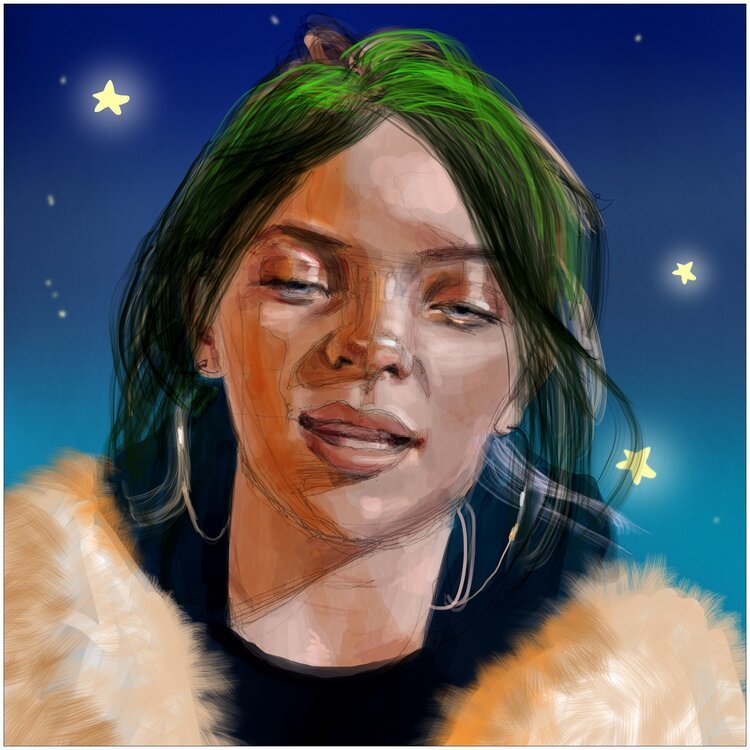 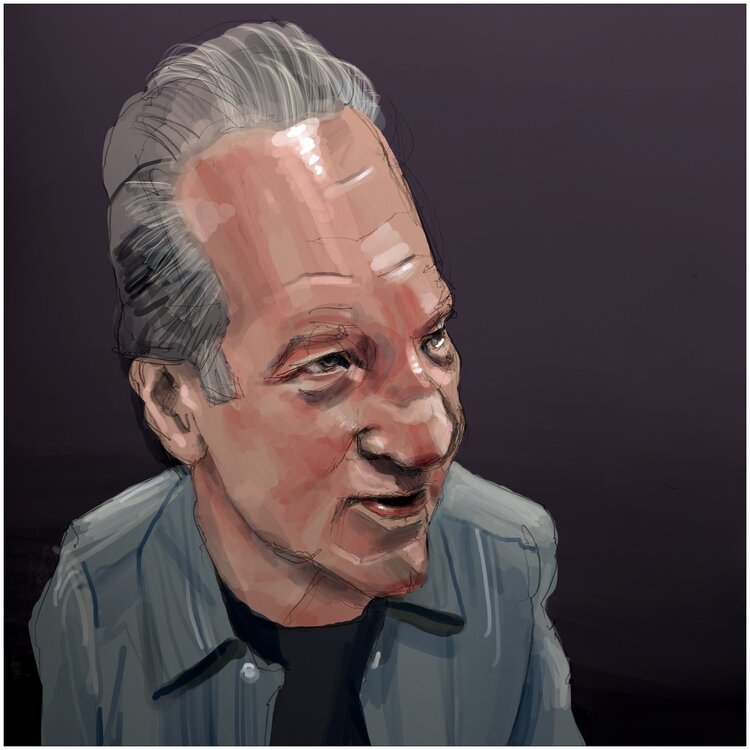 I have heard it said over the years that people with artistic sensibilities cannot possibly co-exist with the corporate world, and vice-versa. This is no doubt true in many cases but not with Gary Bernard. A resident of Mt. Airy for 14 years (and Germantown for 10 years before that), Bernard, 54, is a prolific and accomplished illustrator (one project involved his drawing over 500 portraits of guests on the Joe Rogan Podcast). He also works for the Vanguard Group in Malvern, the world's biggest mutual funds company, with over $5 trillion in assets being managed.

Bernard, who previously worked for Chase Bank designing an app to work in conjunction with the Bloomberg business apps, now creates user interface and user experience design (UI/UX) for traders and analysts at Vanguard. He told us last week, “I thoroughly enjoy the contrast between the fine art/illustration side of the brain and the data driven logical part of the brain, so this job is a great place to be.”

Bernard grew up in Cranford, North Jersey, and graduated from the Rhode Island School of Design. He has managed to combine careers in graphic design/illustration and corporate finance for many years. After college he moved to California, where he met his wife, Sophie, a native of France. The NorthRidge earthquake in 1994 prompted the two to return to France. They stayed for three years, but French law makes it extremely difficult for immigrants to find work. So during the internet boom in the mid-90s, the two moved to South Jersey and later to Germantown and then Mt. Airy.

Bernard is the creative force behind numerous publications, studio displays and art exhibitions. His books include “Pemba Sherpa” (Odyssey Books), which he illustrated and which won a Junior Library Guild Award, and “The Moth and Sun,” which he wrote and illustrated.

On Goodreads.com, the nation's largest book review website, “Moth” has 16 reviews with an average rating of 4.81 out of 5. “Moth” is a picture book Bernard started more than 25 years ago and features drawings he created while living in Paris with his wife in his late 20s and early 30s.

Each page of the book is written in English, French and Spanish and follows a moth's flight around Paris. As it flies, it struggles to realize its dreams. It doubts itself. When Bernard would travel, he would show children the delicately drawn images in the book and ask the children to complete the stories. The second part of the book includes stories the traveler gleaned from the children. The last few pages are blank, so young readers can fill in their own stories.

Bernard also wrote and illustrated “Ollie and Tugg,” which was inspired by a question Bernard's son asked him: “Daddy, can T-Rex dinosaurs swim?” Bernard's picture and short story book, “Salted Water,” was featured in “Amazing Grace: Jeff Buckley,” a 2004 documentary about the musician. “There are some other short stories and full-book ideas that I haven’t let go of,” he said last week, “but no release dates at this time.”

Unlike most Americans, Bernard admits that the pandemic has affected his life “more positively than most would assume. I have been working from home and enjoying the lack of commuting and more time with my family. The lockdowns offered me more time to create at least two hours a day where I would otherwise be sitting in traffic. I feel incredibly lucky as so many people have had nothing but increased stress with the loss of so much.”

The Bernards chose to live in Mt. Airy because “the neighborhood we found here had some great stone and brick Victorian homes that you couldn’t dream about in other areas. They were incredibly affordable compared to New Jersey and New York, where we were also looking at the time.”

When asked what was the hardest thing he ever had to do, Gary replied, “I always think of the Japanese proverb that says, 'Fall down seven times and get up eight.' I have fallen on my own and have been pushed to fall, and getting up the eighth time is the hardest every time.”

Gary and Sophie have two children, Goran, 22, and Nolwen, 17, both of whom are fluent in French.

For more information, visit Gbernard.com. Len Lear can be reached at lenlear@chestnuthilllocal.com