On Aug. 14, Daniel Matsukawa was honored by The Philadelphia Orchestra Association during a celebratory online event with the 2021 C. Hartman Kuhn Award. 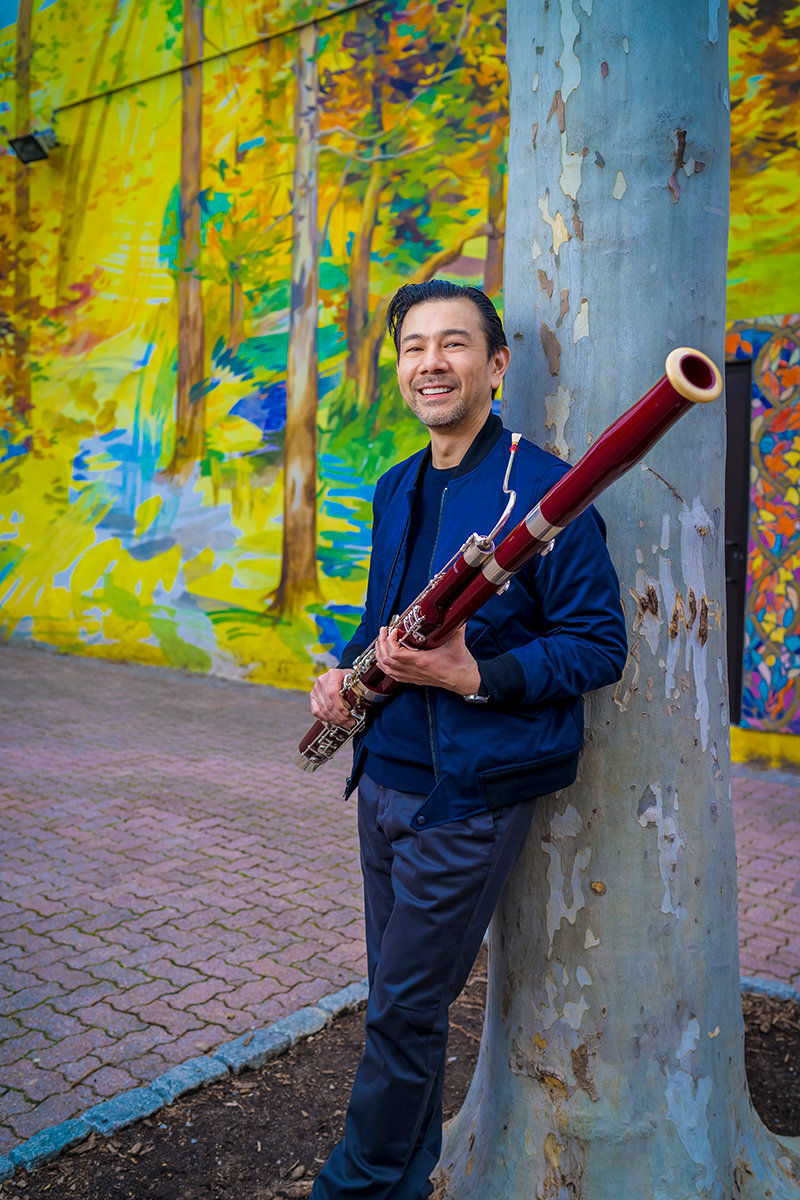 Mt. Airy's Daniel Matsukawa was honored by The Philadelphia Orchestra Association on Aug. 14 for showing “ability and enterprise of such character as to enhance the standards and reputation of the ensemble.” 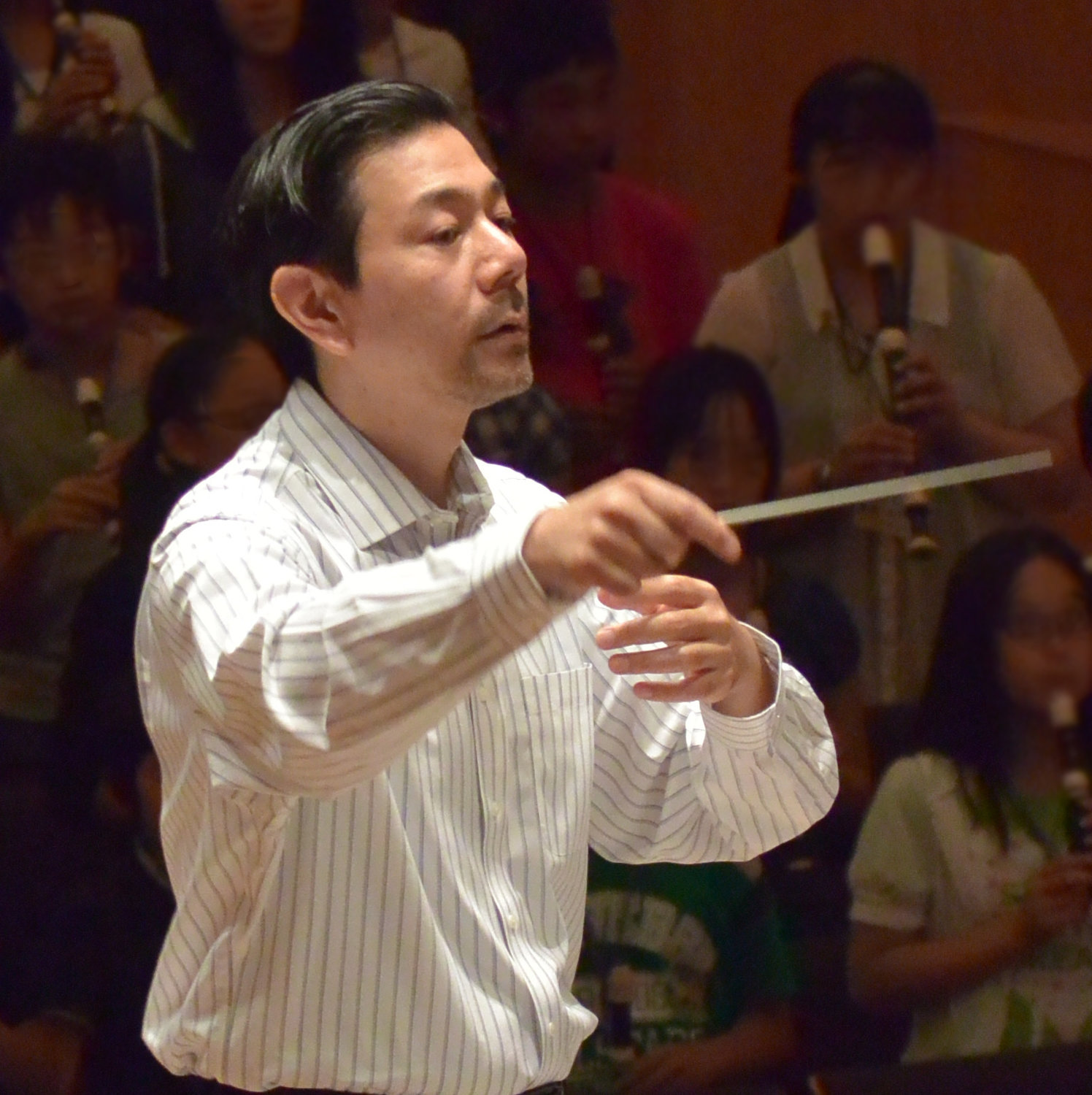 Also an esteemed conductor, Daniel made his conducting debut in Japan in 2009 at the Pacific Music Festival, comprised of musicians from around the world and founded by Leonard Bernstein.
Previous Next
Posted Friday, August 27, 2021 9:00 am
by Len Lear

On Aug. 14, Daniel Matsukawa was honored by The Philadelphia Orchestra Association during a celebratory online event with the 2021 C. Hartman Kuhn Award. Established in 1941, the Kuhn Award is given annually to “the member of The Philadelphia Orchestra who has shown ability and enterprise of such character as to enhance the standards and reputation of the ensemble.” Music Director Yannick Nézet-Séguin selected Matsukawa for the honor, commending “his empathy, creativity, artistry, generosity and exemplary leadership, particularly throughout the Covid-19 pandemic.”

There are countless outstanding musicians in every genre of music imaginable in Northwest Philadelphia, but when it comes to sheer artistic brilliance, it would be hard to top Daniel Matsukawa, 53, a Mt. Airy resident for the past 10 years and principal bassoon player for the Philadelphia Orchestra since 2000 as well as a highly respected conductor.

Born in Argentina to Japanese parents, Matsukawa moved with his family to New York City at age 3 and began studying the bassoon at age 13. The following year he won his first competition and was featured as a soloist performing the Mozart Bassoon Concerto with a professional orchestra in New York. He was a scholarship student of the pre-college division of both the Juilliard School and the Manhattan School of Music, but he graduated from Curtis Institute of Music in 1992.

Matsukawa has been a recipient of numerous awards and prizes, including a solo concerto debut at Carnegie Hall at age 18. He has also been a soloist with several other orchestras, including the National Symphony, New York String Orchestra, Curtis Symphony, Auckland (New Zealand) Philharmonic and Sapporo Symphony in Japan.

Matsukawa began conducting studies privately with Otto Werner Mueller, head of the conducting department at Curtis Institute of Music. He made his conducting debut in Japan in 2009 at the Pacific Music Festival, comprised of musicians from around the world and founded by Leonard Bernstein. Since then he has been invited back to conduct in Japan every year.

He made his U.S. conducting debut with the Virginia Symphony Orchestra in 2016. “I just returned to conduct there this June,” he told us in an interview last week, “during their Centennial Season, a huge honor. I always thought it's a special thing to get invited to conduct an orchestra, but to be asked to return is even more meaningful since I know one needs the approval from the orchestra to be invited back.”

In 2017, Daniel was named Music Director of the Independence Sinfonia, based in this region. They perform in Fort Washington, Elkins Park and Ambler. He also teaches at both Curtis and Temple University's Boyer School of Music. “I love teaching so much,” he said, “and have such a passion for it that I feel very blessed to get to hear these incredibly gifted students throughout the school year.”

How many hours does Daniel practice in an average day? “That’s a good question, and it depends on what I have coming up. I wouldn't need to spend as much time on a work I have played before versus a new work. I do like to study the music and score before going in to rehearsals and not only learn my own part. It can therefore range anywhere from 20 minutes a day to a couple of hours.”

“I am incredibly proud of both of our daughters,” said Daniel. “I lucked out as they happen to be such good human beings! Hanna just graduated from high school and is on her way to Wellesley College in Massachusetts but first to take a gap year and live in Tokyo to learn Japanese as well as about her roots. Meg has founded a Current Issues Club in high school, which has stimulated many great conversations about the world’s happenings.”

Speaking about important issues, Matsukawa said he has become “more pro-active with events that affect the world around us. If we all came from a place of love and not from a place of fear, imagine what the world would look like, not only how we deal with racism and hate crimes but also for gender equality, preserving our earth and food security for everyone, as well as fighting for those who are transgender.”