Despite the continuation of limits placed on indoor gatherings, such as concerts of classical music, the Philadelphia Orchestra continues to reach out to its local and international audience. … 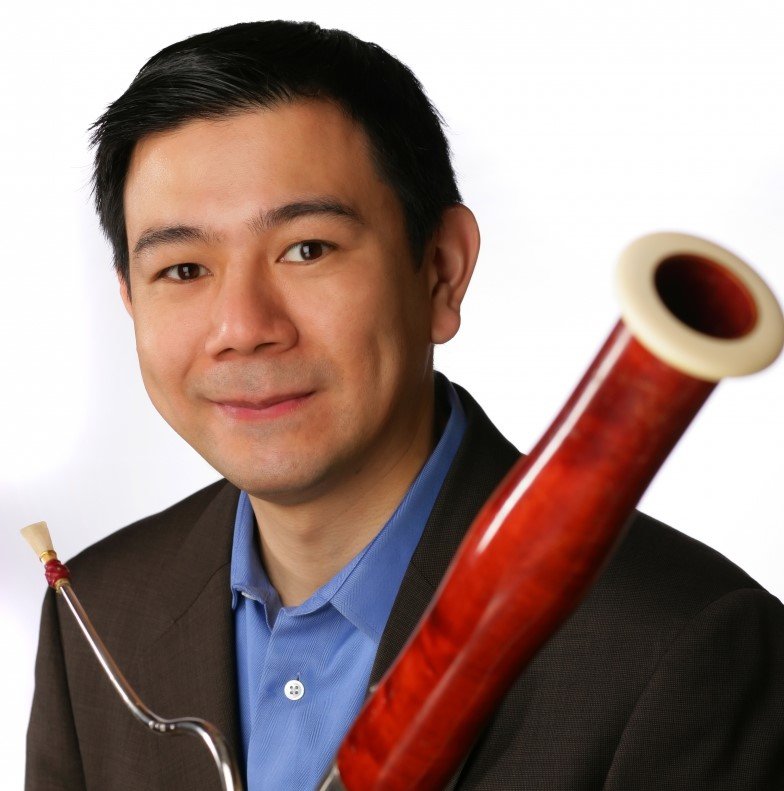 Despite the continuation of limits placed on indoor gatherings, such as concerts of classical music, the Philadelphia Orchestra continues to reach out to its local and international audience. Embracing the potential of technology, the ensemble continues to perform concerts of great music, new and old, and to make them available through “live streaming.” No wonder it was named Gramophone’s “Orchestra of the Year 2020.”

Two weekends ago, music director Yannick Nezet-Seguin conducted the Orchestra in music by Simon, Beethoven and Schubert; on Oct. 15 (the concert was available online through Oct. 18), they performed scores by Hunt, Mozart and Brahms. Both concerts had been recorded on the stage of the Mann Center for the Performing Arts in Fairmount Park.

Mt. Airy resident Daniel Matsukawa, the Orchestra’s principal bassoonist and a member of St Paul’s Episcopal Church, gave a well-spoken and deeply-felt introduction to Brahms’ Second Serenade in the Oct. 15 concert. “Serenade” was one of the German composer’s early masterpieces and a favorite of Ormandy, who led the Orchestra from 1936 until 1980.

(Matsukawa told us in an earlier interview, “There is a lot more instant access now to classical music, which is a great thing. In the old days, we had to buy CDs and could only listen that way other than going to concerts, of course. Now, we have iTunes and YouTube and Pandora and so many other unlimited ways to download and listen to music ... And then we have the visual aspect, where more concerts are being live streamed and/or video recorded, and with the help of the above such as YouTube and then social media, we are able to utilize this to reach more audiences globally.”)

The Oct. 15 concert closely followed the program format popularized by Nezet-Seguin’s illustrious predecessor, Eugene Ormandy: overture—concerto—symphony. The first part was Jessica Hunt’s “Climb,” an orchestra commission receiving its world premiere. Next on tap was Mozart’s Piano Concerto No. 14 in E-flat, with Emanuel Ax as soloist. Closing out the concert was Brahms’ Serenade No. 2 in A major.

“Climb” is a short work that begins with stridency but that concludes with a beguiling tonal delicacy. You can hear the influences of Copland, Walton, Britten and Bernstein in Hunt’s musical vocabulary, but she didn’t merely quote these previous styles in the manner of “pastiche.” Rather, she assumed them into her own particularly personal language to produce a score of cogency and beauty. Nezet-Seguin and the Philadelphians played it with heightened expressivity within the resonant ambiance of the Mann’s expansive stage.

Ax has been playing with the Philadelphia Orchestra since 1975, the year of Nezet-Seguin’s birth, and his return to music-making with our fabulous orchestra was eagerly awaited by those of us who know his superb technique and eloquent interpretive artistry in the classical repertoire.

His rendition of this early masterpiece didn’t disappoint. He delineated the operatic lyricism and developmental depth of the concerto’s first movement, the aristocratic sweetness of its second movement and the brilliance laced with humor of the closing third. Throughout the entire score, he elicited an exquisitely shaped tone from his Steinway & Sons concert grand piano, which miraculously held its perfect tuning even out-of-doors.

Carlos Simon’s commissioned “Fate Now Conquers” opened the Oct. 10 concert. A lively piece of music, it maintains a captivating sense of drive from start to finish. Refik Anadol designed the visual accompaniment that beautifully graced the Orchestra’s performance of the second movement of Beethoven’s Seventh Symphony.

The program’s major work and principal artistic triumph was the stunning performance Nezet-Seguin and the Philadelphians gave Schubert’s “Unfinished” Symphony No. 8 in D minor, D. 759. It’s a work that bridges the divide between the classical 18th century and the romantic 19th. The structure of the former is there for all to hear, but the imagery of the latter is no less pronounced. You can hear late Mozart as well as early Mendelssohn placed in flawless balance with each other.