Mt. Airy city planner with a side dish of fine poetry

Anyone who struggled through Chaucer, Milton, Dickinson, T.S. Eliot, etc., in an English-Lit course has to be surprised by this news: Poetry reading is up in the U.S. while reading books for pleasure is down slightly.

Mt. Airy city planner with a side dish of fine poetry 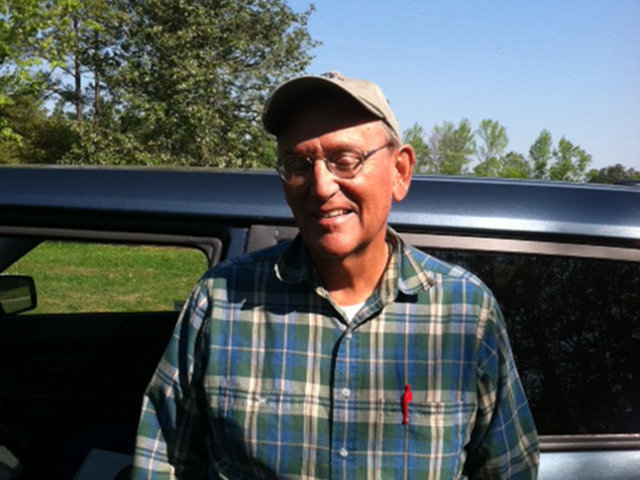 Anyone who struggled through Chaucer, Milton, Dickinson, T.S. Eliot, etc., in an English-Lit course has to be surprised by this news: Poetry reading is up in the U.S. while reading books for pleasure is down slightly. So says the National Endowment for the Arts, which recently published the results of a study, "U.S. Trends in Arts Attendance and Literary Reading."

The study shows the percentage of adults who read novels and short stories dropped from 45.2 percent in 2012 to 41.8 percent last year. However, poetry reading surged up a remarkable 76 percent, to 28 million people last year, with the numbers especially strong among 18-to-24-year-olds. Those in that group who read poetry more than doubled between 2012 and last year.

I mention these surprising statistics because of a book of poetry, “RunAway Freight,” which I am now thoroughly enjoying, by William Hengst, a Mt. Airy resident for the past 29 years and Germantown for 21 years before that. According to Janet Falon, a widely published writer and creative writing teacher in Elkins Park, Hengst's collection of poems “is a joy to read. I decided to read a few at bedtime, but I became so engaged that I read them all in one evening until after midnight and was so stirred up by them that I could not fall asleep.”

What I find particularly interesting is that Hengst, 82, has an Ivy League degree from Dartmouth College and master's and doctorate degrees from the University of Pennsylvania in city planning. He then worked for the Philadelphia Redevelopment Authority as a project manager for six years, followed by 20 years with various planning and environmental consulting firms around Philadelphia.

Despite that non-poetic academic and work history, Hengst insists that “writing has been the centerpiece of my entire life, starting with the three-sentence stories we had to write in the third grade. My dad usually read them before I turned them in. Before my father became a lawyer, he was a sports reporter for the Akron Beacon-Journal, and he very much valued good writing.”

And Hengst, who taught a class at Center on the Hill in Haiku for two years, discovered the pleasure of writing Haiku largely because “they are so concise — three lines, 17 syllables, with a shift or surprise on the third line. Their brevity is especially good for anyone who might want to be creative with fewer words.”

In his 50s Hengst began writing for the Chestnut Hill Local and other local publications — Montgomery Newspapers, Mt. Airy Times-Express, several business magazines and Pennsylvania Horticultural Society’s Green Scene magazine. He also started the Friends of the Wissahickon’s newsletter, of which he served as editor for 10 years. He also began serious gardening work with a few private clients of his own.

As the gardens blossomed, so did Hengst. After a couple of years on his own, Bill started Green Team Gardeners with a gardener friend. They quickly grew it into a business with about 50 clients in and around Philadelphia, mostly residential gardens. They installed gardens and maintained gardens. “I loved the work,” Bill said. “Five days a week outdoors getting my hands dirty in the soil and working up a sweat while completing projects. I left Green Team when I turned 65 and continued to garden with my own clients for another 10 years.”

But the hardest thing Hengst ever did was “completing my PhD dissertation, which took nine years, when I was about to settle for 'ABD' (all but dissertation). Hengst’s doctoral dissertation examined the building development approval process and was titled “Town Builders & Their Hosts.”

“Today I am also facing something very hard — teaching myself to walk without the fear of falling or my legs shaking. This may take time. In the past I have expressed myself through oil painting, not house painting, and gardening. I also enjoyed freestyle dancing and dancing with a partner to good music. Right now, though, if music with a good beat came on, I would hold on to my walker and pound my feet.

“A few years ago Bobby McFerrin led an improvisational event at the St. Martin-in-the-Fields Church, and I boogied there with my walker.” (McFerrin, a former Chestnut Hill resident, had a number one hit song, “Don't Worry; Be Happy,” in 1988. It was the first a cappella song ever to hit number one on the Billboard Hot 100 Chart.)

For more information, email yardman3b@gmail.com. Len Lear can be reached at lenlear@chestnuthilllocal.com