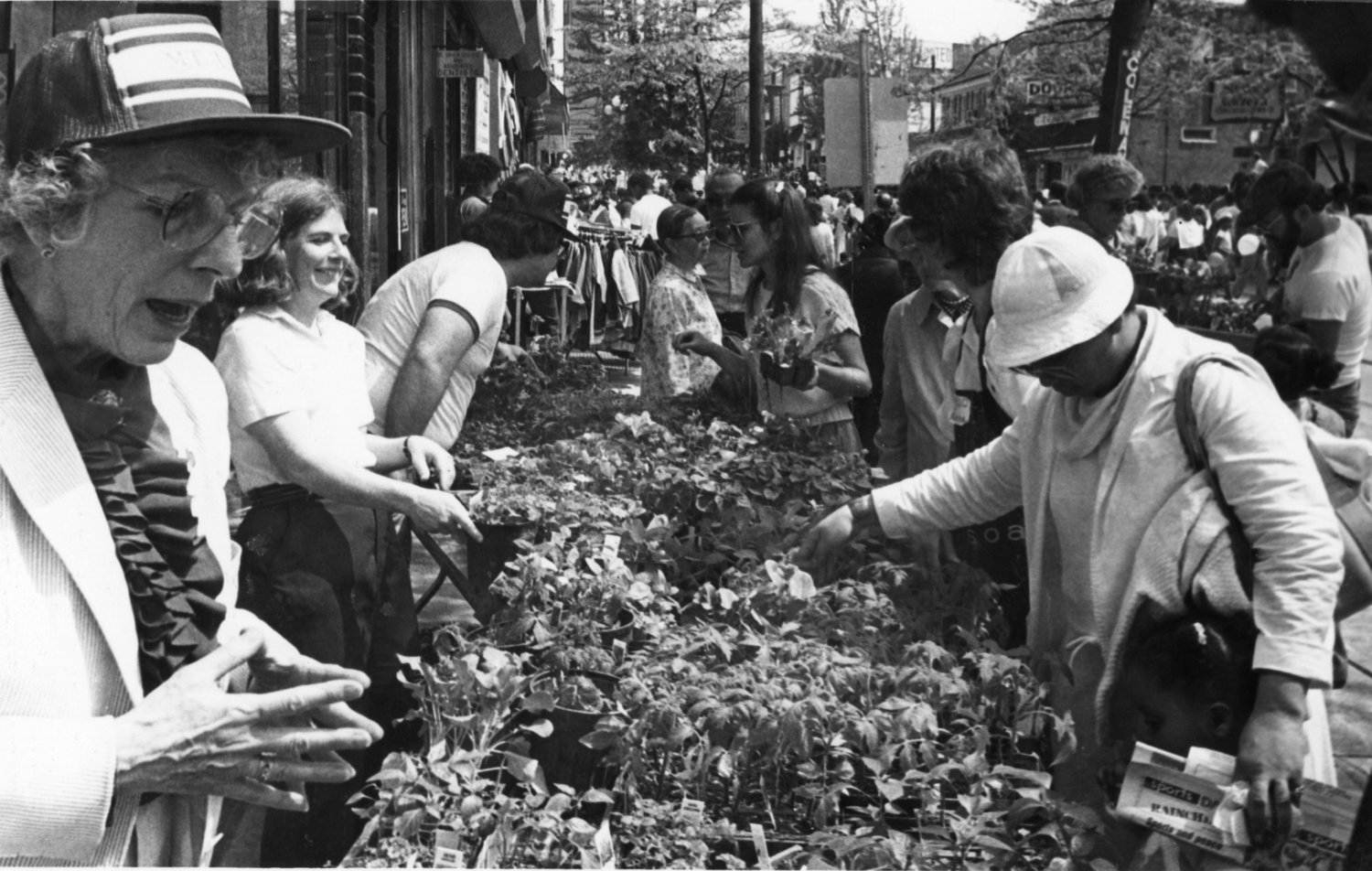 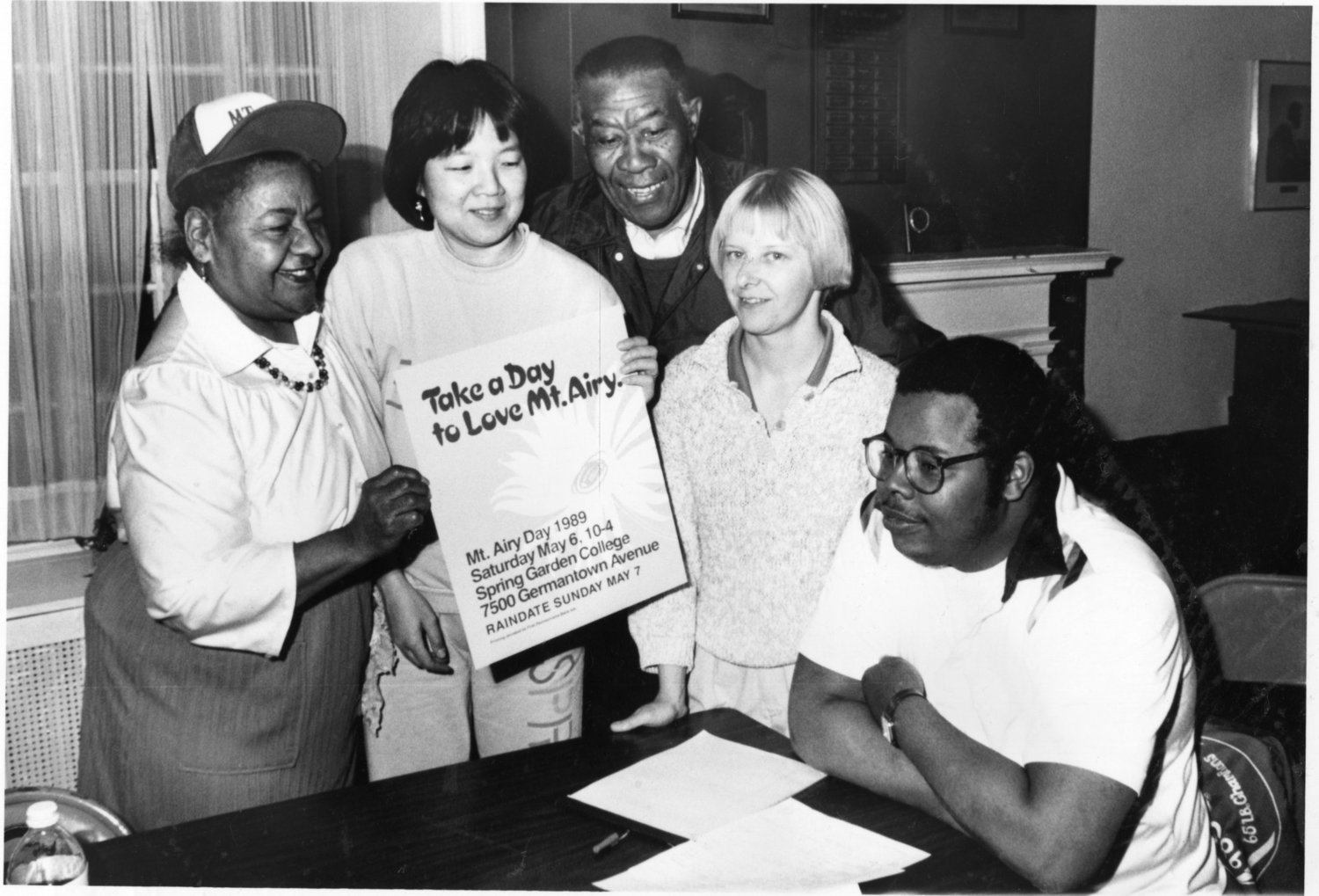 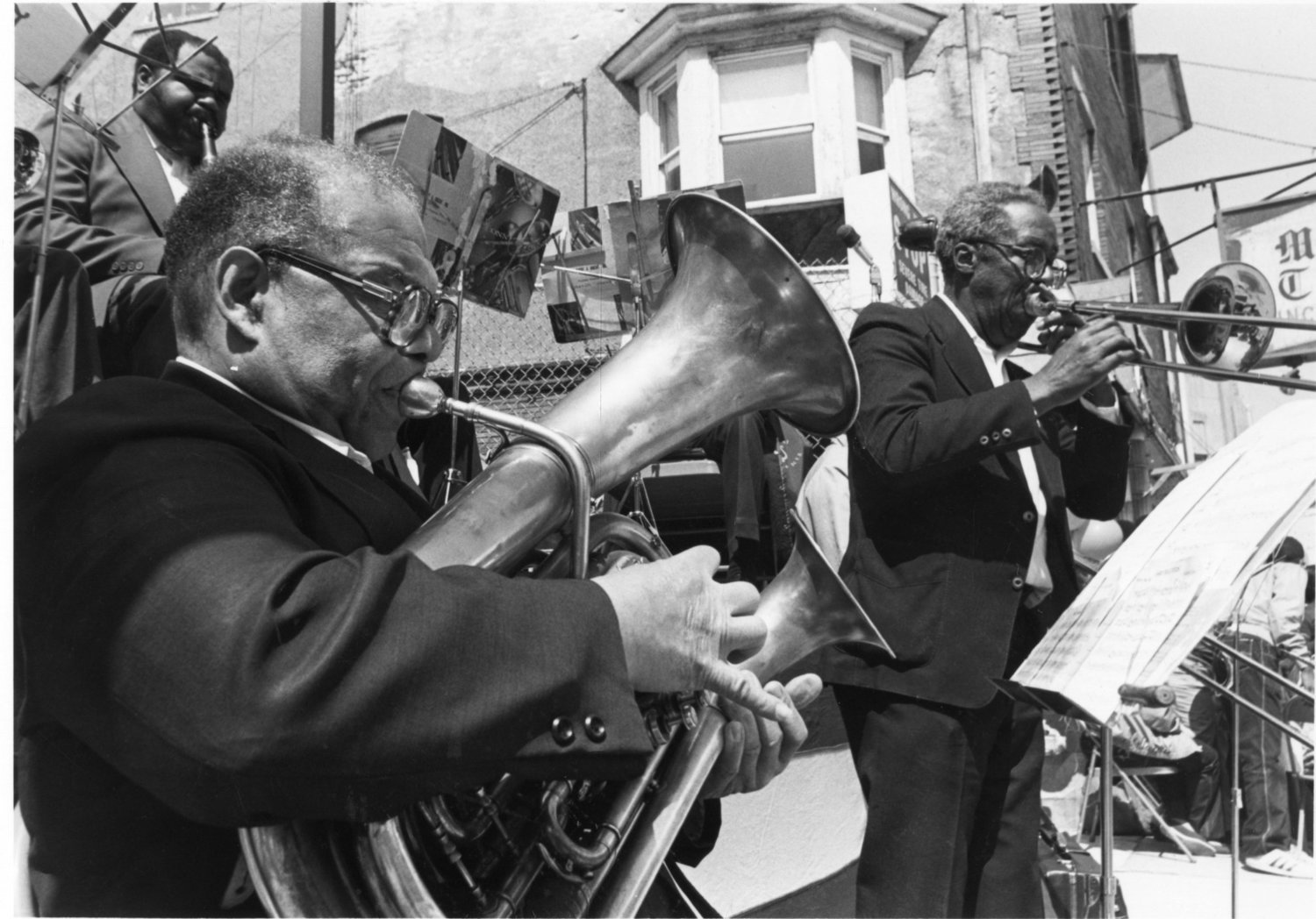 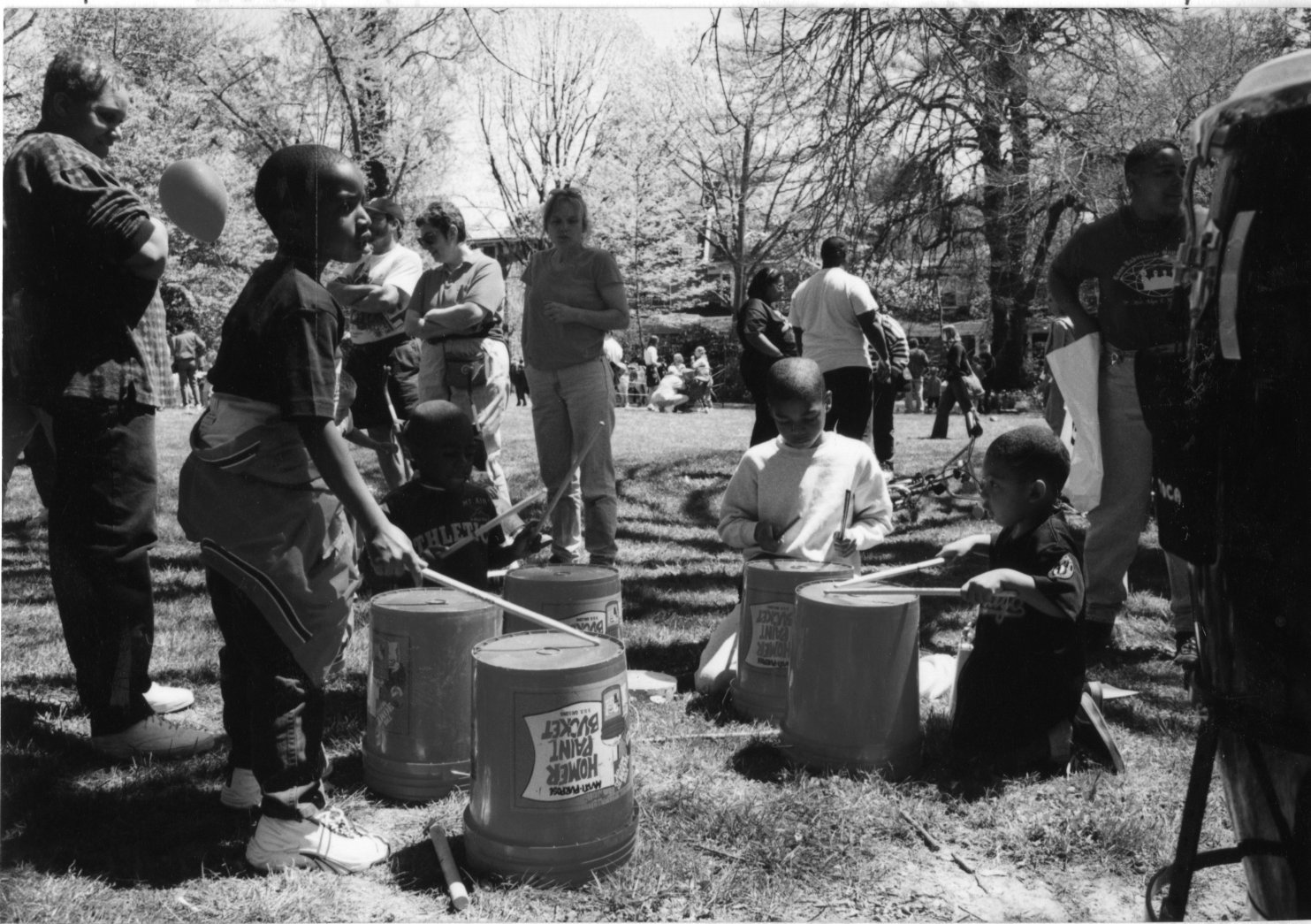 Editor's note: Due to expected weather this weekend, this event has been  postponed to June 11, with a  June 12 rain date.

In March of 2020, with a mysterious pandemic looming, a committee of neighbors planning Mt. Airy Day met via conference call to decide what to do about the Northwest community’s signature event, then less than two months away.

Maybe the virus wouldn’t be so bad. This was Mt. Airy’s 50th anniversary after all. Maybe they should just wait. Then, a committee member received a notification that major businesses were beginning to shut down.. With that harbinger of the crisis to come, the committee made the decision that Mt. Airy Day and its golden anniversary would have to wait.

It would wait until what became a deadly pandemic had waned and residents felt comfortable leaving their homes. It would wait - until now.

On Saturday, June 11th, the celebration that started in the 1970s as a way to foster relationships between neighbors east and west of Germantown Avenue is scheduled to return to the community’s main street. A crowd expected to number in the thousands will celebrate Mt. Airy Day’s 50th anniversary on the 6400 block of Germantown Avenue, between Upsal and Johnson Streets, and on the grounds of historic Cliveden of the National Trust, the site of the Battle of Germantown during the Revolutionary War.

The festival, scheduled from noon to 7 p.m., with a rain date of Sunday, June 12, will feature more than 100 vendors, music performances, amusement rides, food trucks and activities designed to entertain every imaginable demographic that calls Mt. Airy home.

Due to weather,  the event has been  rescheduled from an original plan to hold it on May 7.

"This is a signature event in our neighborhood and we are wanting to give 50th Mt. Airy the celebration it deserves, and to support our vendors and performers with a great turnout," said Alexandra Kurowski, eman member and co-chair of the event.

This year’s golden celebration aims to recapture the feeling of the early days of the event and the cultural touchstones of the decade in which it was founded – the 1970s. There will be a mini Ferris wheel, a tea cup ride, a bouncy house, and oversized versions of Jenga and Connect 4. A video game truck will offer fun for teens, and the event’s soundtrack and music performances will be dominated by 70s-esque R&B, funk and soul music.

“I remember Mt. Airy Day as a kid at the [Mt. Airy Playground] and how wonderful it was to see rides, “ said Kristin Haskins-Simms, co-chair of the event. “I wanted to bring back some of that spirit of a carnival.”

Simms partnered with Kurowski to lead the 50th anniversary effort.

“People have been dealing with so much isolation and struggle,” said Kurowski who moved to the Mt. Airy during the pandemic. Mt. Airy Day is an opportunity for residents to “get together and heal.”

An expansive list of vendors will set up shop along the Avenue to bring a focus back to the neighborhood’s commercial strip.  Food offerings include fare from Attic Brewing Co., Malelani Cafe, 2 Street Sammies and Dre’s Water Ice and Ice Cream.

COVID precautions will include handwashing stations, a plentiful supply of hand sanitizer, and vendors will be stationed further apart than in the past.

Haskins organized a meeting of East and West Mt. Airy Neighbors, two neighborhood organizations separated by Germantown Avenue, which was then a blighted strip.

The groups had been somewhat estranged, she said, partially because “there was a feeling that” neighborhoods on the west side of the Avenue, closer to parks and greenspace, were somehow “better” than those on the east.

At that meeting, neighbors began talking about how they could collaborate, and work together to improve Germantown Avenue.

“That was the seed of the idea, and the next thing you know volunteers are stepping up” and Mt. Airy Day was born, Haskins recounted.

The first Mt. Airy Day was held at the playground, followed by stints at what is now the New Covenant Church of Philadelphia campus, and the festival’s current location at Cliveden.

These collaborative efforts later led to joint projects to create pocket parks, employment programs for young people, and a renewed focus on improving Germantown Avenue. The current work of organizations such as the Mt. Airy Business Improvement District and what is now the Mt. Airy Community Development Corporation are rooted in those early efforts at collaboration, Haskins said. “I don’t know whether that would have happened without Mt. Airy Day,” she said.

The event’s 50th anniversary comes at a time when some residents are worried that encroaching development will threaten the tree-lined, diverse, civic-minded community that has fueled Mt. Airy’s national reputation.

Starting in the 1950s and 60s, when unscrupulous tactics such as redlining and blockbusting rocked the community; faith leaders, activists and concerned realtors joined together to stem white flight and welcome Black neighbors who moved in, said Mt. Airy resident Abigail Perkiss, an assistant professor at Kean University in Union, N.J., and author of “Making Good Neighbors: Civil Rights, Liberalism, and Integration in Postwar Philadelphia.” The book chronicles the intentional effort of West Mt. Airy residents to maintain an integrated community.

The mission was not without its own internal tensions. Groups with different priorities jockeyed for power. Ultimately, the effort to ensure integration had an unintentional side effect, Perkiss said. “What they created was a different kind of exclusion. Not one predicated on race, but on property values and wealth,” she said.

Ritter is worried about that very phenomenon. Development and rising real estate prices increasingly are pricing out families seeking affordable housing, he said, something he noted is its own form of discrimination.

Philip Dawson, the new executive director of the Mt. Airy CDC argues that it’s important to preserve Mt. Airy’s identity, and, at the same time, carve out “some space for growth” and “some change.”

“What makes Mt. Airy special is that while other communities either turn a blind eye to their challenges or are unable to deal with them. Mt. Airy has thoughtful people who tend to be activists and are ready to take on what needs to be changed.”

Ritter says that activism and participation is needed as the community faces the future.

“It’s our time for folks from Mt. Airy to rally, speak up and be vocal about the things that make Mt. Airy Mt Airy and the values we have,” Ritter said, “because the time to act is now.”