Mt. Airy financial expert Vanessa Lowe, 55, is excited. “This is the most fascinating work I’ve ever done,” said Lowe, who is working with the Unitarian Universalist Association to … 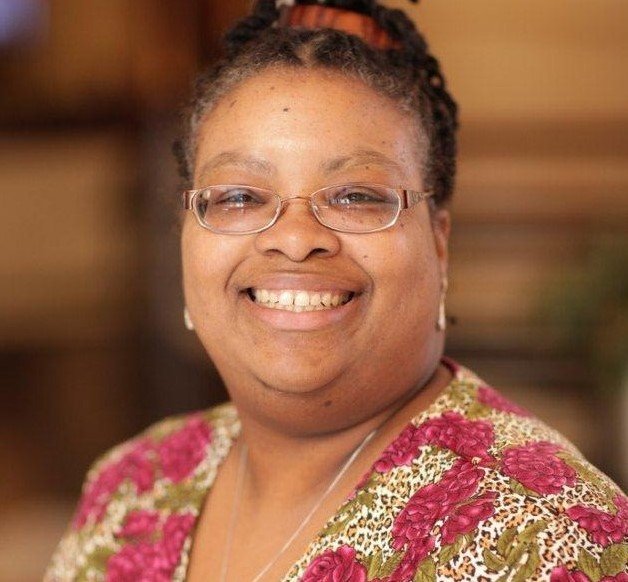 Mt. Airy financial advisor Vanessa Lowe volunteers her time and expertise to find investment funds for the Unitarian Universalist Association that focus on start-ups by Black, indigenous and other people of color.
Posted Friday, October 16, 2020 9:38 am
By Stacia Friedman

Mt. Airy financial expert Vanessa Lowe, 55, is excited. “This is the most fascinating work I’ve ever done,” said Lowe, who is working with the Unitarian Universalist Association to find investments that make a difference.

“Last year the Association voted to increase our community investment commitment from 1% to 5% of the endowment. I’m now leading the search for new investments of up to $8 million,” she said. “The devastation of small businesses due to Covid-19, combined with the Black Lives Matter movement, shined a light on systemic and ongoing racism. Folks are hungry for solutions. This is an opportunity to create socially responsible investing.”

So far, Lowe has identified two funds focused on start-ups by Black, indigenous and other people of color. “The fact that both funds have Black female founders put them at the top of my wish list,” she said. One fund, aptly named 1863, was initiated in 2016 by Melissa Bradley, adjunct professor at Georgetown University’s School of Business and a presidential appointee under Presidents Clinton and Obama.

This national project isn’t Lowe’s job. It’s her passion as a volunteer for her faith-based community. “After over 20 years working for the federal government supporting community development finance, I now get to use that experience to champion this work with other pockets of money,” she said. “We need government policy investments, but we also need foundations, corporations and individuals to seek new ways to create a more just economy.”

To fully understand the relationship between the economy and social justice, Lowe recommends reading “Decolonizing Wealth: Indigenous Wisdom to Heal Divides and Restore Balance,” by Edgar Villanueva. In his book, Villanueva writes, “We have to be honest about the sources of wealth. How was it accumulated in this country? Once you know, how can you not be equitable about how you are distributing money?”

“Decolonizing Wealth” reveals that American prosperity comes from over two centuries of free labor — people working without pay. “The book presents seven steps to acknowledging and addressing the fact that our country’s wealth was built on stolen land and stolen labor from African and Native American communities that have been systematically denied access to that wealth. It’s a fantastic resource for faith-based groups, civic associations and anyone interested in money as a tool for good.”

How does this difficult truth filter down to those of us whose ancestors didn’t step on American soil until the dawn of the 20th century? “We all make choices about where we bank and which companies we patronize. Whether you belong to a religious or community organization, whether you are rich or poor, you want to have a say in how funds are distributed,” said Lowe.

A timely example of the inequitable distribution of wealth is the pay of essential workers during the pandemic. “Daycare workers, sanitation workers, people in the foodservice industry and nursing home workers — they’re all essential, but they’re paid low wages, and many are struggling now,” said Lowe who tips her hat to Weavers Way. “They and some other co-ops are paying their employees ‘hazard pay’ during the pandemic because they get it.”

Lowe has advice for other members of our community still reeling from the financial tsunami caused by the pandemic. “People who are 10 years or more from retirement should not pull their investments out of the market,” she said. “It is still the best return on your money in the long run.” If you are currently unemployed, Lowe says now is the time to look into unpaid internships to advance your skills, especially in technology. “Covid-19 has put a spotlight on why it is important to have at least a six-month emergency fund and not live paycheck to paycheck.”

After working in legal service advocacy programs. Lowe got an MBA from the Wharton School of Business in 1998. In addition to her 20 years in federal service, she offers financial consulting at VLL Consulting in Mt. Airy and has led workshops like “Debt Free Living” for Mt. Airy Learning Tree.

For more tips on financial security and wealth building, tune into “Vanessa’s Money Hour,” a radio talk show hosted by Lowe on the first and third Saturdays of each month at 1 p.m. on G-town radio, 92.9 FM. Or contact gtownmoneyhour@gmail.com