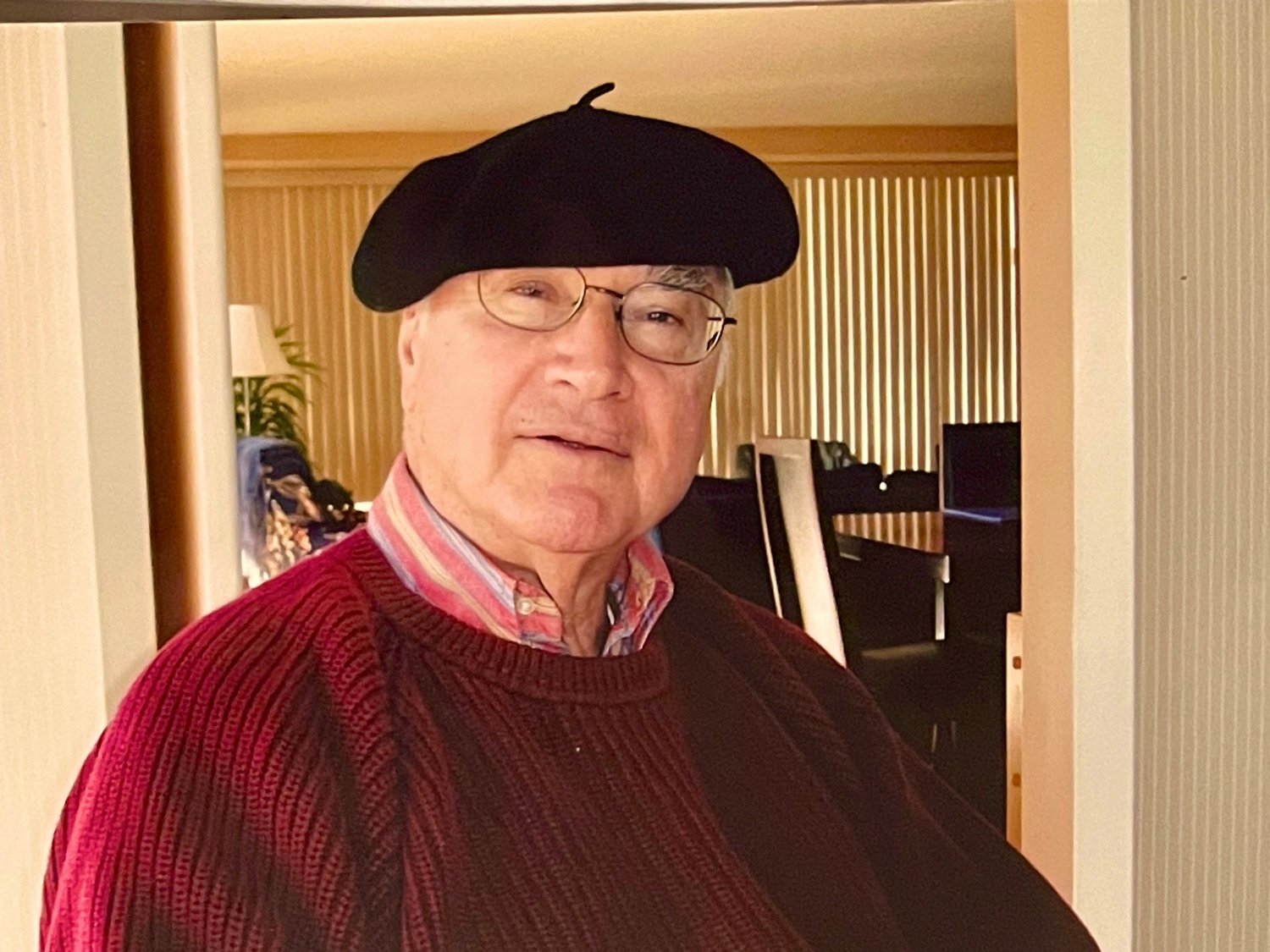 Norman Oshtry, a long-time Mt. Airy resident and fighter for social justice, liked to be photographed wearing his beret.
Posted Thursday, August 4, 2022 12:00 am
by Len Lear

Many people are often derisive of lawyers until they need one. In the 1960s, I got into some serious trouble relating to the Vietnam War, which I often protested against, even though I was a U.S. Air Force reservist at the time. As a result, I lost my day job with the city and had no money to continue courses towards a doctorate degree in English literature, which I had been pursuing at night at Temple University for three years.

I needed a lawyer but could not afford one, so my oldest brother, Bennett, put me in touch with his best friend and fellow former Penn State student, Norman Oshtry, a lawyer and a 40-year resident of Mt. Airy. Oshtry told me he was so opposed to the Vietnam War himself that he would represent me for free. I told him that I would be glad to pay him when I got a job again and got back on my feet, but he refused to accept any payment.

Thanks to Oshtry's months of representation, the legal matter was resolved, and even though the officers at Willow Grove Air Force Base threatened to give me a dishonorable discharge, which would have made it very difficult to secure any kind of responsible employment, Oshtry was able to persuade them to give me an honorable discharge, no easy task considering their strong feelings about the matter.

Oshtry, the man I credit with literally saving my life and enabling me to have what is now a 55-year career in journalism, died June 29 at the age of 96.

Oshtry, who was also president of Allens Lane Art Center for four years in the 1970s, was a giant in my mind because he was never driven by money or accolades but by a passion for justice. He often represented clients who were considered outcasts by the larger society at the time. In fact, he reminded me of Atticus Finch, the lawyer played so brilliantly by Gregory Peck in “To Kill a Mockingbird.”

For example, he received some negative notoriety for his work on Ginzburg v. the U.S., a 1966 obscenity decision by the U.S. Supreme Court, and he was the lead lawyer in Val’s, a gay bar case that reached the New Jersey Supreme Court in 1967. He also worked tirelessly for Clark Polak, one of Philadelphia’s leading gay activists in the 1960s. Polak was the leader of the Janus Society and the Homosexual Law Reform Society and the editor of Drum magazine, the most widely circulating gay magazine at the time.

Oshtry did not win any popularity contests by defending Polak in the 1960s. Polak moved to Southern California in the early 1970s and committed suicide in 1980.

Marc Stein, author of “City of Sisterly and Brotherly Loves: Lesbian and Gay Philadelphia, 1945-72,” (University of Chicago Press, 2000), interviewed Oshtry at great length in 1993 in his home on West Mt. Airy Avenue, and he quotes Oshtry on outhistory.com as saying, “My civil liberties bent came from my mother.

“She had an intuitive sense of right and wrong, and I think that it inculcated in me. I don't know how else to explain it because I always felt these issues were very important.”

When Oshtry got out of the Navy after World War II, he went to law school at night for seven years while working day jobs with the city in personnel hospital administration and for six years with the Commission on Human Relations as an investigator. He also did lots of volunteer work for organizations including the American Civil Liberties Union, the Jewish Human Relations Council and the Committee on Foreign Born.

Instead of working for a major law firm, Oshtry was always a one-man band with a general practice. “I did only two bankruptcies,” he once told me, “but I've done almost everything else in the law.”

Oshtry is survived by his wife, Eva, a former teacher for many years at the Henry School in Mt. Airy, sons Joel and Daniel, who are both lawyers, and grandchildren Ezra, Samuel, Charlotte and Lily.

Joel, a 1982 graduate of Rutgers Law School, has worked in his father's practice since 1990 as a solo practitioner.

“Dad was a warm person with a strong sense of right and wrong,” Joel told us last week. “He grew up in a blue collar neighborhood and experienced a lot of anti-Semitism, so he had a lot of empathy for clients. He approached the law not as a business but as a sort of holistic social worker, using the law to improve people's lives and the world.”

Chapel Services were held July 3 at Joseph Levine & Sons in Blue Bell. In lieu of flowers, contributions in his memory may be made to the Brennan Center for Justice or any organization working to strengthen democracy and justice in the U.S.