Judi Bernstein-Baker , a New York native who has lived in Philly for 47 years, got involved in the civil rights movement in the 1950s and has been working on behalf of victims of injustice ever … 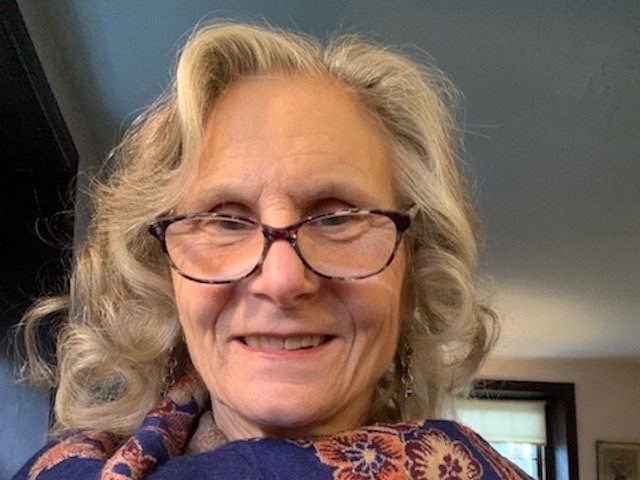 Judi Bernstein-Baker , a New York native who has lived in Philly for 47 years, got involved in the civil rights movement in the 1950s and has been working on behalf of victims of injustice ever since.

Curbside characters like Judi Bernstein-Baker may pop up at your door with passion and inspiration. If you see Bernstein-Baker, 74, chewing mint gum and doing the hip-replacement strut – it takes a strutter to know one – don’t let it lull you into seeing her as one more tame elder. Bernstein-Baker, social worker, lawyer and grandmother, continues a lifetime practice of taking her passion to the pavement.

Bernstein-Baker’s latest push involved hitting the street to ask some of her Mt. Airy neighbors to consider voting for independent candidates for City Council in Philly’s November election.

“It’s important for the city to have a vibrant government, and that requires councilpeople who look at issues independently rather than through a partisan lens,” said Bernstein-Baker, who was canvassing in cooperation with Philadelphia Neighborhood Network, a racially and culturally diverse organization of neighborhood activists.

“Many candidates running for the first time don’t have a lot of money [to pay for publicity]. That’s what makes them attractive to me. Sometimes, big donors feel they have a right to influence a winning candidate’s policies.”

Bernstein-Baker, a native of Queens, New York, who’s lived in Philly for 47 years, got an early start in public activism.

“I got involved in the civil rights movement in the ‘50s,” she said. “I wanted to go on Freedom Rides [in the segregated South], but my parents said it was too dangerous.”

Bernstein-Baker did the next best thing.

“When I was 13 or 14, a group of us from various New York high schools would go down to the Woolworth’s on 34th Street and picket every weekend. It was a way to pressure Woolworth’s to end segregation at its lunch counters at stores in the South.”

Both school and her old neighborhood fed Bernstein-Baker’s stance. She and her parents and brother lived in Queensview West, then a housing development for working and middle-income families.

“I come from modest circumstances – my mother was a garment worker in a factory, and my father was self-employed as an editor, proofreader and translator – but Queensview was extremely diverse,” she said. “Some tenants were union organizers. We brought in speakers like Fanny Lou Hamer [a legendary Mississippi voting rights activist] and Bayard Rustin [a West Chester native, advisor to Martin Luther King, Jr. and organizer of the massive 1963 protest march on Washington]. It was a wonderful place to grow up.”

Bernstein-Baker skipped a grade and thus started college at age 16.

“I attended the SUNY (State University of New York) Binghamton,” she said, “and I got my degree in political science in 1967.”

“My husband, Karl Baker, was admitted to Rutgers Law School, and I didn’t want to live in Camden, so we rented apartments in West Philly.”

Later, they moved to Germantown, recalled Bernstein-Baker, who has a daughter, 43, and a son, 39.

With a deepening commitment to activism, Bernstein-Baker earned a master’s degree in social work from the University of Pennsylvania in 1975.

“I did community organizing at Community Legal Services,” she said of the organization, which provides free legal assistance to low-income Philadelphians. “For example, I organized tenants to fight for rent control.”

Working in a legal milieu nudged Bernstein-Baker toward law school.

“I thought it would allow me to advocate more thoughtfully for clients.”

In 1986, she graduated from Temple’s Beasley School of Law. In 1990, a position opened up at Penn Law School that involved creating a program for law students to perform public service as part of their degree requirement.

“Through my work at Penn, I became aware of the need for pro bono help in immigration,” she said, “and there were few lawyers to take those cases.”

In 1998, she became executive director of HIAS, a nonprofit which “provides legal, resettlement, citizenship and supportive services to immigrants, refugees and asylum seekers from all backgrounds.”

She retired from that position in 2016.

“Now I take on cases of the most vulnerable people: unaccompanied youth, victims of crime and trafficking and asylum seekers. For example, I just completed a case of a wonderful student activist from Honduras who was detained in an isolated area of Louisiana. He had a strong asylum claim, but there were no attorneys available in that area of the Deep South.”

Bernstein-Baker’s background may lead her to take difficult cases.

“My mother was an immigrant from Poland,” she said.

“They come here fleeing violence. Their governments have no capacity to protect them. Honduras is a narcostate. Often, ex-military become employed by the drug cartels, so they have ties to the government.”

When it comes to immigrants, this country shoots itself in the foot, Bernstein-Baker believes.

“We’re turning away people whose talents we need, and we’re giving out a double message. On one hand, we’re telling people they should enter the country legally. On the other, we’re decreasing legal channels. We have to decide whether we’re going to be a leader in human rights or waste billions of dollars on detaining those fleeing or on building a wall.”

Bernstein-Baker, who still takes part in street demonstrations, would rejoice at seeing a veritable conga line of older activists, canes, walkers and all, taking to the sidewalk with their beliefs.

“If you’re an older person with free time, it’s never been more important to get civically engaged,” she said. “We seniors have a responsibility to make the world better for the next generations.”