“The Green Book,” which won the Oscar for Best Picture of 2018, tells the story of Dr. Don Shirley, a world-class African-American pianist, who embarked on a concert tour of the Deep … 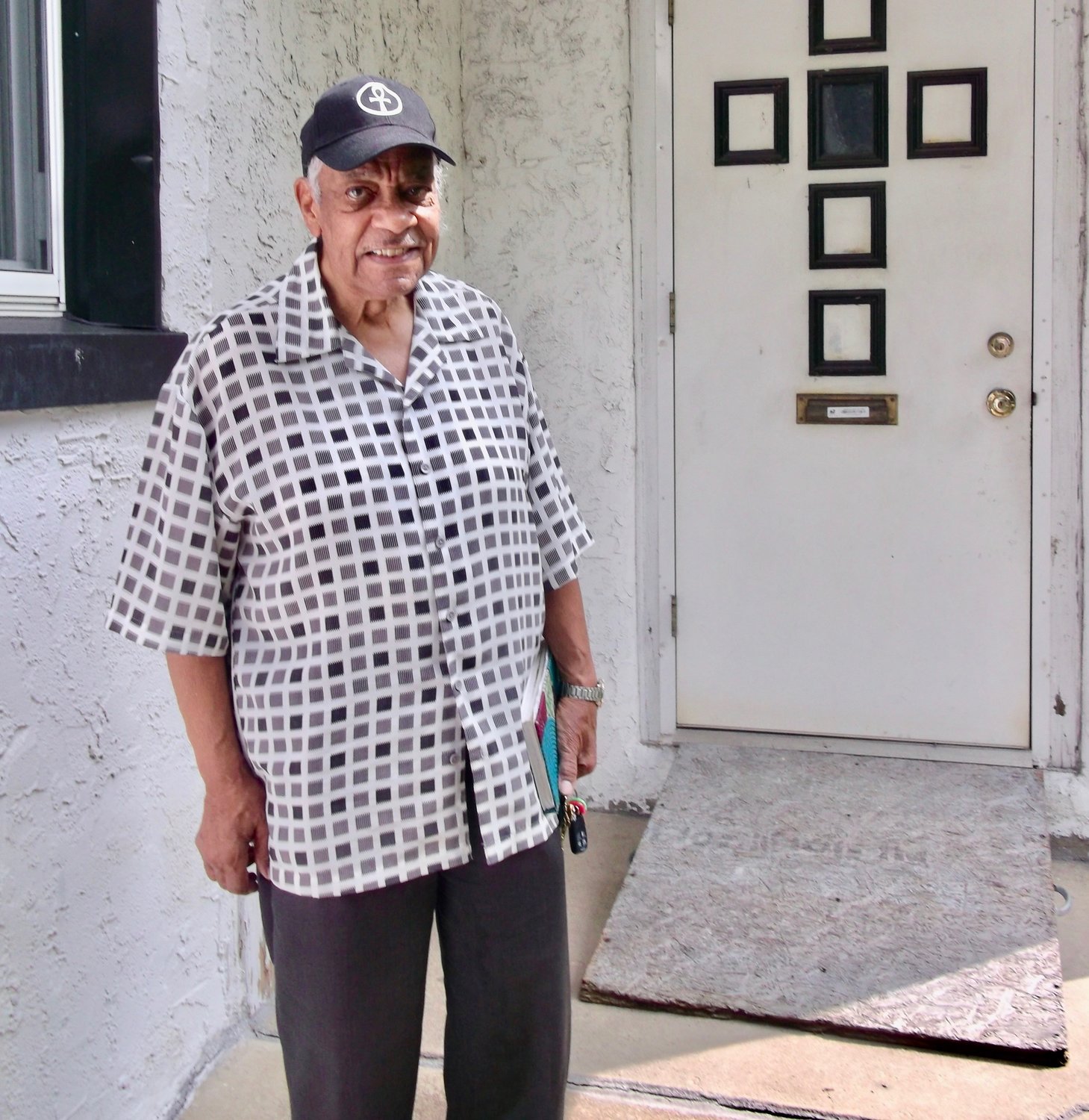 The Rev. Joe Williams is the pastor of Mt. Airy United Fellowship Church, a non-denominational tabernacle he founded five years ago at 701 W. Johnson St. 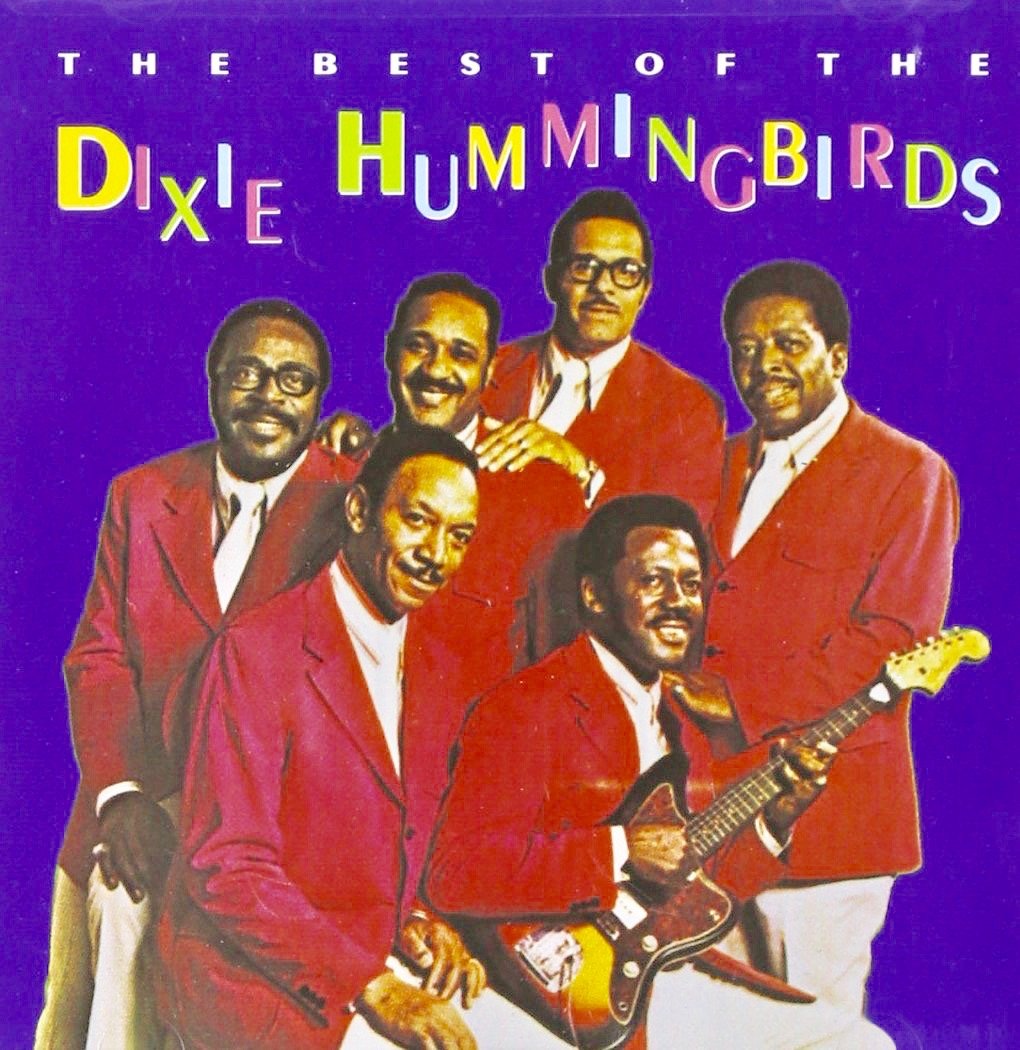 Mt. Airy minister Joe Williams was a member of the Dixie Hummingbirds, the oldest traveling gospel group in the country (started in 1928) that is now in the Guinness Book of World Records.
Previous Next
Posted Friday, October 2, 2020 9:55 am
by Len Lear

“The Green Book,” which won the Oscar for Best Picture of 2018, tells the story of Dr. Don Shirley, a world-class African-American pianist, who embarked on a concert tour of the Deep South in 1962 with the aid of a driver and bodyguard, “Tony Lip,” a tough-talking bouncer from a hardscrabble neighborhood in the Bronx. Based on a true story, the two were often forced to confront racism from cops and from “respectable” citizens in an era of rigid racial segregation.

For The Rev. Joe Williams, 81, pastor of Mt. Airy United Fellowship Church, a non-denominational tabernacle at 701 W. Johnson St. (formerly the site of a white Methodist church), this situation was “deja vu” and dug up painful memories. In 1964 Williams was asked to become a member of the Sons of the Dixie Hummingbirds, the opening act for the Dixie Hummingbirds, the oldest traveling gospel group in the country that is now in the Guinness Book of World Records. (Started in 1928, they are still performing around the country, although obviously there have been many personnel changes over the years.)

“The Green Book was a real thing,” recalled Williams. “It had the names and addresses of black families that we could stay with because we were not allowed to stay in hotels in the South. Many times, though, we had to eat in the car, sleep in the car and change clothes in the car. That is pretty hard when you have six men in the car. Sometimes, when we pulled in to a gas station, they refused to even sell us gas.

“Many times we were stopped by highway patrolmen simply because we were six black men in a nice car. Cops in the Deep South did not like that. Once we got lost in Alabama, though, and we had no choice but to stop two motorcycle cops and ask for directions. We got to talking, and we told the cops we were all ex-Marines. It turns out they were, too, and suddenly their whole demeanor changed dramatically. In fact, they were so impressed that we were ex-Marines that they gave us a police escort to the school where we would be singing. One guy at the school later said, 'If I had not seen it with my own eyes, I would not have believed it. White highway patrol cops in Alabama giving six black guys a police escort!'”

A native of North Philly and Northeast High School graduate, Joe was a member of the Presidential Honor Guard while in the Marines from 1956 to 1959. After returning to Philly, Joe worked for the SunRay Drug Company and then Pepsi Cola from 1960 to '64, where he became their first black sales manager and worked in a Park Avenue office in New York City. He made a promotional film for Pepsi, “The Philadelphia Story,” and took courses at the Philadelphia College of Bible in his off-hours.

In 1964 Joe quit Pepsi to go on the road with the Sons of the Dixie Hummingbirds, the actual real-life sons of the gospel group members except for Joe.

“We traveled the whole country, playing mostly churches and halls. We did not make much money. Our biggest audience was 3,000 people at the second Philadelphia Folk Festival.”

In 1983, after being on the road for 19 years with the “Sons,” Joe got a “promotion” when he was elevated to the original Dixie Hummingbirds. He was hired by founder James Davis Sr. and became the group's first new member in 35 years. (Davis started the group at age 14 and lived to be 93.) They sang all religious music except for their collaboration on Paul Simon's Grammy-winning record, “Love Me Like a Rock,” in 1973.

In 1983 CBS Sports got the Dixie Hummingbirds to do their music at halftime of the final game of the 76ers' championship series against the L.A. Lakers. The Sixers win, 115-108, “so we were a good luck charm, like Kate Smith singing 'God Bless America' for the Flyers. The Sixers had called me and said they wanted us to come and perform 'Moses Gonna Take Us to the Promised Land (a reference to the Sixers' center, Moses Malone). But there was no such song, so we had to make it up on the spot.”

Joe also sang in the first World Gospel Concert ever in Nice, France, in 1982. Grace Kelly's Flower Guild helped sponsor it. Joe stayed with the “Hummingbirds” for four years until 1987, when the endless touring became too much. He then went to Eastern Baptist Seminary part-time and also worked as a radio ad salesman for three local radio stations for 15 years till 2002. He also went to Graterford Prison every Tuesday night from 1973 to 1993 to train lifers to be gospel singers, and he became an ordained minister. Five years ago he started the Mt. Airy United Fellowship Church, which is currently conducting many of its programs via conference calls because of Covid-19.

“I am like a kid who was playing sandlot baseball and was asked by the Yankees to play on their team,” said Joe about his years of performing. “That's how I felt when I was asked to join the 'Sons.' I tell people that you have to stay at the plate to hit a home run. In other words, never give up on your dreams.”

Joe and his wife, Laverne, have been married for 59 years. They have one daughter, Cydney, 51, who owns an AirB&B in Atlanta and was the youngest D.J. in Philly when she was 23 at WDAS Radio. Joe and fellow “Hummingbirds” ex-member Howard Carroll are currently writing a book that will be titled “Fly with the 'Birds. Some of the Greatest Stories Never Told.”

For more information, call 215-813-1226. Len Lear can be reached at lenlear@chestnuthilllocal.com