Mark Lyons will read from “Homing,” sponsored by Big Blue Marble Bookstore, Sunday, Nov. 24, 4 to 6 p.m., at Nexus, 520 Carpenter Lane in Mt. Airy.[/caption] by Constance Garcia-Barrio Could it … 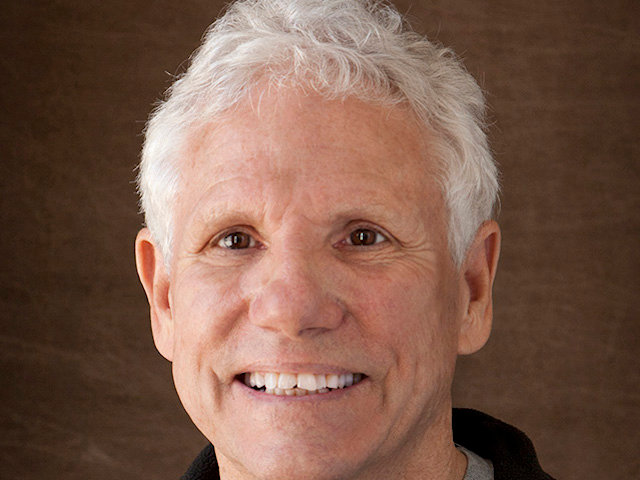 Could it be that forgiveness, like the best wines, reaches fullness with the years? One might come to that conclusion after reading “Homing,” a courageous memoir by Mt. Airy writer Mark Lyons, published this month by New Door Books of Philadelphia.

Lyons, 76, grew up playing in the orange groves of southern California, a place that seemed magical to him. But in his early teens, the times of him and his friends firing “greenies” (green oranges) at each other came crashing to an end.

The disintegration of Lyons’ family, which included his father, mother, older brother and younger sister, began one evening in 1957 when Lyons arrived home and found his mother terrified.

“Get a broom!” she urged him. “There’s someone under the bed.”

“See?” he said, on his knees, holding the broom by the handle and moving the head back and forth under the bed. “Nothing, not even the cat.”

That incident marked the start of Lyons’ mother imploding from a vibrant woman who founded a community theater and directed plays there to a recluse who became a prisoner of her illness.

“She was never alone for the last 35 years of her life, cared for by my father or hired strangers who sat with her in our living room … ” Lyons wrote in “Homing.” “At 79, her heart stopped; but in a sense that was a formality. She had lost heart many years before.”

His mother’s illness also meant losing his father, an aeronautical engineer. “My father and I couldn’t even play a game of catch on the lawn,” Lyons said, “because my mother would call my father back in the house, claiming that she needed something.”

Difficulties escalated when Lyons’ mother became sexually obsessed with him. In “Homing,” Lyons recalls the moment when, at age 14, he learned from his father about his mother’s desires.

“She’s afraid she is going to ask you to do something horrible,” his father said.

“Like take down your pants … or let her touch you … or ask you to do certain things.”

Lyons never had sexual contact with his mother, but his father sometimes banished him from the house to avoid triggering her. When Lyons felt especially lonely – his older brother had moved out of the house – or enraged, sometimes he took refuge in the garage of a friend, helping him to rebuild his '49 Studebaker. Then again, he would head for the pigeon coop, where he trained his birds to home.

At 17, Lyons escaped from his family’s suburban home on the edge of Orange County, but his past trailed him. In his 20s, he enjoyed success as a physician's assistant, working with migrant farm workers and in community health centers. However, relationships proved agonizing.

“I would get into relationships with women that were intense and meaningful to both of us, and then I would pull the plug,” he said. “I was afraid of repeating the suffocating and destructive relationship I saw my parents live out.”

Therapy in his 30s helped.

“One therapist, who may have saved my life, gave me assignments and goals, like spending a day or two with my parents without becoming enraged.”

Lyons made progress, but did not yet achieve full resolution.

“I still felt enmeshed with my mother, even after she died.”

“At 42, I learned to love Jeane Ann [Lyons’ wife of 34 years], to be with someone without recoiling and returning to the black hole of loneliness.”

But fears still hounded him. He felt relieved when the ultrasound showed that his first child would be a boy.

“I was afraid I might abuse a girl the way my mother abused me,” he said.

In his early 50s, Lyons began the memoir to reclaim his childhood and its safe moments and places. Two decades, with long breaks, allowed time for Lyons to see his mother with compassion, to forgive her and to recognize how she’d inspired his love of words, and in that way helped him to become a writer.

“Homing” explores the sometimes slow ripening of forgiveness and takes on the taboo of incest. Such honesty may be especially difficult for men, according to the National Association of Adult Survivors of Child Abuse. Men often respond by deciding to handle the emotions by themselves, NAASCA notes. Perhaps “Homing” will lead to more brave conversations about childhood sexual abuse as well as a realization that forgiveness, often helped along by therapy, may come in its own time.

Besides “Homing,” Lyons has written “Brief Eulogies at Roadside Shrines,” a collection of short stories, and other noteworthy books. He will read from “Homing,” sponsored by Big Blue Marble Bookstore, Sunday, Nov. 24, 4 to 6 p.m., at Nexus, 520 Carpenter Ln. in Mt. Airy. It’s free and open to the public, and refreshments will be served.