Kyla Schuller could not be more pleasant, upbeat, scholarly, unpretentious and delightful to chat with. In other words, she is the last person one would expect to be a lightning rod for controversy. 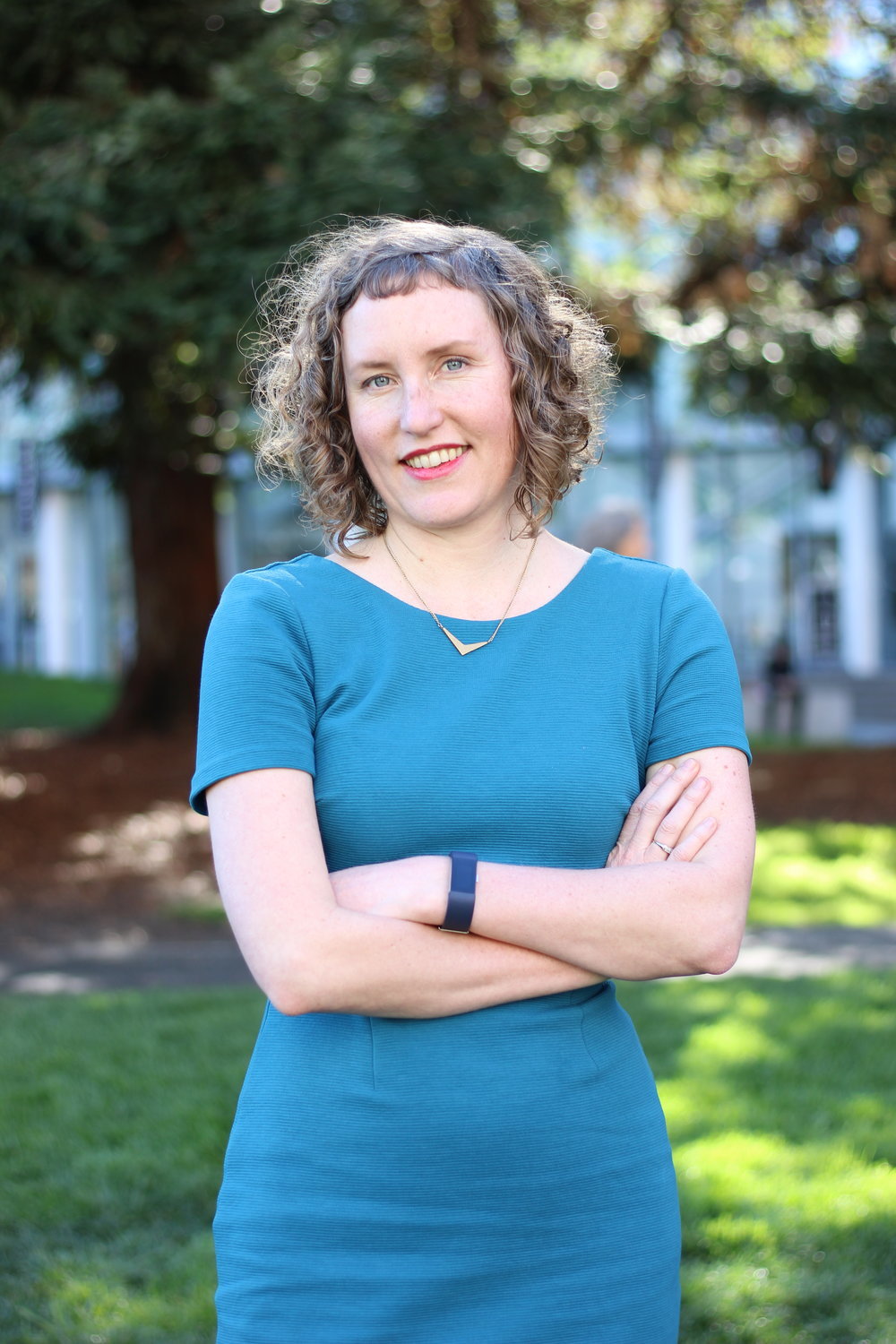 Controversial Mt. Airy author Kyla Schuller told us, “I love West Mt. Airy … I only wish I knew about West Mt. Airy 20 years ago. I would have come here then.” 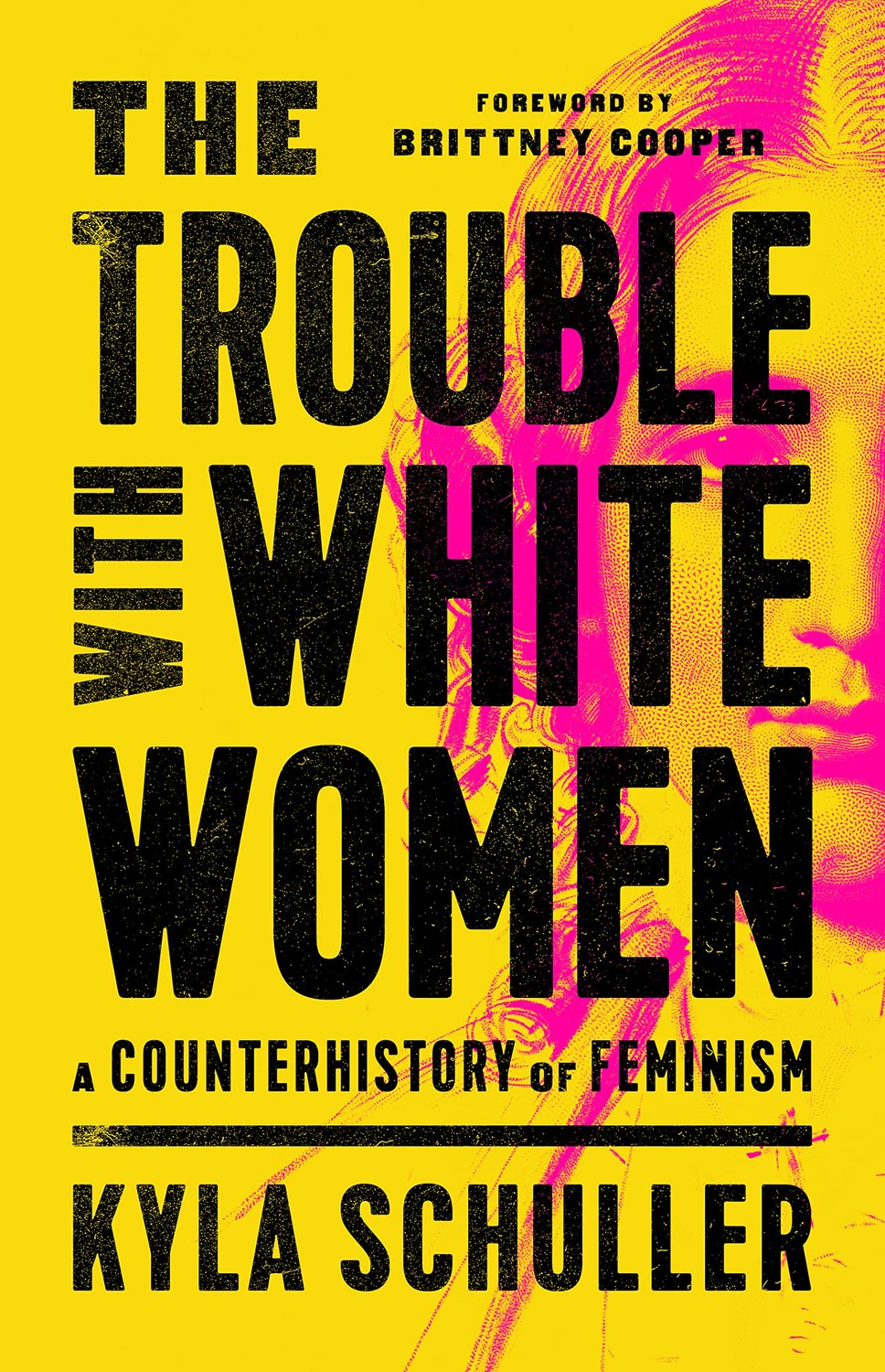 “The Trouble with White Women: A Counterhistory of Feminism” was just released by a major New York publisher in October.
Previous Next
Posted Thursday, December 2, 2021 6:00 am
by Len Lear

Kyla Schuller could not be more pleasant, upbeat, scholarly, unpretentious and delightful to chat with. In other words, she is the last person one would expect to be a lightning rod for controversy.

But the Ph.D Associate Professor of Women’s, Gender and Sexuality Studies and Faculty Director of the Women’s Global Health Leadership Certificate Program at Rutgers University’s  New Brunswick campus is also the author of “The Trouble with White Women: A Counterhistory of Feminism.” Published by Bold Type Books, an imprint of the Hachette Book Group, it just released in October.

The book, which Schuller will discuss in a remote event sponsored by Big Blue Marble bookstore on Wednesday, Dec. 8 at 8 p.m., has ignited a blaze of controversy in the academic community.

While the counterintuitive tome has received a plethora of full-throated raves, including one in the New York Times by Joan Morgan, director of the Center for Black Visual Culture at N.Y.U., there has also been some not-unexpected backlash, due in no small part to the book's provocative title. As of this writing, there have been 29 reviews posted on goodreads.com, the nation's largest book review website. Twenty-four of those reviews have been four or five stars, while the other five have been just one star.

How does Schuller feel about the suite of critical comments, both pro and con? “I was thrilled to see the New York Times review, of course,” she said last week. “I know that a couple one-star reviews on goodreads say I am a racist against whites when I, of course, want to dismantle all forms of racism and always have. I call for solidarity and organizing against all forms of structural and systemic racism that marginalize great groups of people.

“There is an analogy here to Critical Race Theory with so many politicians on the right attacking it, and they don't even know what it really means. The fact that there are so many of these attacks actually means that liberals on the left have been more successful in the past decade than before in getting this issue into the public dialogue.”

According to the publisher, “In 'The Trouble with White Women,' Schuller brings to life the 200 year counter history of Black, Indigenous, Latina, poor, queer and trans women pushing back against white feminists and uniting to dismantle systemic injustice … Unaware of these intersectional leaders, feminists have been led down the same dead-end alleys generation after generation, often working within the structures of racism, capitalism, homophobia and transphobia rather than against them.”

Schuller admits the issue is complicated and nuanced, but she insists that 19th century feminist icons like Susan B. Anthony and Elizabeth Cady Stanton were “not just accidentally racist but deliberately racist. Stanton, for example, wrote that she was a daughter of the Mayflower, and how dare they give the vote to black men after the Civil War when the vote was denied to white women. She was actually deliberately marginalizing those who had already been marginalized by the larger white male-run society. Many black women in the 19th century were pushing back, like Pauli Murray and Harriet Jacobs - that's why I call my book a 'counterhistory' - but they are little known and are not given the credit they deserve.”

Schuller is originally from Chico in Northern California, but loves West Mt. Airy. “It is very friendly and multi-ethnic, and as a queer woman, I love it. I am in Carpenter's Woods every day. I only wish I knew about West Mt. Airy 20 years ago. I would have come here then. When I was in California (she earned her doctorate in Literature from the University of California in San Diego in 2009), San Francisco, Berkeley and even Oakland all became too expensive to live there, being so close to Silicon Valley. And I love the fact that you can drive to Center City, and the whole drive is through sections of Fairmount Park.”

The only downside for Schuller in this area is that since 2013 she has had Lyme disease, which is often a blizzard of misfortune. “In October I was too weak to even walk out the front door,” she said. “I had to teach my classes remotely because of it. I'm better now because of herbs, rest, meditation and other factors that have helped my immune system. I also feel better around trees, one of my many reasons for the move to Mt. Airy.”