Empathy gained over a lifetime smoothed the way for Jill Gates Smith, 70, a long-time resident of Mt. Airy, to become outreach and administrative coordinator for Philly Families Read Together. 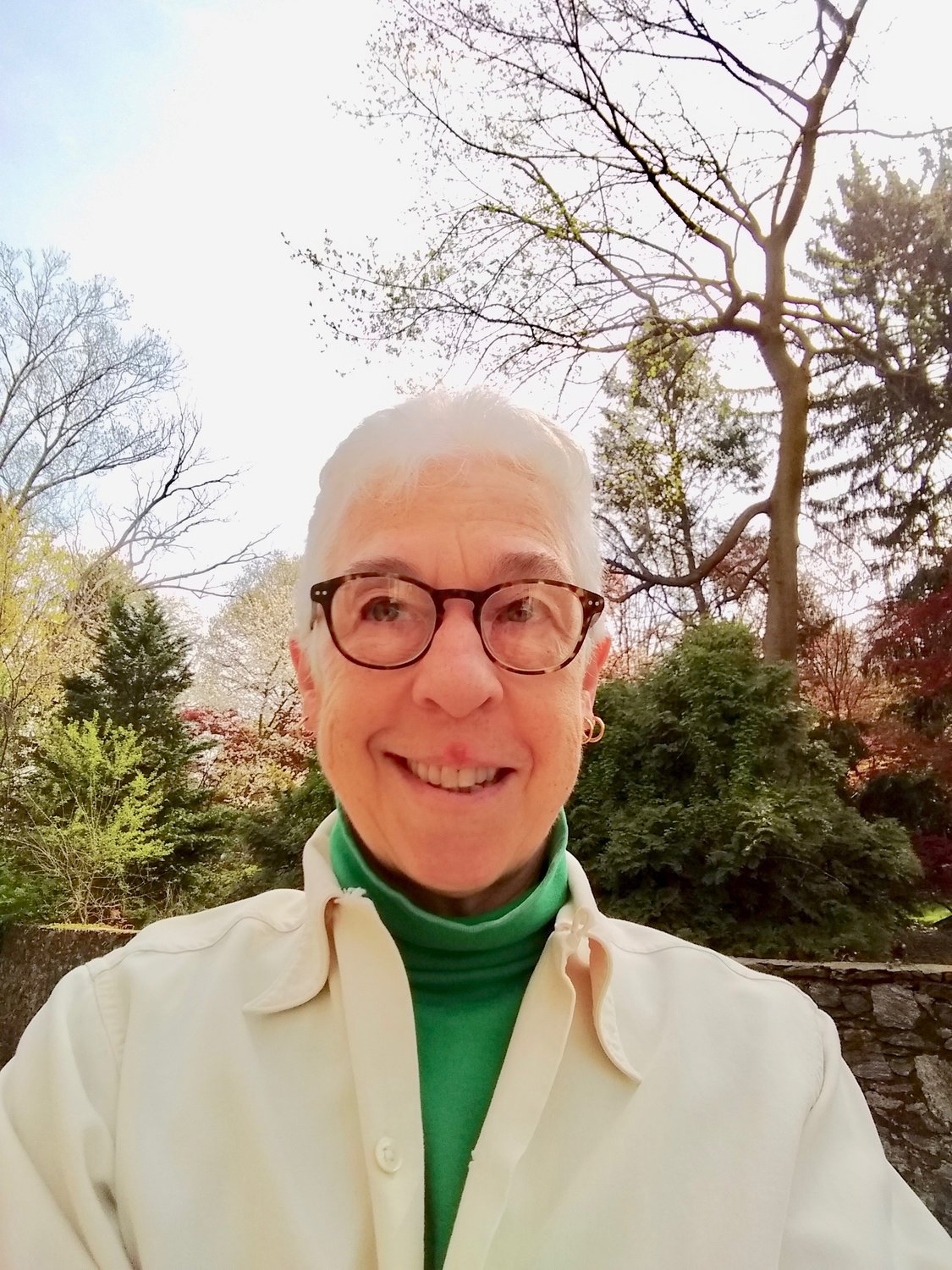 Jill Gates Smith, a long-time resident of Mt. Airy, is the outreach and administrative coordinator for Philly Families Read Together, which helps grandparents to enhance early reading experiences for their grandchildren. 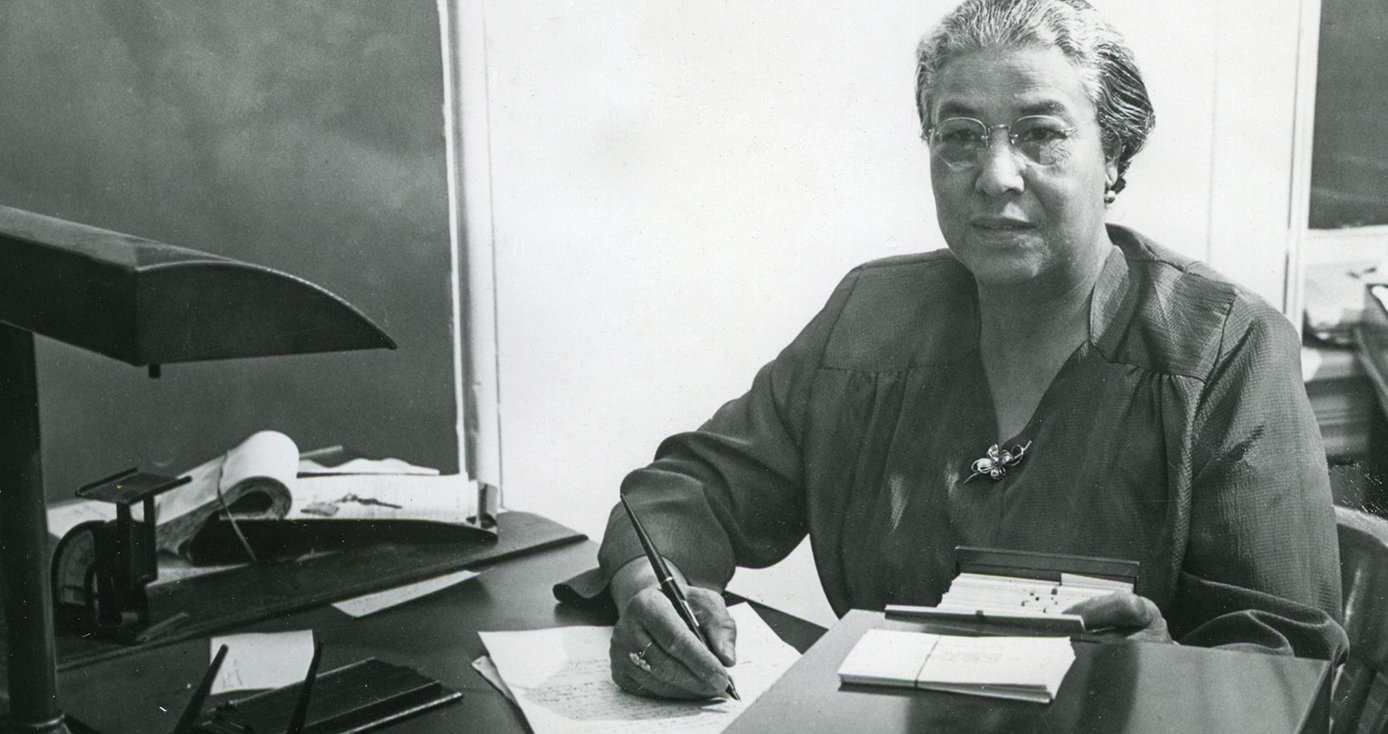 Smith met and was inspired by Ella P. Stewart (1893-1987), of Bowling Green, Ohio (seen here), a civil rights activist and one of the first Black American women pharmacists in the U.S.
Previous Next
Posted Friday, April 30, 2021 10:30 am
by Constance Garcia-Barrio

Empathy gained over a lifetime smoothed the way for Jill Gates Smith, 70, a long-time resident of Mt. Airy, to become outreach and administrative coordinator for Philly Families Read Together. The program, which guides a multi-racial mix of grandparents in how to enhance early reading experiences for their grandchildren, is a program of the Supportive Older Women’s Network (SOWN), a Philly nonprofit. SOWN offers peer counseling by phone and in person as well as educational workshops and resource referrals to grandparent-headed families, said Smith, who also edits “SOWN Together,” the group’s newsletter.

Years ago, serving such Black, white, and Latinx elders could have posed a challenge for Smith. “I was raised in Portland, Oregon,” says Smith, who has a sister and a brother. In spite of its apparent progressivism now, Portland was “The Whitest City in America,” according to some scholars and writer Alana Samuels in a July 22, 2016, article in The Atlantic, when Smith grew up there.

That upbringing left blind spots in Smith’s awareness. She became interested in women’s history and took a course at the University of Washington at Seattle that included America’s views of Black women. “I couldn’t believe the lecturer when she discussed some stereotypes of Black women,” said Smith, who has a BA in secondary education and English literature from the State University of New York at Cortland and an MA in history from Temple University.

Smith rejected the lecturer’s comments about the “Sapphire caricature,” which portrays Black women as loud, stubborn and malicious. (Readers of a certain age may recall the Amos ‘n’ Andy radio show, which later became a television program, that featured such a character. “The idea seemed far-fetched.”

Smith’s professional pursuits continued to give her a fuller picture of the trials and triumphs of Black women. In the early ‘80s, Smith took part in a research project that involved looking at the lives of women in northwestern Ohio. “I visited libraries and museums and consulted recipe books and correspondence to understand the lives of Ohio women in the past.”

Thanks to her travels, Smith met Ella P. Stewart (1893-1987) of Bowling Green, Ohio. Stewart, then in her 80s, presented another facet of Black women. “Ella was a civil rights activist and the first Black woman to graduate from the University of Pittsburgh’s School of Pharmacy,” Smith said. Stewart became one of the first Black American women pharmacists in the U.S., and she also fought to ensure enforcement of civil rights legislation.

In addition to traveling in the early ‘80s, Smith also took courses in archive management at Bowling Green State University. Equipped with that knowledge, she moved to Philadelphia and began working in the archives of what used to be the Medical College of Pennsylvania (MCP) in 1983. Founded in 1850 by Quakers as the Female Medical College, MCP was the first medical school in the world for women. “I helped researchers find materials,” said Smith, who was curator of photographs.

The position further broadened her outlook. “I learned about Black women students who became physicians,” Smith said. One such doctor, Eliza Grier [1864-1902], is mentioned in “Deep Rivers,” a tour that highlights Black history at the Ebenezer Maxwell Mansion in Germantown. Grier alternated a year of study with a year of picking cotton to pay for her medical school tuition.

“I also had the privilege of working with Margaret Jerrido, an archivist at MCP who later served as the archivist at Temple University,” Smith said. “I’m grateful for what I learned from her.”

Smith gave a presentation about the MCP archives at the Mayo Clinic in Rochester, Minnesota. Later, Smith also gave tours of Johnson House in Germantown for a few years “and read, read, read histories and stories of enslaved people, freed people and people who were considered fugitives” to gain understanding.

After working at MCP, Smith had positions as a tutor, GED instructor, writing teacher, technical writer and trainer in the Mayor’s Office of Adult Education that put her in touch with people from different backgrounds before she joined SOWN.

Philadelphia has at least 17,000 grandparent-headed households, Smith pointed out. The children’s parents may be grappling with illness, incarceration, addiction or other situations that prevent them from rearing their children. "About 63 percent of our clients are Black,” Smith said. “I brought a deeper understanding of clients’ needs to SOWN because of my previous experiences.”

SOWN seeks donations for its programs, including Philly Families Read Together, as well as volunteers experienced in leading small support groups. For more information, visit SOWN.org or call 215-487-3000.