As trash piled up last year, people realized they could reduce the load by composting. Bennett Composting sometimes made up to 4,000 stops a week. 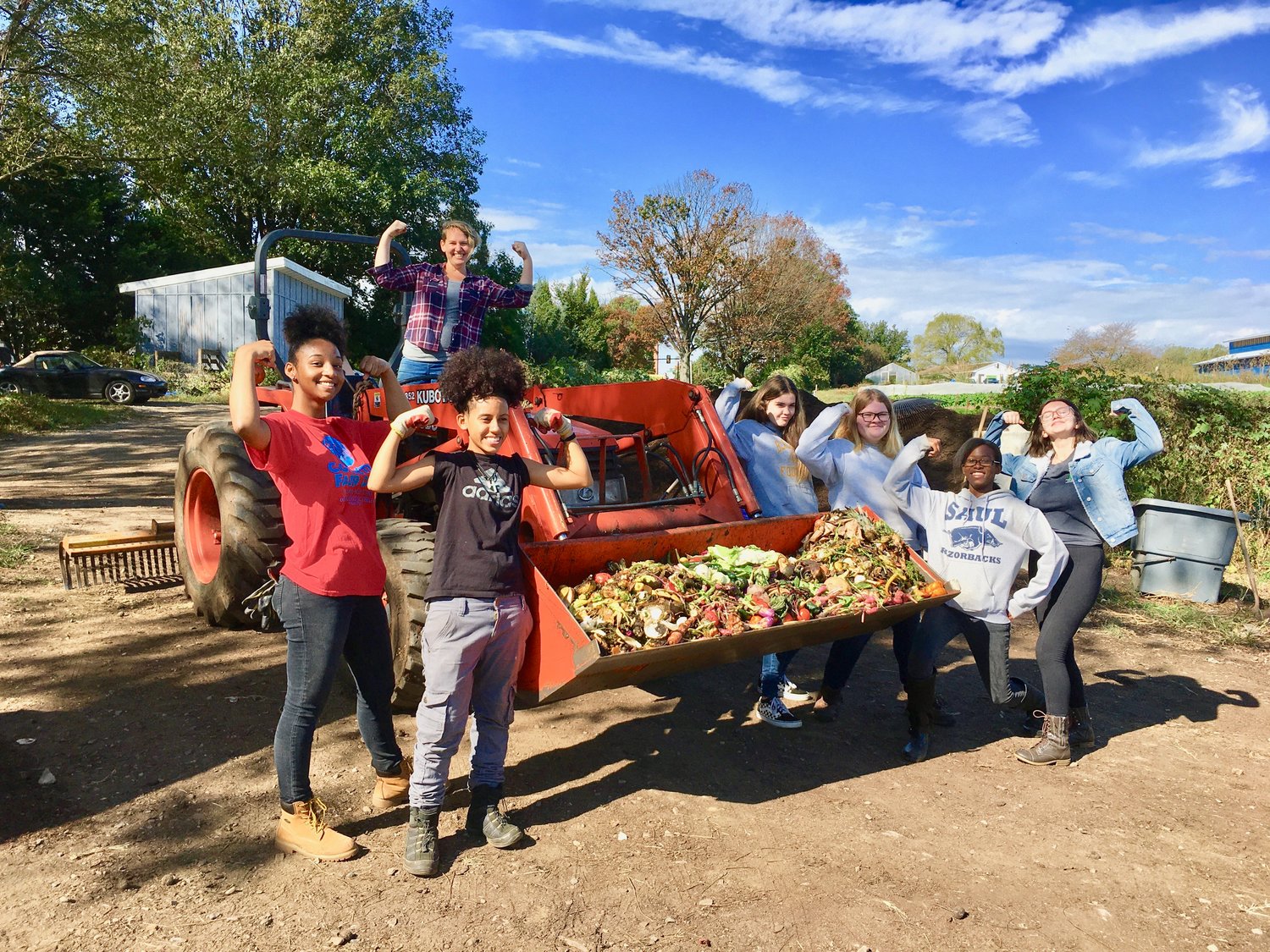 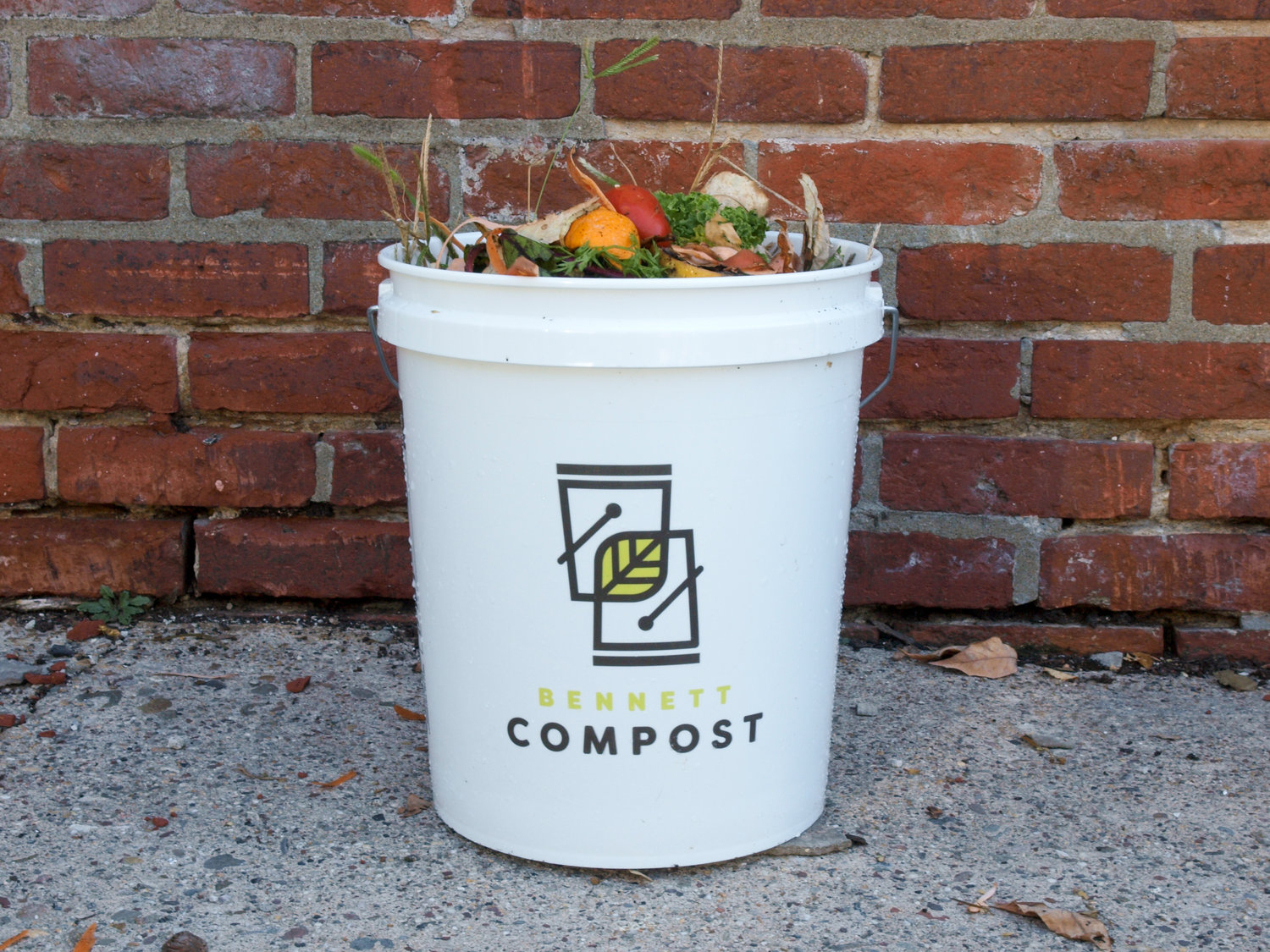 Instead of degrading the environment with organic waste products, Bennett Compost collects them in these buckets, and they are turned into compost at a city-owned facility on Rising Sun Avenue. (Photo by Jenny Lynn Photography)
Previous Next
Posted Wednesday, July 14, 2021 10:00 am
by Elspeth Lodge

For people living in the city, the logistics of composting, recycling organics to create fertilizer, can seem like a challenge. But Bennett Compost is helping local residents see that it is a possible endeavor for local communities and that composting, which can help fight climate change and food waste, can be easy.

The challenge of making composting simple for locals was tackled by Tim Bennett, who founded Bennett Compost in 2009. He was living in a second-story apartment in South Philadelphia, considering composting and realized there was a space for a business that could make it easy in a city environment: “It’s a really straightforward idea, to recycle organics, even though it’s not done in many cities,” said Jennifer Mastalerz, East Mt. Airy resident who became co-owner of Bennett Compost in 2018. “Having food that you’re able to break down, to create something that goes back into the soil, which helps grow food again in a better way, is something that makes so much sense to me.”

The company flourished throughout the COVID-19 pandemic. At first, business stayed steady, and then Bennett saw an increase in sign-ups for their service, peaking last summer: “With the trash issues that were happening, people realized that if they remove organics from their waste streams, then it becomes less smelly, and you can consolidate and make less trash,” said Mastalerz.

Employees use both bikes and vehicles to collect organic waste, sometimes making up to 4,000 stops a week, according to the company site. Buckets of organic waste are emptied into larger containers, which are then transferred to the Bennett site owned by the city in the lower Northeast. Bennett partners with farms near the city to process the organic waste collected, creating the compost that they return to their customers, sell and use to create soil blends.

Mastalerz said that their over 5,000-person customer base “sees value in purchasing a consumer product that they helped create.” The company aims to market their products to the customer base, which helped create the products with their scraps. For the past two springs, customers who use the service were given up to 10 free gallons of finished compost to use in their own gardens, and they could get more for discounted prices.

Aside from home-based customers, the company also works with Weavers Way Co-op and their farmers: “They buy our potting mix to do all their soils, plant starts and seedlings, and that's another market we would love to get into more, working with other local farms to use our products,” said Mastalerz.

Bennett’s relationship with the city of Philadelphia, which owns their location at 5650 Rising Sun Ave., started last October. “In exchange, we're working with them to develop a permit to do processing at an urban scale,” said Mastalerz.

A fairly new venture of Bennett Compost is creating soil blends: “A lot of people don’t know that we offer high-quality soil products,” said Mastalerz. Their potting mix is created with “container gardening in mind.”

A company goal for 2022 is to work with local retailers to offer a bulk selection of soils. People could bring containers to fill with soil blends and compost. Alternatively, customers could use a bucket on site by paying a refundable bucket deposit and then returning the bucket. “We feel strongly about not contributing to the amount of single-use plastics that exist in our world right now,” said Jennifer.

A Drexel architecture major, Mastalerz transitioned into composting in 2010. She started as a driver for Philly Compost and worked her way up until the owner went out of business. She was later noticed by Tim Bennett, and the two eventually began working together.

Emilie Lapham, who has authored an article on composting for the Chestnut Hill Conservancy and is a member of many local and national garden organizations, sees the benefits of keeping composting local: “I don't really like trekking off and buying something that comes from maybe another country to embellish my garden,” she said. “I'd rather use what we have right here in the kitchen.”