When Meghan Cary’s fiance Matthew Black died, she was only 26 years old and she could barely play guitar. 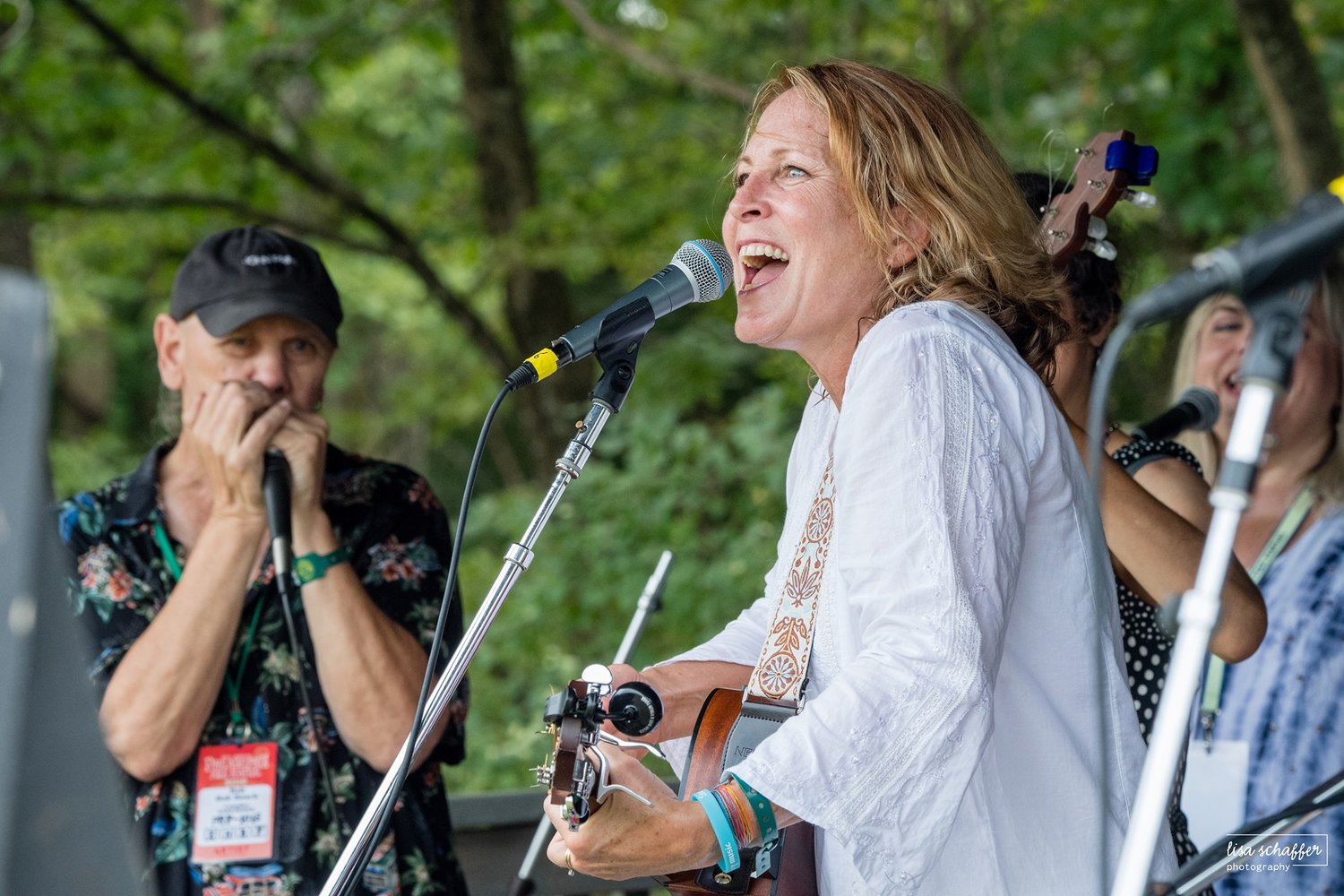 Meghan Cary with Analog Gypsies will headline the next edition of the Pastorius Park Summer Concert Series at 7:30 p.m. on July 20 in Pastorius Park. The event is sponsored by Chestnut Hill Hospital.
Posted Thursday, July 14, 2022 12:00 am
by Tom Beck

When Meghan Cary’s fiance Matthew Black died, she was only 26 years old and she could barely play guitar.

But Cary, who will perform with her group Analog Gypsies at next week’s free Pastorius Park Summer Concert Series event sponsored by Chestnut Hill Hospital, felt moved to turn her overwhelming grief into something constructive. She picked up Black’s old guitar and decided to figure it out.

“I basically put my fingers on the strings,” she said, “and was like ‘Does this sound good?’”

Cary persevered and eventually started a band, which released a debut album, entitled “New Shoes,” in 1998. Nearly 20 years later, in 2017, she put out her most recent album, “Sing Louder. On it,” Cary again uses her knack for taking bad situations and creating something beautiful out of them. Take “Responsibility,” for instance, a song Cary wrote that deals with the realities homeless mothers face in large cities.

“But now where do I go with this responsibility?” Cary croons on the song. “Who do I turn to to set my conscience free?”

Cary says inspiration for her music comes from “the stories that surround me.”

“It’s evolved so much since I first started writing when I wrote about grief,” she said. “I still write from how I experience the world because I think everybody can relate to that because we’re all humans.”

The grief can sometimes poke its way through in Cary’s live performances. Her audiences can expect to laugh, she told the Local, but “there might be some tears,” she said, “because sometimes that’s just what we need.”

For the Pastorius Park concert, Cary continued, attendees can expect inviting harmonies that encourage the audience to sing along. Cary describes her performance as “an emotional ride.”

Perhaps the reason that Cary is so adept at conveying emotion is because of her background as an actor. Before moving to Chestnut Hill in 2007, she lived in New York City where she worked primarily as an actor. (In 2008, she moved out of Chestnut Hill into neighboring Erdenheim, where she still lives today.)

“When I started writing and performing music it was all about having a start-to-finish journey that my audience could go along with with me,” she said. “It was my instinct as a performer. The audience really liked being taken on a journey.”

Cary likes to talk and tell stories so often during her performances that she decided to turn her between-song-chats into a 35-page book. It’s called “Sing Louder: The Stories Behind the Songs.”

“I wanted to write down these songs and their stories and share them with people so they could have them with the album,” Cary said. “It’s a deep dive into the stories that inspired the songs, and, in some cases, the stories that happened because of the song.”

At the Pastorius show, concert-goers will have the opportunity to listen to some of Cary’s new material, which has yet to be released. Much of it was inspired by events that happened during the pandemic,including the death of Cary’s mother. She documents her loss in a track she’s tentatively calling “A Song For My Mom.”

“I lost her during the pandemic,” Cary said. “The song is a celebration of her incredibleness.”

Part of what made her mom so incredible, Cary argued, was her dedication to advocating for women’s rights.

“She was a fabulous mom,” Cary said, “and she was always out there trying to change the world and make sure we’re able to do more than just stay at home and raise kids.”

The concert starts at 7:30 p.m. on July 20. For more information, visit chestnuthill.org.