Dogs running off leash at Pastorius Park have long been a source of complaint. But the practice is sparking new controversy as neighbors debate the possibility of a dog run. 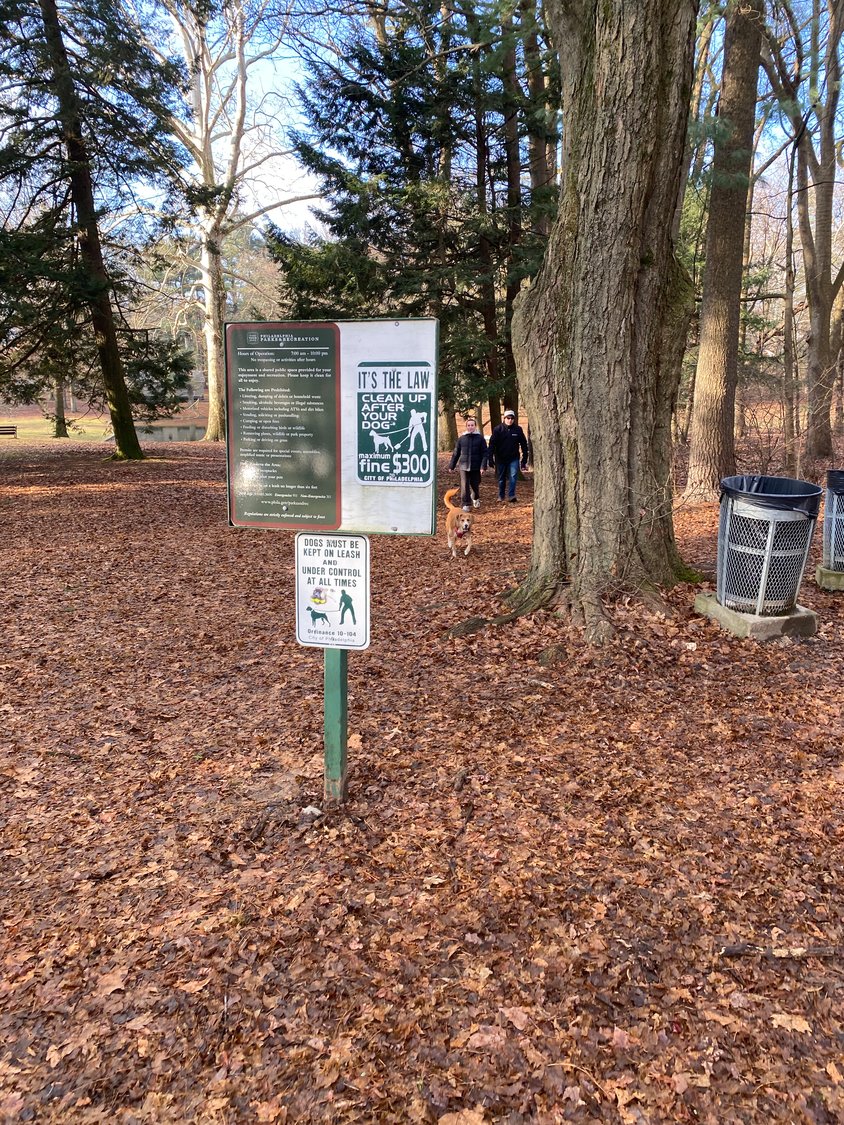 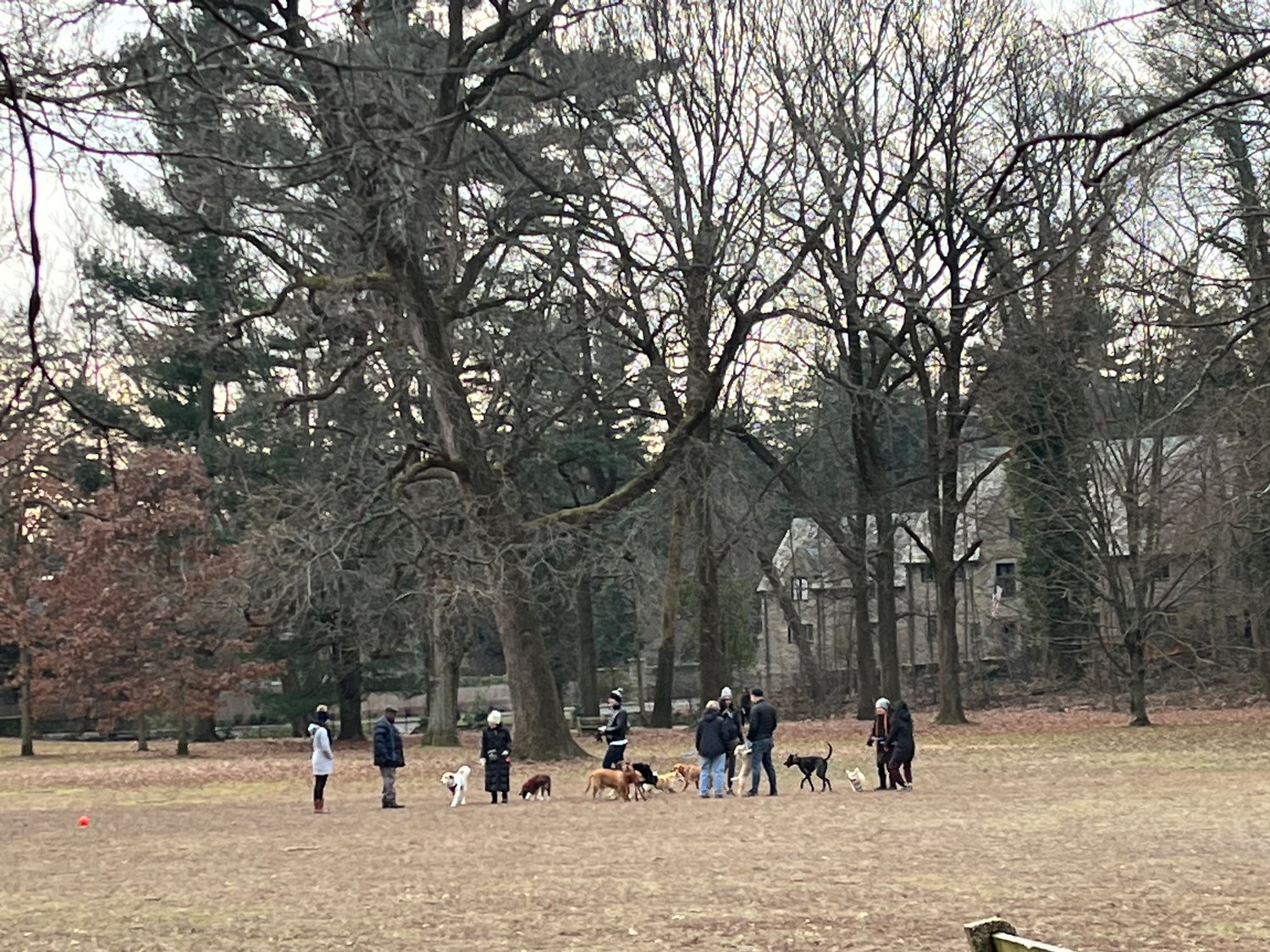 Dogs running off leash at Pastorius Park have long been a source of complaint. But the practice is sparking new controversy as neighbors debate the possibility of installing an actual dog run on social media.

“People who have dogs feel their dog is friendly and can be off leash and be fine,” said Joyce Lenhardt, a Chestnut Hill resident. “They just don’t recognize that not everybody feels that way.”

Chestnut Hill resident William Kells is one example. A year and a half ago, his son, who was about a year old at the time, was approached by an excited and unleashed golden retriever puppy. The dog was friendly, Kells said, and simply wanted to play. But Kells’ son was standing on the edge of Pastorius’ man-made pond, and the puppy inadvertently knocked the child into it.

Luckily for the Kellses, the pond had been drained at the time, but Kells’ son fell about four feet onto the pond’s concrete floor. He had no serious injuries – just a few scratches that went away in a week or two. But the event still traumatized the boy’s parents, who “shuddered” at what could have happened had the pond not been drained.

“Danger doesn’t necessarily come from dogs who are going to attack kids,” said Kells in a phone call with the Local. “Dog owners think ‘My dog is great with kids,’ and that’s where the potential for injury happens.”

Discussion about Chestnut Hill’s lack of a dog park is one that’s been deliberated for years. In 2016, Chestnut Hill resident Caroline Estey King was involved in an altercation with a dog that was considerably more violent. While visiting the park with her leashed dog, she was attacked by a pit bull who bit her three times. The bites sent her to the hospital where she had to be vaccinated for rabies.

“I think it was one of the more egregious situations,” King said in a phone interview. “The dog came up to me in what I thought was a friendly way so I bent down to pet him and he just leapt up and bit me on the face and again on the arm when I pushed him away.”

To this day, King doesn’t take her dog to Pastorius.

“It doesn’t happen often,” King said, “but there are bites and I can hear shouting and barking. There are dogs running into the street. It’s kind of a mess over there.”

A Philadelphia Police Department spokesperson told the Local the department  doesn’t keep a database of dog attack incidents or citations given for off leash dogs.

Residents interviewed by the Local agreed that dog owners should be more responsible with their pets and leash them when visiting Pastorius Park. But they also agreed that the city’s law against unleashed dogs is hard to enforce.

“After the incident with my son I would start asking unleashed dog owners to leash their dogs when I was at the park,” Kells said. “I’d try to be polite and non-confrontational.”

But his requests were often met with words not suitable for printing in this newspaper.

“I thought I would get a lot better responses than I did,” he said, disappointedly. “People would tell me to ‘F off’ and ‘mind my own business.’”

A representative for the 14th Police District told the Local that dog owners who walk their dogs without a leash in Pastorius Park are subject to a  $25 fine via a code violation notice (CVN), which is the same type of ticket given out for other quality of life issues like public drinking or littering. Unlike some other CVNs, walking a dog off leash does not require a warning to be issued before the ticket is written.

The problem is generational, Kells believes. Older Chestnut Hill residents tend to think of Pastorius Park as a dog park even though it’s not. This is despite the fact that signs posted at each park entrance state that all dogs must be leashed.

“My wife grew up in the neighborhood,” he said, “and her parents say ‘We don’t go to that park; it's a dog park.’ And they lived here for 50 years.”

“It got onto social media that Pastorius Park was a dog park,” she told the Local in an interview. “It’s not a dog park.”

Anne McNiff, executive director of the Chestnut Hill Community Association, told the Local that the civic association is not supportive of a dog run in Pastorius Park.

“However,” she wrote in an email, “the problem of dogs off leash and how it impacts the entire community is something that needs to be addressed.”

Specifically, McNiff said, factors such as current park regulations, other potential locations in the neighborhood and what a dog run could look like should be up for discussion.

“It’s a many-faceted problem,” McNiff said. “I have offered to coordinate a meeting of interested community members with input from representatives from Philadelphia Parks & Recreation to determine how this issue might be resolved.”

Some, including Kells, see a fenced-in dog run in Pastorius Park as a potential solution. But for others, a dog run would simply ruin the landscape of the park, especially given its historic nature.

“If you see the newer trees and native plants that have been planted [in Pastorius Park recently], the experience that goes into all four entrances is going to be quite different if you put in a fenced-in area,” like a dog park, Gardner said. “There’s an intangible value to open passive greenspaces.”

As a result, she said, a dog run in Pastorius Park would be unsightly.

“It’s just antithetical to the nature and history of the park,” she explained. She emphasized “the beauty of the park without any interruptions.”

As a result, the Friends of Pastorius Park group doesn’t support any utilitarian structures in the park, including dog runs, especially considering the park’s ongoing restoration work – into which Friends group members have put a lot of time, money and effort.

Lori Salganicoff, executive director of the Chestnut Hill Conservancy, noted that it is in Chestnut Hill’s character to have big open spaces without any fencing.

“People’s houses often don’t have fences in Chestnut Hill,” Salganicoff said. “It’s this concept that was promoted and maintained about our shared open space…and for that reason it’s problematic.”

Location aside, the question of who would take care of the dog park, or spearhead an effort to create one, appears to be unanswered. No organization or person the Local spoke to seemed to suggest they were willing to seriously consider taking on such a project.

“There’s a whole litany of regulations and rules that comes with setting up a dog park,” said Laura Lucas, chair of the CHCA’s Greenspace Initiative. It’s a bit more complicated than the public is aware of.”

A city spokesperson couldn’t definitively say when the last time that a dog run was formally requested for Chestnut Hill - something that easily can be done by submitting a proposal to parksandrecreation@phila.gov. However, she said it’s been at least a “few years.”

Lucas said the idea to put a dog park near Chestnut Hill’s southern border with Mt. Airy near the train trestle has been floated in a Greenspace Initiative meeting. But her group isn’t actively pursuing the idea. She dismissed it as “just an idea” that had been mentioned once.

But Lucas, like Kells, sees unleashed dogs as a regular issue at Pastorius Park. She won’t take her own dog to the park.

“It’s simply too much to have dogs running around and people on their phones and not taking action,” she said. “There are a lot of big dogs just running amok.”

Gardner, however, doesn’t see it that way.

“How many horrific instances happen at the park? They seem to be occasional,” she said. “I do not see this dystopia that a lot of people describe. I see random instances of people being irresponsible…It’s the inattentive owner who is the issue here.”