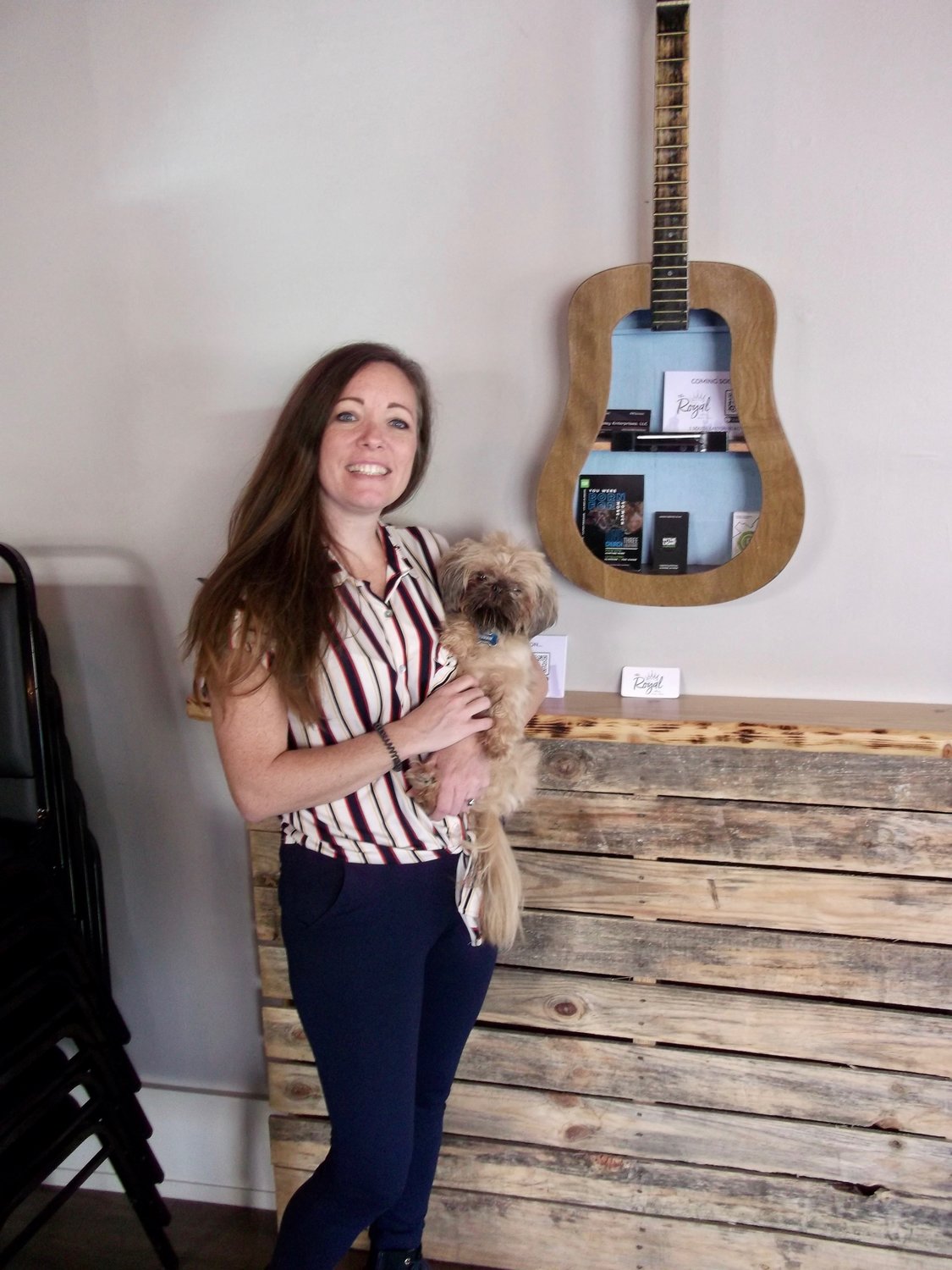 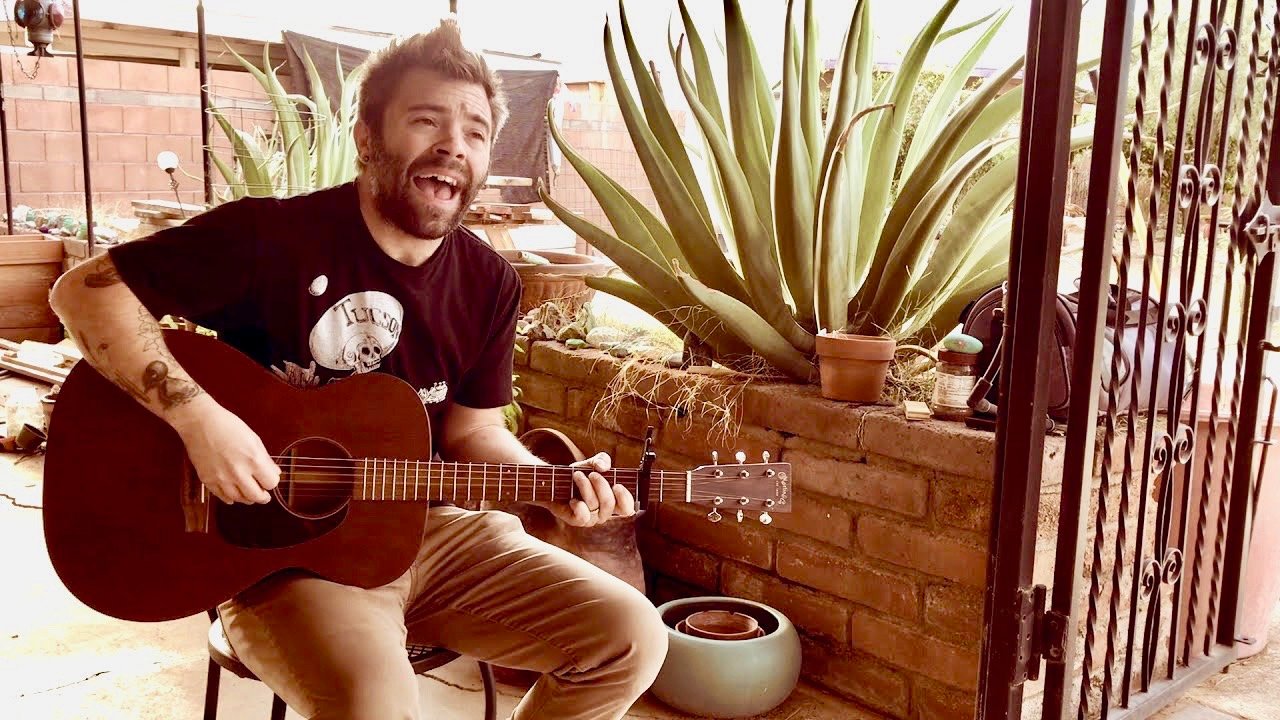 Every music aficionado in this area knows about the Keswick Theater, a Tudor Revival style, 93-year-old building that started life as a vaudeville hall and now seats more than 1,300 people, attracting nationally known performers.

Well, there is a new musical kid in town that is as different from the Keswick as lightning is from a lightning bug. On Sept. 18 a new 100-seat music, comedy and private event venue, The Royal Glenside, opened at 1 South Easton Rd. in Glenside. Unlike the Keswick, it is open to all Philadelphia area performers, no matter their degree of experience or genre of music.

The Royal Glenside is the creation of two local musicians, Bridgett Gordon, who is also a legal assistant, and Jerry Clarke, who is also an attorney and accountant. The property was previously called The Homestead, also a music venue, but that was a casualty of the pandemic.

“The landlord told us he was possibly going to put a pet store in here,” said Gordon, who has a classic rock “cover” band called The Stinks. “But it was important for us to provide a place for bands who are not famous. There is a lot of talent in this area. We've had an Irish band, Christian rock and acoustic solo. We have had requests for Latin bands. On Nov. 6 we had a Grateful Dead cover band, Jason's Children. (Lead singer Jason lives in Flourtown.) We are open to every kind of music. And every live show has also been live-streaming on Facebook and YouTube for no charge.”

Gordon grew up in Frankford and now lives in Fox Chase, while Clarke grew up in Olney and is now in Glenside. A Little Flower High School alumna and Temple University music major, Gordon has been playing drums since age 8. A classically trained percussionist, she is also taking paralegal classes at Community College of Philadelphia (just in case the music thing does not work out). The mother of two children, 10 and 6, she has played in community orchestras and in the “pit” for musical theater. “I always wanted to be on stage, but instead I wound up 'under' the stage,” she quipped.

“I could not count all the hours we put into this place to get it ready for the public. With every show we learn something new. For example, we found that it's a struggle to have loud music in a small space. Our sound engineer, Brent Hoyer, is working on that. We will put up sound panels and curtains.” (There are some panels on the wall now.)

The first music performance on Sept. 18 featured eight local bands. Peter Ronstadt, nephew of famed pop star Linda Ronstadt, played there on Sept. 19. The Stinks played in a performance they titled “Love Stinks” (but the music did not). The first private party (on the second floor, which is also a yoga studio) was held on Oct. 29. It was a 50-year grade school reunion.

Nov. 18 will be the first Comedy Night, after which Gordon and Clarke plan to have local stand-up comics (or acoustic music) every Thursday night. "I am really excited and grateful to The Royal Glenside for working with the comedy community to bring the great talent that resides in the Philadelphia region to this fantastic venue and location,” said stand-up comic Marc Kay, who recently got lots of laughs at Mermaid Inn in Chestnut Hill and who insists he was named “People's Sexiest Man of the Year, 2021.” (He would not say which “People.”)

Every Wednesday at Royal Glenside is Open Mic Night for poetry, comedy, and music, with no cover charge. On Friday and Saturday night there are live bands downstairs and “Royal Events” upstairs. The Ways, a Glenside brewpub, bring in kegs of beer for all weekend shows and Open Mic Nights. People can also bring their own liquor, wine and food. The cover charge on weekends depends on the band, usually from $12 to $20. On Dec. 2 the music of “The Last Waltz” will be played, with all proceeds going to the ALS Hope Foundation Fund.

A mural artist drew wonderful likenesses of iconic rockers like Bob Dylan, Bruce Springsteen, the Grateful Dead and the Beatles on the walls, along with lyrics from some of their most famous songs. “There is a lot going on here,” said Gordon, “I am my own boss now, and that is a beautiful thing.”

For more information: 610-220-2071 or theroyalglenside.com. Len Lear can be reached at lenlear@chestnuthilllocal.com