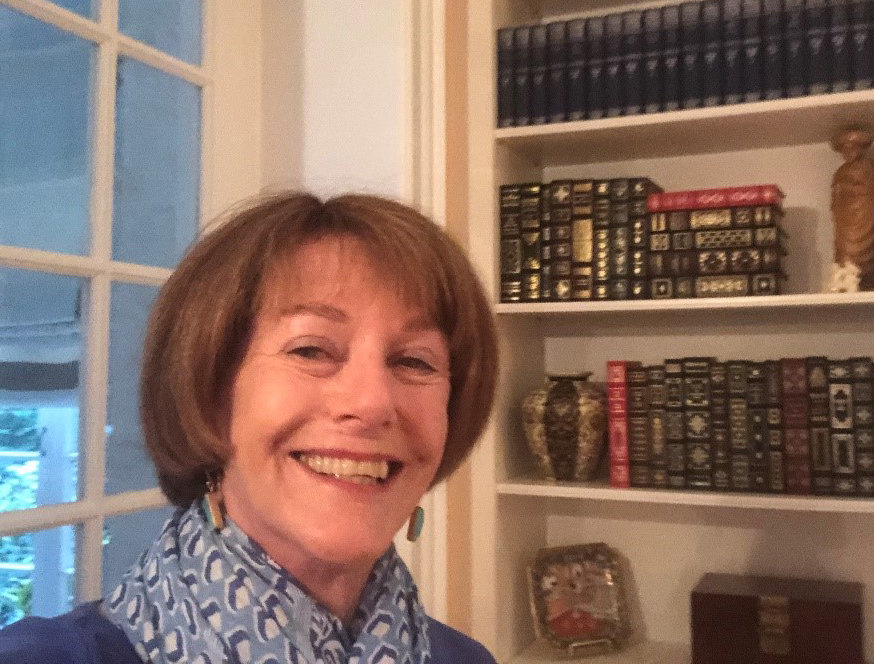 Last month, the Chestnut Hill Community Association elected a new president, Kathi Clayton, a retired logistics company CEO and entrepreneurship professor, who took over the organization’s chief leadership role from Laura Lucas, who had served as president for the past four years. For Clayton, the main thing she hopes to do is keep on what she said was a successful path under Lucas.

“We should acknowledge that the Community Association had has had many successes in the last few years, and Laura Lucas was a good president,” Clayton said. “She worked tirelessly on for the community. I think that she is a hard act to follow.”

Clayton moved to Chestnut Hill about six years ago from Rose Valley, a small borough near Swarthmore.

”I was drawn by the village-like atmosphere, the ability to walk to shops,” she said. “And the proximity to one of our sons and daughter-in-law who have two children. And a home large enough for the rest of the family when they come to visit.”

Clayton’s entre to the CHCA began when she signed up to volunteer at the organization’s events. That quickly grew into a larger role after she was elected to the CHCA’s board three years ago and last year co-chaired its annual appeal

The CHCA isn’t Clayton’s only volunteer occupation. She is also on the board of the Council on Brain Injury and volunteers at Julia de Burgos, a bilingual elementary school in North Philadelphia where she is a reading buddy” for the school’s kindergarten.

“I've always believed in supporting and being involved in your community,” she said. Clayton said she wasn’t necessarily seeking out the role of the presidency of the CHCA but said she thinks such service is important. Volunteering is part of being in a community.

“I think that it's important to be involved,” she said. “And during this time of Covid-19, it's even more important, I believe, to feel connections to other people. I am interested in working with other people on the board and in the community to foster those connections.”

Like nearly every other facet of life, the CHCA’s activities have been dramatically curtailed by Covid-19. The organization was forced to suspend its appeal for donations in March. The recently launched Passport to Chestnut Hill membership program had considerable success at getting new members but was suddenly disrupted by the pandemic. Despite the interruption, Clayton said the CHCA’s position is “stable.”

“Like most other organizations our finances have taken a hit because of Covid-19,” she said. “The CHCA has taken steps to cut expenses, while still providing services to the community, which is challenging for all organizations. My focus during the next few months is to continue building connections with and among community members at large.”

Anne McNiff, the CHCA’s executive director, told the Local that a combination of factors has kept the CHCA’s position stable. While it hasn’t been able to host events in order to raise funds, it also hasn’t had to spend the money required to host those events. She said the events the CHCA did host late last year, the Holiday House Tour and its Black and White Gala, both which put the organization at a fiscal advantage (The CHCA’s fiscal year runs from July to June).

The CHCA plans to restart its funding appeal in October.

Clayton’s focus is going to be on how to move forward with events, both as ways to continue to raise money for the CHCA but also to provide the vital service of providing community.

“I think that we have to, as a board and interested community members have to have a multifaceted approach,” she said. “That will be part digital, more social media and virtual presentations and entertainment. We want it to be valued enough, you know, to sustain and increase awareness of membership. And also to continue to build community. Our motto is building community together. That’s what we hope to continue to do.”