The Crefeld School has purchased the Greylock estate’s original gatehouse at 8835 Crefeld St. for $1.2 million in a private sale, giving it direct access to the Wissahickon. 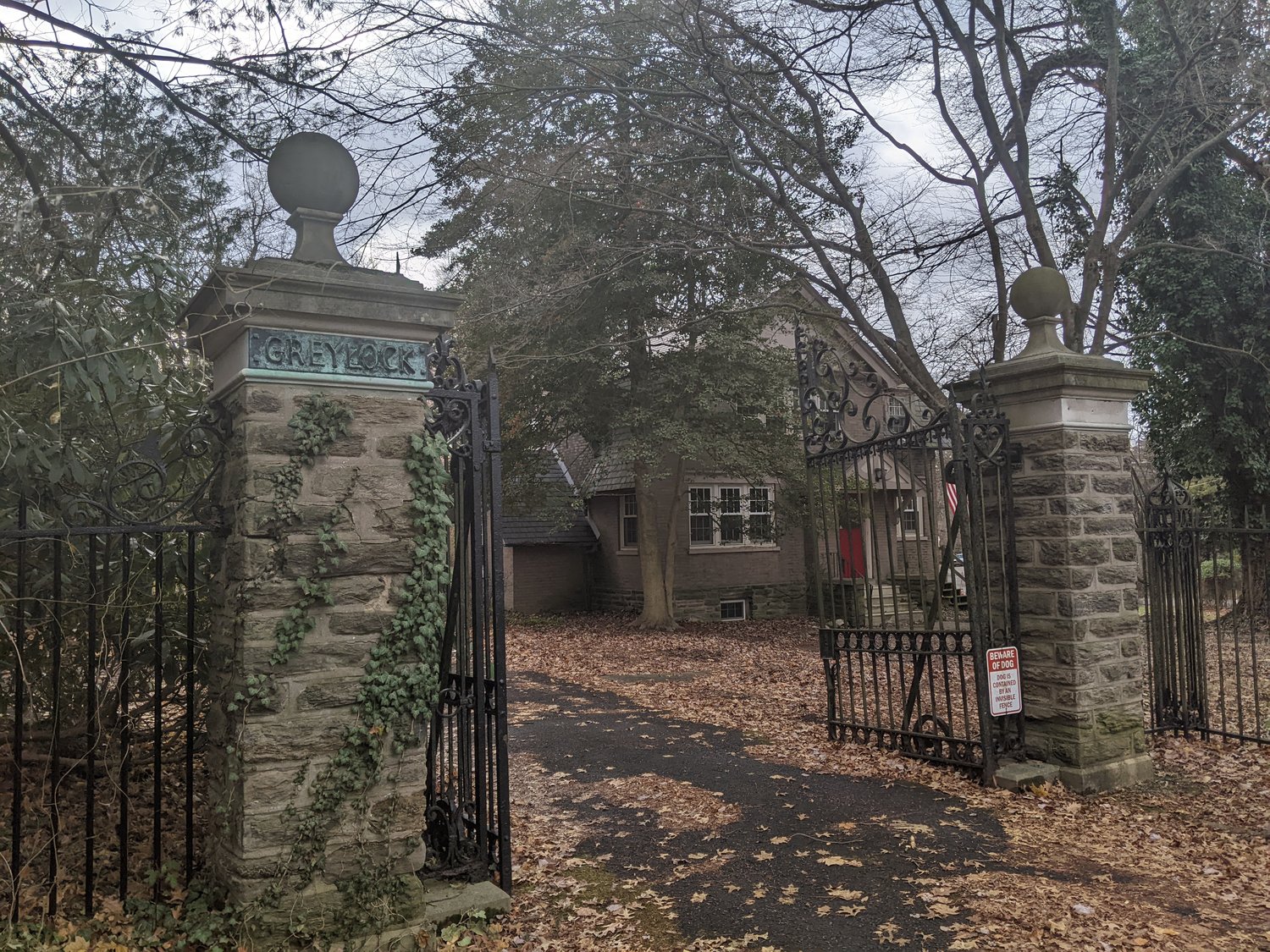 The original Greylock gatehouse at 8835 Crefeld St. is sandwiched between Crefeld School and the Wissahickon.
Posted Wednesday, December 14, 2022 12:00 am
by Carla Robinson

The Crefeld School has purchased the Greylock estate’s original gatehouse at 8838 Crefeld St. for $1.2 million in a private sale, giving it direct access to the Wissahickon and permanently closing off a potential secondary access to the sx-acre property, where the historic mansion and its carriage house have been sitting empty and gutted for years.

The gatehouse, a 1,750-square-foot building on about ¾ of an acre, has been a separate residentially zoned property since 1948. Since then, access to Greylock has been through what was once its rear entrance, the driveway at 209 W. Chestnut Hill Ave.

But according to Crefeld’s Head of School George Zeleznik, the possibility of Greylock once again having two ways in and out of the property could have complicated conservation easements, one of which limits the amount of traffic that can use the driveway.

“Had a developer purchased that property, it could have provided a secondary access, which in turn could have undermined the conservation easements,” Zeleznik said. “What we didn’t want was for someone to acquire the gatehouse and then rejoin those two properties.”

“Although we never liked seeing Greylock sit vacant, there hasn't been a responsible proposal for its redevelopment that didn't involve an excessive burden of vehicle traffic into the neighborhood, and our property was a critical piece for any irresponsible development potentially becoming a reality,” they wrote in a prepared statement. “We approached the school about purchasing our property since we felt acquiring it would be a natural extension to the school's campus and we know the school would be the very best stewards for preserving the character of our neighborhood."

Greylock’s troubles came to a head in 2016, when lenders put the property up for sheriff's sale. A new buyer has yet to purchase it. Now assessed at just under $3 million, Greylock was about $1.6 million in debt when it was repossessed by lenders, a group known as Greylock Holdings LLC, in 2004.

Zeleznik said that when Greylock went up for sheriff's sale, he asked the Loftuses to give him the right of first refusal should they ever want to sell.

“They agreed, in principle, as they had been approached by various developers,” he said. “Then they emailed me about two months ago, and said very clearly that they loved Chestnut Hill and didn’t want to see some developer get a hold of this potential access to that estate.”

It didn’t take long for Zeleznik and Joan Giannobile, the director of development and communications, to raise enough money to buy the building for cash.

“We have a small group of donors who care very much about Crefeld, and our values and our mission, and care about conservancy in Chestnut Hill as well,” Giannobile said.

According to Lori Salganicoff, executive director of the Chestnut Hill Conservancy, the gatehouse sale isn’t the only piece of good news regarding Greylock. There’s also new hope for the mansion itself.

The conservancy is currently working with a developer who has come up with “by far the best proposal that we’ve seen,” Salganicoff said. While he is not ready to publicly discuss his proposal, she said, “he’s retained some very talented preservation and conservation minded consultants.”

“We’re hopeful that the future of Greylock will soon be looking sunnier,” Salganicoff said. “It has been a troubled building for years, so we’re excited that both the gatehouse and Greylock itself will soon find new life.”

Meanwhile, Salganicoff said, the current management of the Greylock estate has taken steps to ensure that the building doesn’t continue to deteriorate.

“They’ve taken several measures to mothball the building – such as stopping water infiltration and protecting it from the elements, and they're clearing out some of the deterioration that had happened before,” she said. “They’re also working with landscape architects on just the grounds, getting advised by arborists about what to do with the trees. Essentially they’re trying to make it as safe and as clean as possible.”

The property has been difficult to develop because it is governed by strict historic easements, which protect the mansion itself as well as the open space surrounding it.

According to the easements, the mansion’s exterior must be maintained at defined “minimum maintenance standards;” and proposals to alter significant architectural features must be reviewed and approved by Chestnut Hill Conservancy.

The gatehouse, currently zoned for residential use, does not have similar restrictions.

And it’s still too soon to know how Crefeld will use the property.

“Honestly, I don’t know exactly what we’re doing with the actual house yet,” Zeleznik said. “At this point we’re just pleased that it expands our campus and gives us direct access to the Wissahickon.”