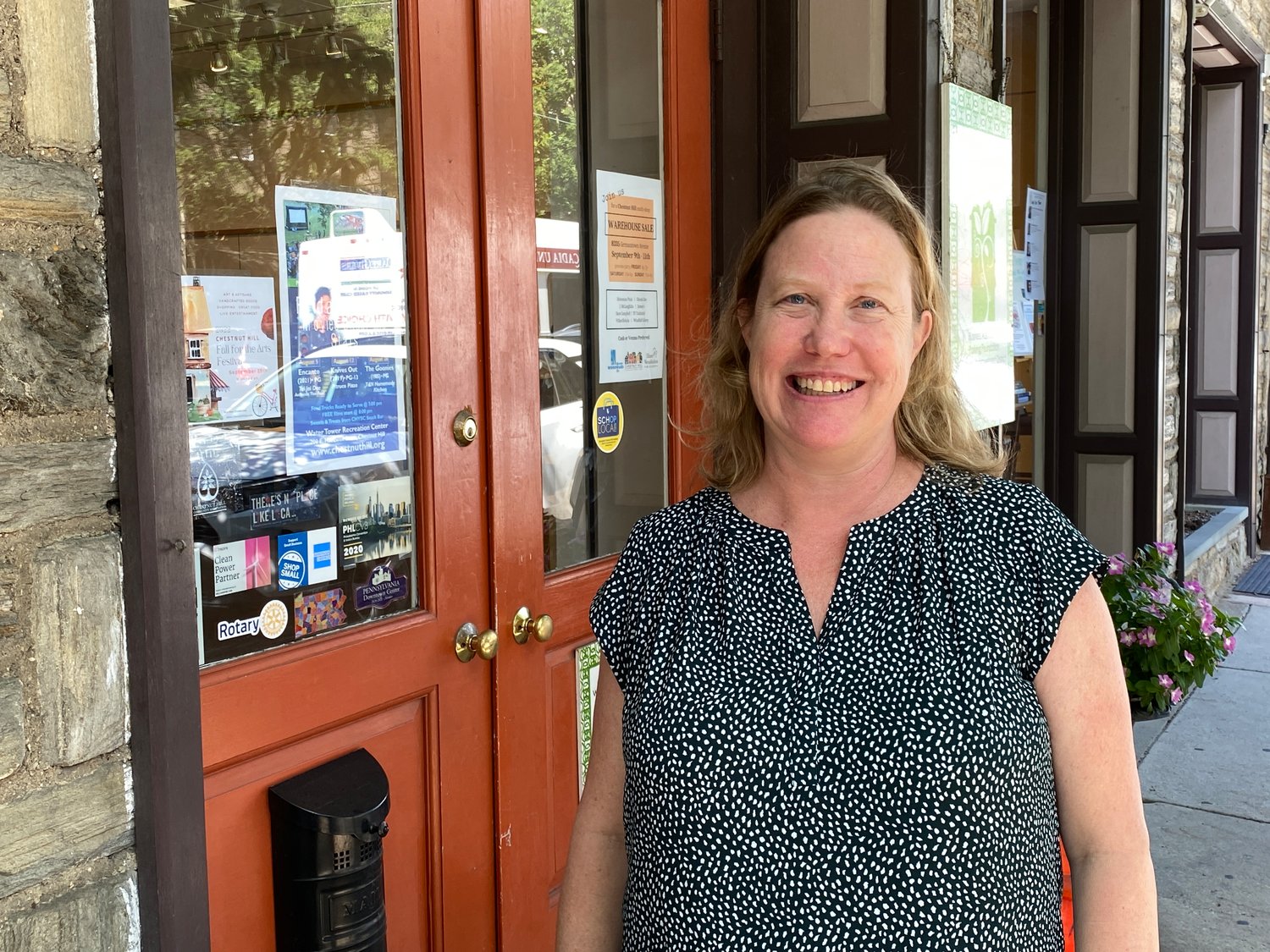 After a five-month search for a new executive director, the Chestnut Hill Business Association has finally found its new leader in recently appointed executive director Courtney O’Neill, who started last Monday. She’s happy to be here.

“I could tell I was going to love it before I even started,” O’Neill said. “The atmosphere here, the way the community really gets involved is something I really like. When you have people who really want to make a difference and you feel like you can take all their energy and harness it and do good - that's what I like to do.”

O’Neill grew up in Bucks County and briefly lived in Nantucket, Mass. where she owned a gift shop called Handblock. She came back to Philadelphia in September of last year to be closer to her family. She was attracted to the Chestnut Hill job because it combined her passion for retail with her fundraising and communications skills, which she used while working for the Nantucket Cottage Hospital.

“It gave me a chance to take my old retail hat and use some of that knowledge,” she said.

O’Neill is eager to get to work and solve problems, but as she gets her feet wet in her new job, she feels her primary responsibility, at least for now, is to listen.

“Right now, I really want to hear from people,” she said. “ I can come in here and say ‘Oh, I think we should do X, Y and Z,’ but that's not going to be a good path to follow. It needs to be all of us agreeing or coming to an understanding of where it should be going.”

The community members she’s met so far have “so many great ideas and things that they would like to see put into place,” she said. “I view my job as taking all of that and putting it into something that's doable and bringing some sense of strategy with it.”

O’Neill’s new job as executive director of the business association also means she oversees the Chestnut Hill Business Improvement District, which collects a mandatory tax on property owners in the district that raises funds to pay for beautification efforts such as street cleaning and plantings. The Business Association differs from the BID in that its membership isn’t mandatory, but the Business Association’s roughly 250 members reap the benefits of the organization’s efforts to market businesses along the avenue. The group has an annual budget of about $300,000. O’Neill will also oversee the Chestnut Hill Parking Foundation, which runs the various parking lots throughout the neighborhood’s business corridor.

O’Neill, who is not related to the organization’s Director of Operations Kate O’Neill (Kate served as interim executive director upon the departure of former executive director Phil Dawson), said she’s particularly interested in learning the challenges many businesses face in the wake of the COVID pandemic.

“You hate to always blame everything on COVID, but it did a number on small towns,” she said. “ In one sense, I feel like it made you remember who your neighbors were and who was running the stores. It made you go back and shop with the people you know and your kids go to school with.”

The ‘shop local’ efforts Hillers emphasize is similar to what O’Neill experienced “on Nantucket.” (Like a true Nantucketer, O’Neill uses the prepositional phrase “on Nantucket” to describe her former island home, instead of “in Nantucket.”)

“People have been cognizant of [the push to shop locally], but that doesn't keep everyone afloat,” she said. “It's about trying to bring back some businesses, some excitement and also give the folks that have been here, that have been sticking it out and are just maybe a little tired and hoping for a ray of sunshine - give them something to be hopeful about and support them.”

O’Neill says she has nothing against big box retailers like Target or Amazon, but sees opportunities to shop within the community as a way to support the community and keep money on the Hill.

“When you're in one of these stores and someone is serving you, chances are they picked out that item, they invested in that item. It's their livelihood,” O’Neill said. “There's something that's kind of special about that, and you feel a little bit better about your purchase because you can see the tangible result of their success.”